After the tenth classic American car in a row cruises past, you know something’s going on.

This is part of Havana’s otherwordly vibe. Yes, you know about Cuba’s turbulent history in relation to its superpower neighbour to the west - and its Communist links to another superpower on the other side of the world. You know it has a reputation for being “old-school cool”...but you didn’t know it would feel like a scene from Back To The Future. 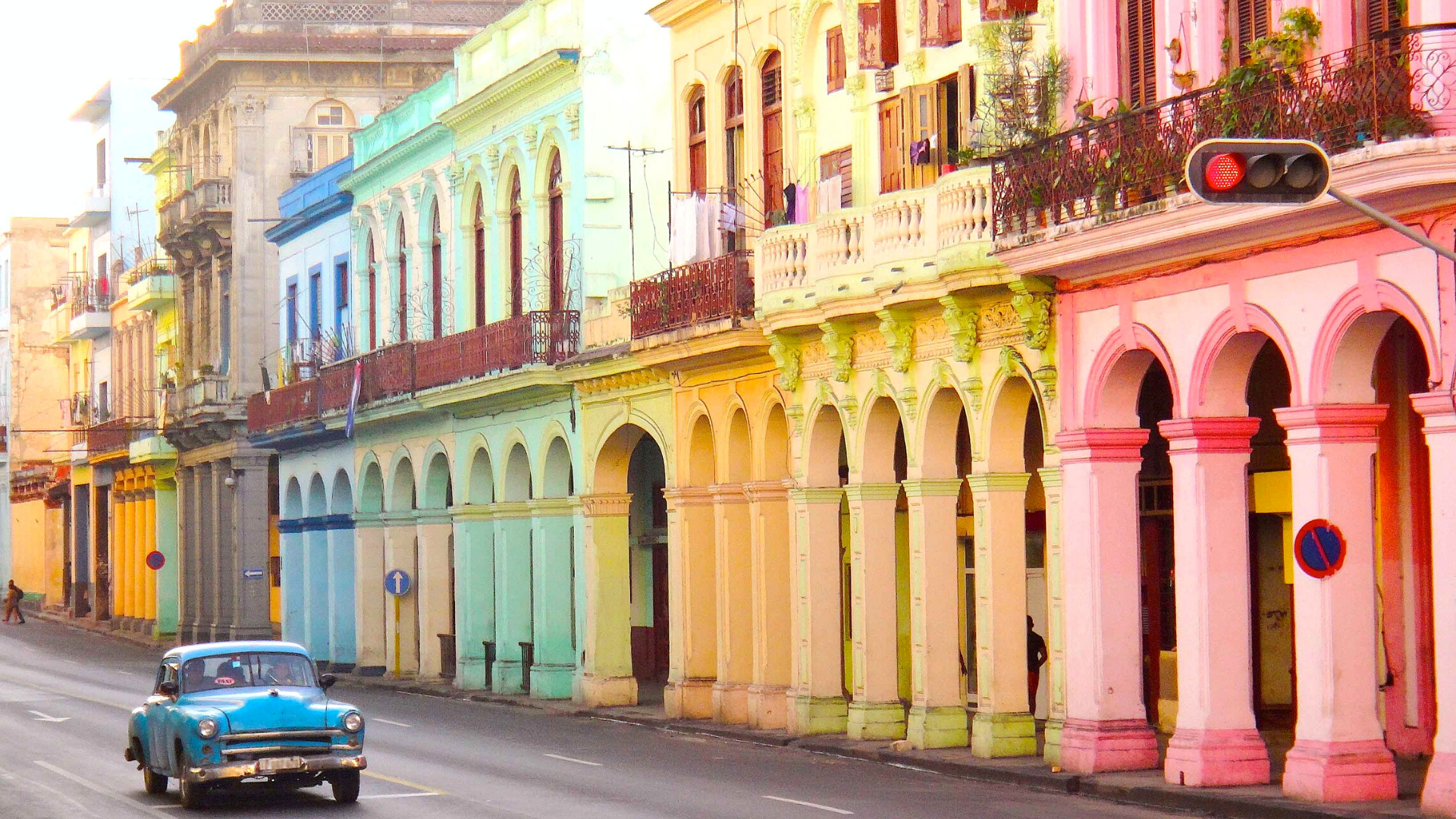 A classic car drives down the street in Old Havana, Cuba

The whole of Cuba can feel like visiting another world - somehow avoiding to feel touristy nor backwatery at the same time, with a coastline ranging from classic Caribbean beaches (bordering on one of the deepest sea trenches on the planet) to rocky cliffs, and an interior featuring colossal savannas and plains, and a long ridge of mountains to the southeast of the island. “Diverse” doesn’t get close.

And then there’s Havana, the capital, made of 2.1 million people living in the same place where Spanish explorers first came ashore and conquered (read: terrorised and largely exterminated) the Taíno natives, turning Cuba into a waypoint on a Spanish invasion of Central America.

(Happily many Taino fled to the interior and survived - and now Taíno culture is making a quiet comeback, thanks to the post-Soviet-supported Cuban government turning to indigenous knowledge of traditional farming and natural medicines after the USSR collapsed in 1991.)

Havana feels frozen in time - and it’s largely down to the cars.

There’s an unforgivably lazy way to understand Havana’s classic car obsession. You simply give in to some of the stereotypes that plague Cuban tourism. “Oh, it’s because they’re poor. Oh, this is what happens when the United States embargoes your entire country. Oh, life here must be hard.”

The reality is nowhere near that simple. Havana, like Cuba in general, is slowly on the up. The country’s GDP has been increasing every single year since 1970. Cuba has high standards of human development, one of the highest literacy rates in the world, and a healthcare system that is underfunded but available to all citizens.

At the same time, wages remain comparatively low (the average salary in a state-run company is $20 a month) and shortages of goods are commonplace - but the country is certainly not stuck in the 1950s. 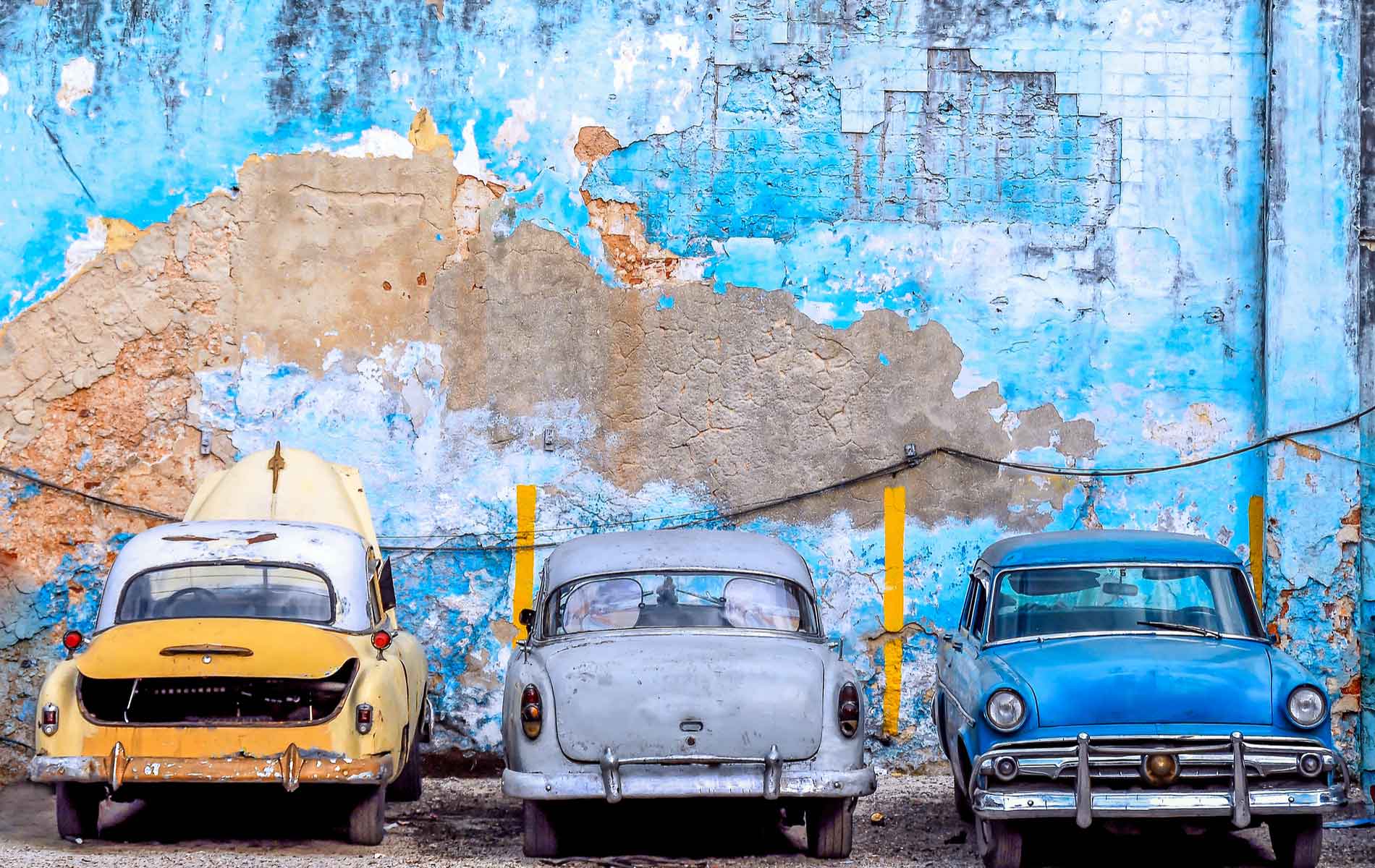 Vintage cars against a blue wall in Havana

Those cars, on the other hand…

There are Chevrolets, Pontiacs, Buicks, Plymouths, Fords and Dodges, all with that “Greased Lightning” feel: lots of polished chrome, bright colours, analogue dashboards with big dials, oversized padded-leather steering wheels, and enormous tail-fins at the back.

With around 60,000 classic American models driving around Cuba right now (around half of which date from the 50s, the rest from earlier), it lives up to its nickname as “one great big car show”.

The other thing that’s weird is that if you really know your cars, these will look...a little strange. You’ll look round the back of a Chevvy and see an exhaust that belongs somewhere entirely different. Open up a 1956 Ford Fairlane and you might find a Toyota engine. Car parts may appear with strange dimensions, welded together seamlessly into something you’d never see on a factory floor.

Where modern cars are too expensive to buy and older models are far too precious to ditch, Cuba’s mechanics have become experts in patching up cars until they’re in working order again. A mechanic can charge $400-500 to repair car into good working order - which presents a good income for those with the skills and access to parts, and is helping to fuel entrepreneurship in Cuba’s homegrown auto service industry.

Most times, it’s junked Russian cars (usually Ladas and Volgas) that provide the major body parts that can be Frankensteined into new life elsewhere, and the join is frequently seamless. Under the hood, a Soviet-era engine may be running on diesel and attached to a Japanese transmission system - but from the outside, that car may look like an all-American swankmobile straight out of the Grease era. 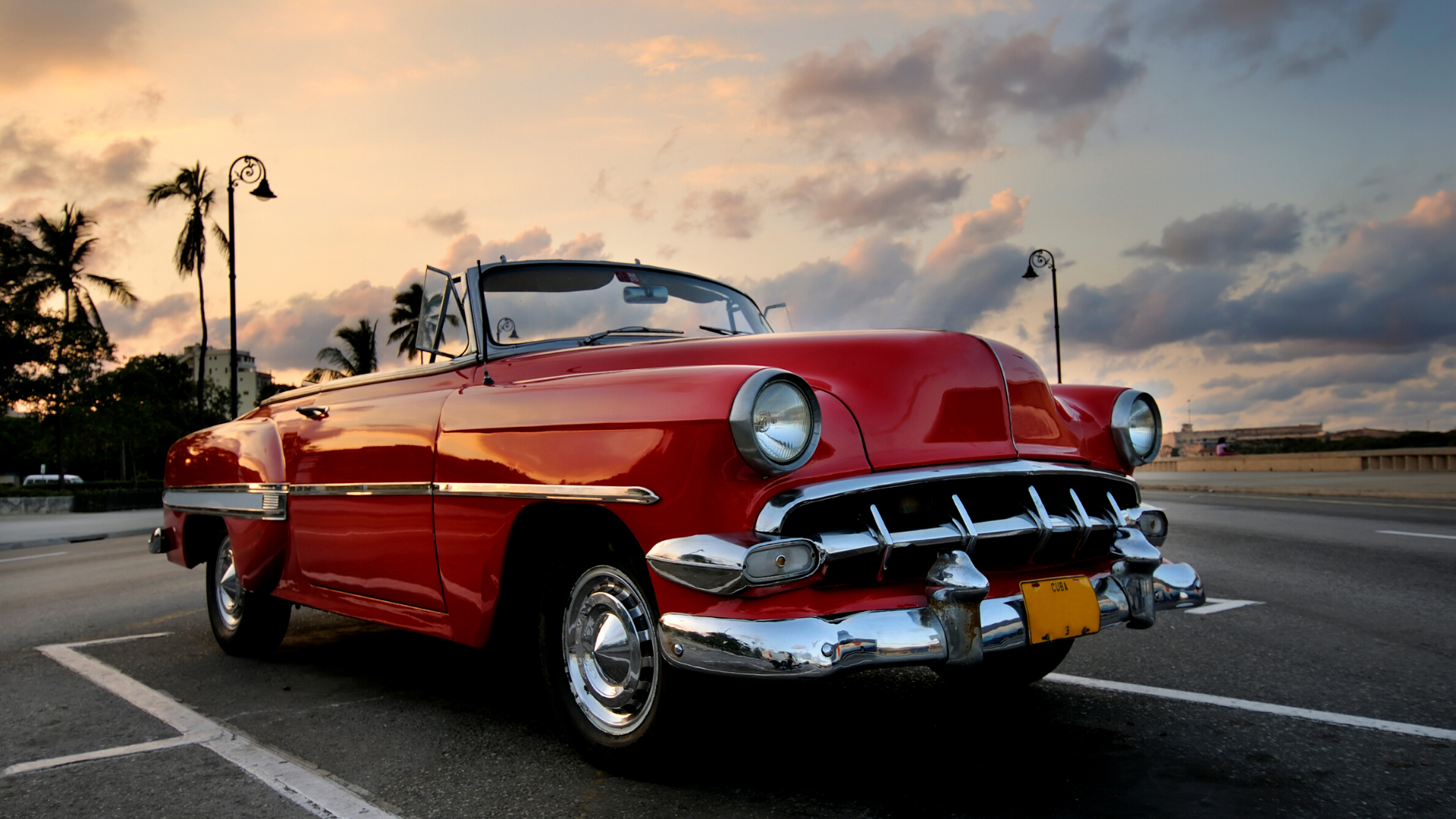 A vintage convertible at sunset in Havana, Cuba

Classic cars may be big business for mechanics, but their popularity isn’t just down to availability. If you’re looking for a tour of the streets of Havana, you’ll have your pick from rows of gorgeous cars lined up anywhere that tourists disembark, their drivers offering to take you exploring for an hourly fee of around $30-$50 in local money.

(A quick word about that money: Cuba is a dual-currency country, with convertible pesos (CUC) and Cuban pesos (CUP) available. The CUC is tied to the US Dollar (1:1), while the CUP is currently around 25 to one dollar - and in practice, they’re both called “the Cuban peso”. Learn the difference if you don’t want to get severely short-changed!)

The taxis, too, are mostly converted classic cars. If you want a good story, ask your driver about the history of his car - it’s bound to be absolutely fascinating, and something of a labour of love. It’ll also be a story about Cuba: once a car arrives in Cuba, it stays there. A law from 2010 forbids foreigners from exporting Cuban cars, including the classics so lovingly restored to serve tourism.

It’s not clear how long things will be like this. Every year, it’s getting a little harder to patch up Cuba’s fleet of classic rides, using parts that remain difficult (or impossible) to import - and in 2016, after four months of negotiations with the government, a US-market car was imported into Cuba for the first time in 58 years (an Infiniti Q60, owned by the company’s Cuban-American global director of design). Factor in the changing face of the US’s diplomatic relations with Cuba (thawing under Obama, frostier again under the Trump administration) and it’s hard to know what’s next for Cuba’s fleet of classic cars.

But for now, if you find yourself in Havana, head to the cruise terminal or capitol building to grab some wheels, and see the streets from the back seat of a bubblegum-coloured convertible from another era. It’s quite the ride.