If you’re walking the streets of a European city for the first time, you might be amazed how the locals are getting themselves about.

No, not walking - although it’s true that walking is vastly more popular in Europe than across the Atlantic. In the United States, just 3% of daily journeys are taken on foot, rising to 11% in Canada. By contrast, it hovers around the 20% mark for most European countries.

But nope, the really surprising difference can be seen with all the narrow paths by the side of the road or alongside pedestrian walkways.

Cycle lanes can be seen the world over (for example, the 1,260 miles of them crisscrossing New York) - but in many places, they’re designed as an afterthought, as part of an automobile-dominated road network instead of separated from it. 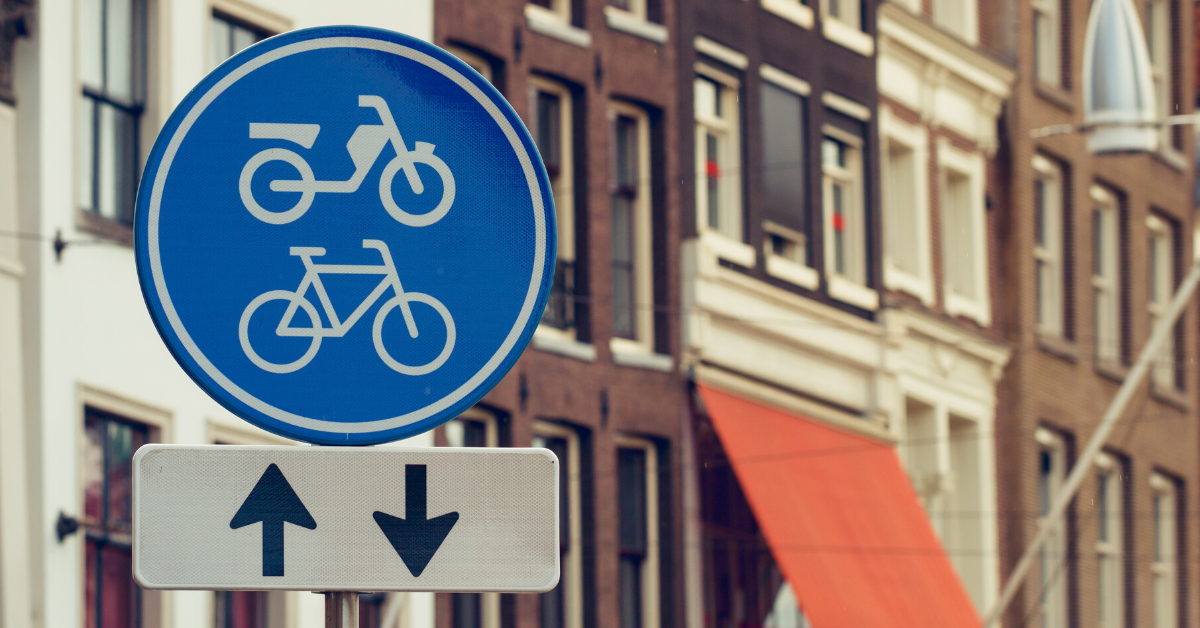 Not surprisingly, where there’s lots of fast traffic, cycling is seen as a risk, which deters many from trying it. In the States, cars are seen as the priority. In biking-mad Europe, dedicated bike lanes have been really quick to catch on, leading to enormous networks threading through and around cities that entirely avoid main roads. Depending on which city or town you’re in, you may even see more bikes than cars.

However, it’s worth noting the huge differences between specific countries, inside and outside Europe. For example, Canada’s cyclists usually outrank those in the United States. You’d think that a colder climate would deter cycling - but if you live in Yukon Territory, you’re more than 3 times more likely to bike to work than if you live in Florida. Clearly it’s not just down to the weather.

(In fact, when it comes to bikes, Canada is generally considered more European than many countries east of the Atlantic. Take these parallels between Finland’s Oulu and Winnipeg, Manitoba.)

The undisputed king of Eurocycling is the Netherlands, where 43% of the country’s entire population clambers onto a bike every single day - and where just 13% of folk never go cycling. Nowhere else in Europe tops this, but in most countries, at least 1 in 10 inhabitants use their bikes every day, and governments act accordingly. Norway is currently investing almost a billion dollars expanding its dedicated biking highways.

So here’s a logical question to ask. Why?

For the last 7 decades, the roads of the world have been dominated by the automobile. Cars are the standard. Why tinker with that?

One answer is the energy problem. Cars burn a huge amount of energy just being made, let alone the usually non-renewable energy cost of the fuel you spend driving them. It really adds up. And with environmental concerns dominating most EU polls, it’s unsurprising that Europeans would want to look for alternatives, like the rapid adoption of plug-in electric vehicles (you’ll probably see a lot of those too, although you might not hear them, since they’re eerily quiet).

But for energy efficiency, nothing gets close to cycling, and that goes for walking as well.

For the same energy you’d burn on a walk, a bike will carry you at least three times the distance. A bicycle is like a car with a fuel efficiency of over 1,000km per litre of gas. 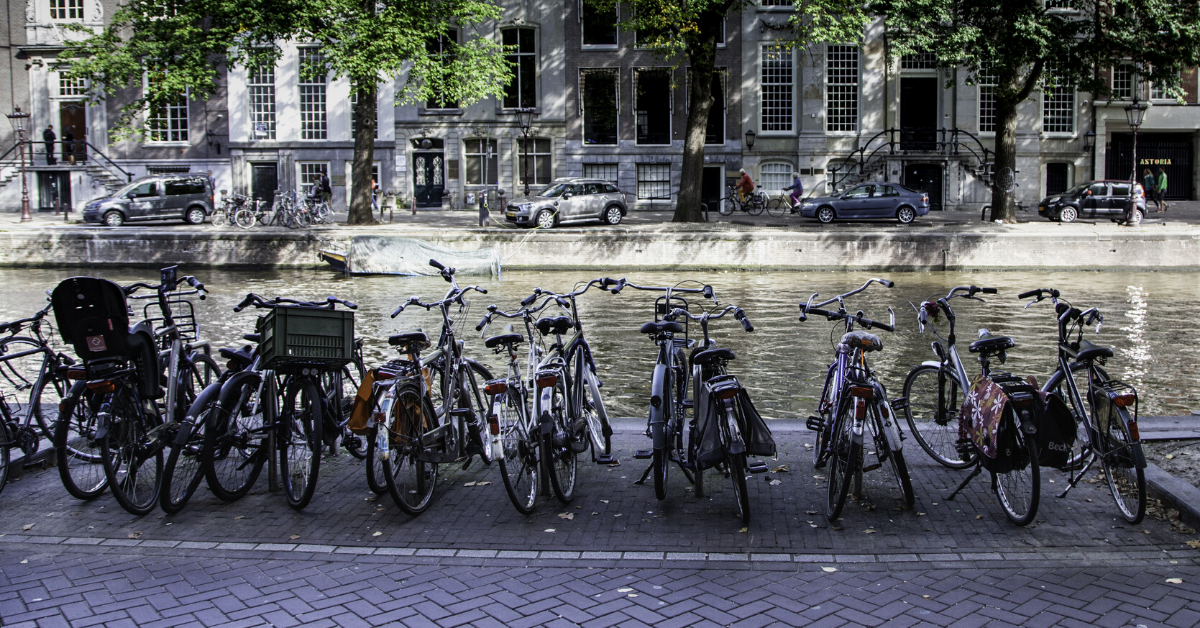 The reason for this is obvious if you’ve ever tried to lift a car up by one end. Unless you’re a professional weightlifter, it probably didn’t budge - which makes sense, because it’s around 20 times heavier than you are. In contrast, a bike is a around a sixth of your weight.

Around 95% of all the energy burnt in a car is devoted to getting that massive weight of metal and chrome down the road, while you’re just a few percentage points that are along for the ride. With a bike, it’s mostly about getting you moving.

Then there’s cost and ease of use. Bikes are comically cheap to run, and as any cyclist can confirm, when you hit gridlocked traffic, you just wheel your bike up onto the verge, or pick it up, and go round it. Very little stops a bike except too-challenging terrain (which explains its popularity in the spirit-level-flat Netherlands) or the fitness of its driver.

But now we get to the biggie.

Fact is, cycling is just makes you feel amazingly good.

The health benefits aren’t in dispute. If your joints aren’t what they used to be, cycling will take the pressure off - while getting you to your destination faster than any knee-pounding sprint ever could.

Like any steady, low-impact cardio exercise, cycling helps you control blood sugar and cholesterol and boosts your immune system, reducing the risk of cardiovascular disease and other ailments - and, according to a study in Shanghai, a work commute by bicycle was associated with lower rates of colon cancer.

All this is probably not much of a surprise. Exercise is always good for us - and that doesn’t help your decision-making a single jot when you’re faced with the prospect of either doing something the easy, comfortable way, or the hard, sweaty, “virtuous” way. Life is short anyway, so why suffer?

But that’s the real joy of cycling, and it’s why Europeans love it so much. 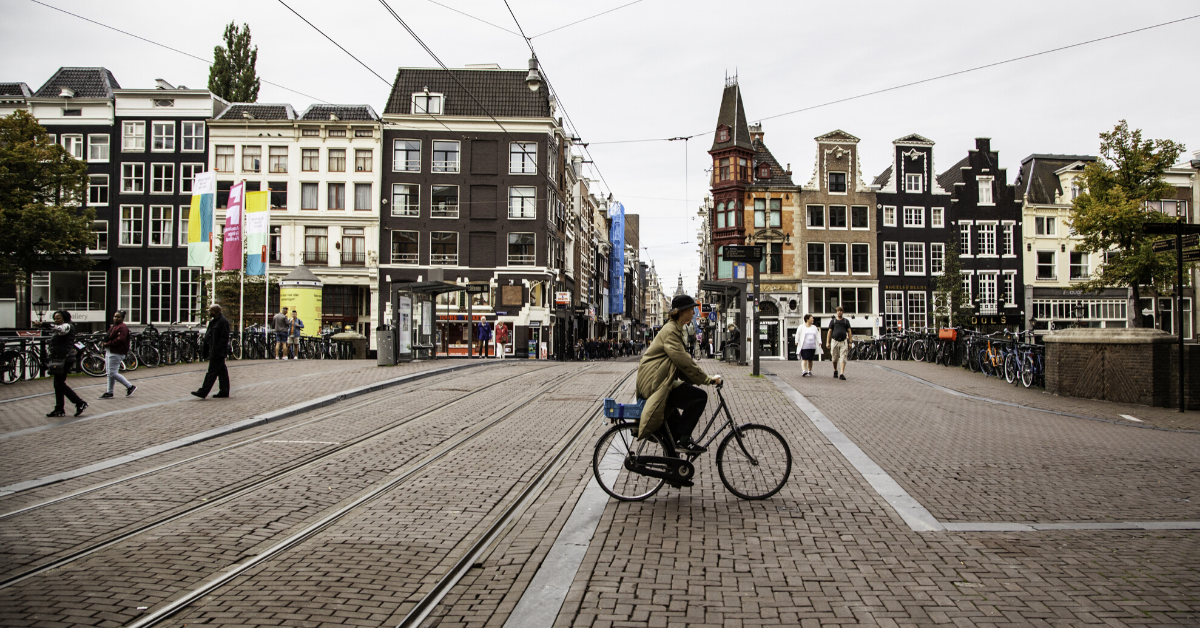 Cycling isn’t suffering. It’s absolutely the nicest way to get around - taking enormous lungfuls of delicious air, having the freedom to improvise your route using alleyways and narrow paths and gaps between things that a car would never fit down, drifting along smoothly in near-silence so you’re able to hear just about everything, and the never-gets-old experience of getting off your bike, chaining it somewhere appropriate and turning into a pedestrian in around 10 seconds, with none of the expensive hassle of finding a parking spot.

(Urban planners love this, since between 7 and 12 bikes will fit into the average car parking space.)

All this combines with the gentle exercise and simply makes you feel really, really good. You’ll have a smile on your face that will last you the rest of the day. You’ll feel fresh-faced and aglow with energy - and as studies have confirmed, you’ll be happier and more mentally resilient than your car-driving neighbours.

So you may be amazed at the number of bikes drifting, rolling and zipping around - but check out the faces of the people atop them. Look at how happier and calmer they look.

The explanation for that isn’t “because, Europe”. It’s “because, bikes”.

It may look a bit weird - but trust them. They know what they’re doing.