Britain And Tea: The Bitter Truths Behind The Modern Myth

It’s hard to imagine a Britain without tea. Take any trip around this sovereign country (perhaps our Cornwall & the Isles of Scilly, Scotland by Sea, or Gardens of England & France trips?) and you will be inescapably awash with the stuff. The nation’s favourite drink is obsessively consumed in astonishing quantities - an average of 165 million cups a day (that’s enough to fill 20 Olympic size swimming pools) - and in all walks of life, from fancy china teapots in expensive tea-rooms, to hot water hastily sloshed onto tea bags to make a “builder’s brew” for someone on their tea break at work.

It’s everywhere, and drunk by virtually everyone. So it’d be easy to think it has always been this way, going back thousands of years, as British as the rain. We Brits always drank tea, and we always will, because that’s who we are, and anyway, what else would we drink? 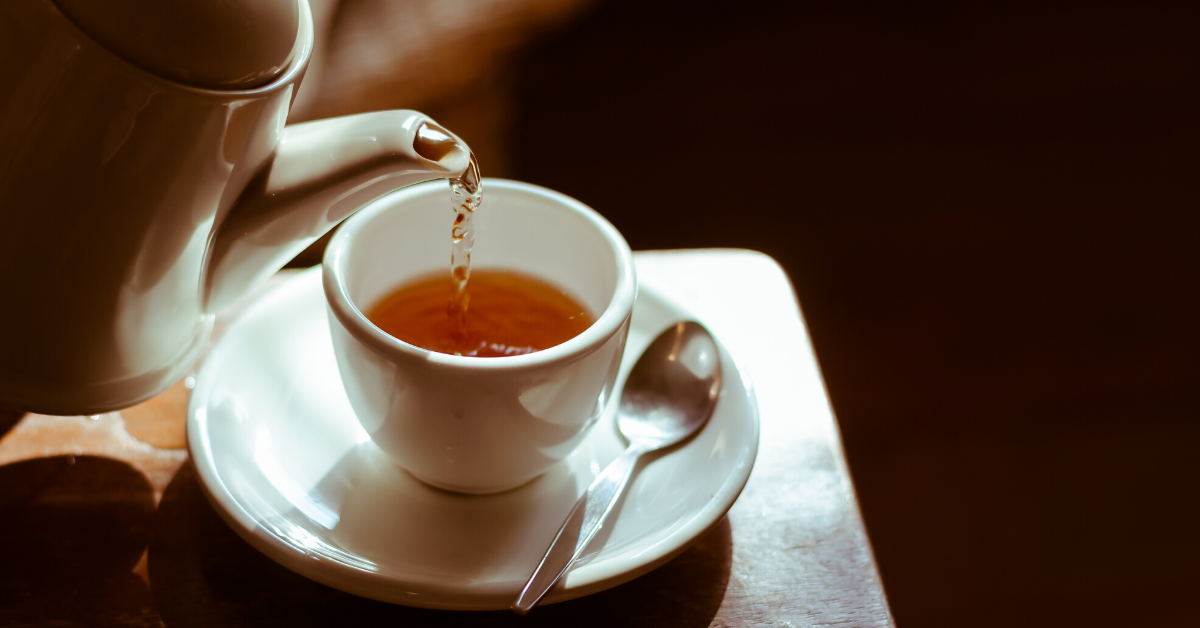 Any historian will answer that for you without thinking: over the entire span of British history, beer was the winner by far. Brewing was well established by the time the Romans arrived in 54 BC, and during the following two thousand years when water supplies were frequently untrustworthy, especially in big cities like London and Manchester, beer was seen as the safer option.

So when did we Brits make the switch to tea, relegating beer into second place and constructing the myth that we’ve always been a tea-drinking nation? For answers, we have to look to the mid 17th Century - where we find that a fascinating new beverage from the continent made from the roasted & ground beans of the Coffea plant is all the rage.

Yep. In our haste to label coffee as a new-fangled import that threatens our most traditional of beverages, we’ve forgotten that coffee came first - and it was that drink, not tea, that created cafe culture in Britain and the rest of Europe.

Not only that, but coffee was seen as the drink of the masses, although still well behind beer at this point: relatively cheap, increasingly available in a number of lively public venues, and desperately fashionable. The first coffee house in England was established in 1851, and there are still a few dotted around the UK with eye-popping lineages, led by the one on Queen’s Lane in Oxford, opened in 1654 and still going strong.

These days, we still drink 70 million cups of coffee a day, recently leading Jeffrey Young, chairman of the Allegra Foundation food group, to remark, “we have moved from a nation of tea drinkers and occasional instant coffee drinkers to a nation of coffee lovers and even coffee geeks.” 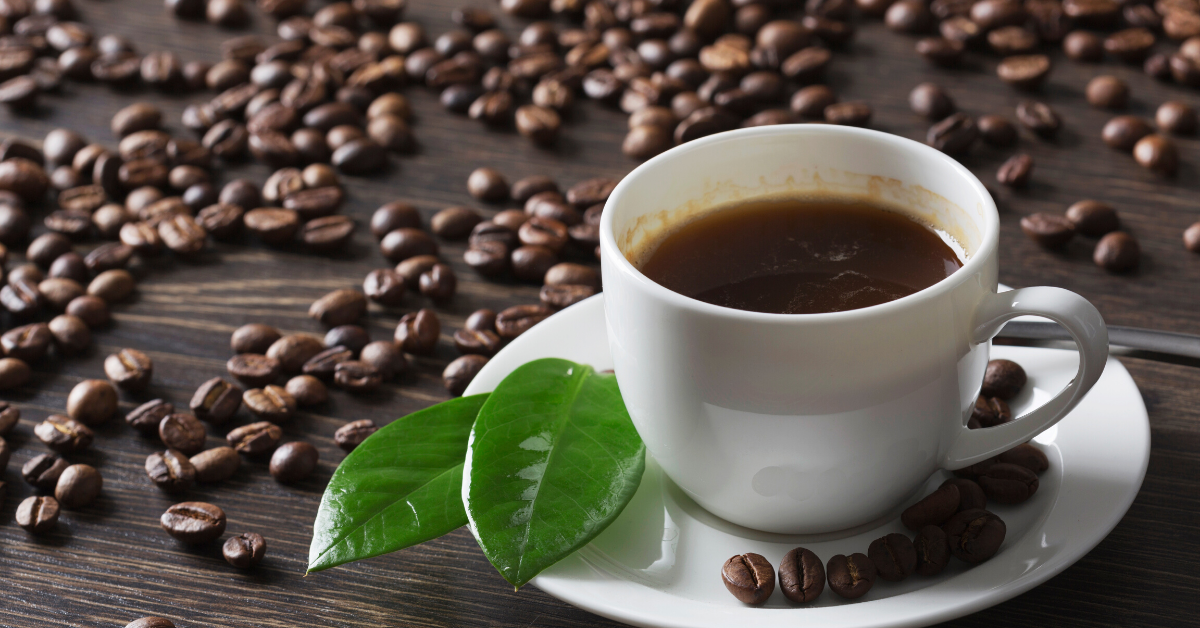 Except, that’s still less than half of the tea we drink. It’s still tea that’s way ahead of the rest - and that’s really surprising, when you look at how the drink got started.

Back when coffee was first exploding in popularity, tea was already making its way to British shores, but exceptionally hard to come by in comparison. There was no direct trade between Britain and China, there was as yet no British Empire in India, and the only tea leaves entering the country were via the Dutch, who imposed heavy taxes on them, driving the price through the roof. (A pound of tea could cost as much as a year’s wages for someone with a working-class income.)

Unsurprisingly, only the wealthy drank tea, and they only usually did so for medical reasons, since in those days tea was sold as a health tonic, drank to cleanse the spleen of toxins.

It now seems the reason tea took off as a recreational beverage is the Queen consort of British King Charles II, Catherine of Braganza, daughter of Portugal’s King John IV. It was she who loved a cup of tea in the morning for non-medical reasons, and as royals tend to set the fashion, everyone around her leapt on the bandwagon.

(It also seems that Catherine used her tea-drinking strategically, to encourage her always-busy husband to slow down and share a few minutes with her every day for conversational purposes.)

Over time, what is now considered “tea-drinking culture” in Britain, with all the paraphernalia usually seen in the UK’s fancier tea-rooms, the bone china services, the silver teaspoons, the 207 types of tea strainers registered at the British Patents Office, and the oh-so-fancy cups that make your pinky finger wiggle delightfully in the air when you take a sip - it’s all adopted and adapted from elsewhere. Mostly the tea rituals of China, with more and more influence from India as the British Empire took hold.

The name “tea”, by the way, is often said to have arisen from the phrase “Transport of Aromatic Herbs”. As with other similarly neat explanations, it’s almost certainly a myth, and more likely is the derivation from the word “cha” or “chai” - with the smoking gun being that the Chinese character for “cha” looks an awful lot like a Latin ‘“t”.

Britain may be enduringly tea-mad, but like tea-culture itself, it’s all imported - the bulk of it from plantations in Kenya. Europe’s cool climate is generally poorly suited to tea leaf cultivation, and while there are a few tea gardens here and there, mostly running for the tourist-attracting novelty value, there’s only one place it’s actually grown at the factory level. 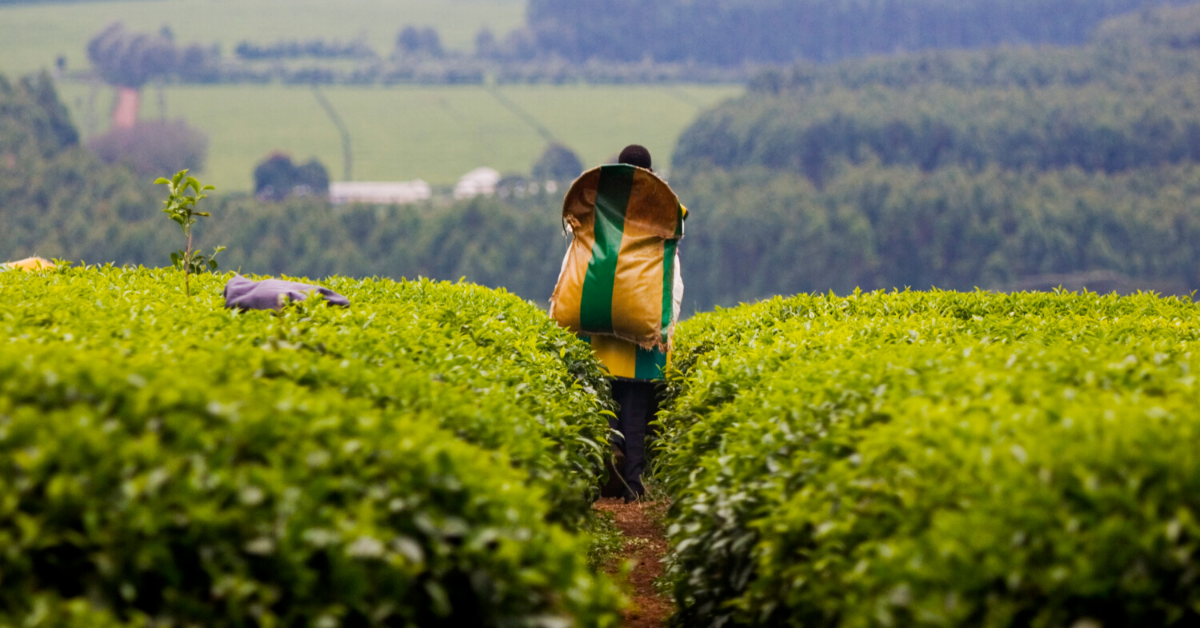 The Gorreana tea plantation is 137 years old this year, and currently into its 6th generation of owners. It’s in Portugal, but don’t go looking for it on the mainland - if you want the tour, you’ll have to leap on a plane and head to the middle of the Atlantic, exactly as we’re doing whenever we get back to the Azores!

A century ago, the Gorreana estate was the first place on the island to get electricity, via a water generator - and it’s cost-saving measures like this that have allowed it to thrive on a relatively small yearly output of tea. It’s also uniquely Azorean: there are no pests on the islands, so no pesticides or fungicides are required to safeguard the crops and the tea is entirely organic.

It’s also powerful, with twice the polyphenols (which give that distinct, bitter tea taste that makes your teeth squeak) and therefore double the amino acids of Chinese varieties of tea. It’s an unmistakable flavour, and much-prized amongst tea connoisseurs. It’s also 100% European, from the ground to the cup - the only bulk brand that can lay that claim.

So I’m sorry, my fellow countrymen. We may love tea almost as much as Queen and country (arguably a lot more, in fact), but as difficult as it may be to conceive, tea’s history in Europe, from its origins to the present day, is distinctly Portuguese. Portugal is why Britain went tea-mad, and Portugal is the only country farming its own tea within European borders. It seems likely that Catherine of Braganza would be absolutely delighted at this turn of events.

That’s the truth, fellow Brits. It’s time we sipped it up.