A walk through the different souks and medinas of Morocco

Morocco is a modern country, but one cannot help but be enamored of its deep reverence for tradition and culture. In modern Morocco, old-style living hasn’t disrupted its coming of age, as locals still live in medinas and shop in souks, as they have for hundreds of years.

Souks are traditional street marketplaces typically divided into sections per trade, so expect to see herbalists, spice sellers, metal fabricators, leather tanners, and food markets congregated along their specially designated alleys. It’s easy to get lost in souks, as they tend to be arranged in a haphazard maze of alleys and narrow streets.

On the other hand, medinas are the old, historic parts of a town, usually surrounded by high stone walls and divided into smaller sections called quartiers, each having its own mosque, hammam (bathhouse), communal bread oven, madrasa (school), main water fountain, and trade shops. These structures are designed to serve the community, but have since become popular spots for tourists to walk around.

You’ll find souks all over Morocco but some of the world’s most renowned marketplaces are the souks of Marrakesh. Marrakchi souks are rewarding tourist destinations, as these are chock-full of Morocco's best handicrafts, the handiwork of a rich craftsman culture. Here, the souks themselves are differentiated by industry, although you can still expect to find a little bit of everything in all of them. 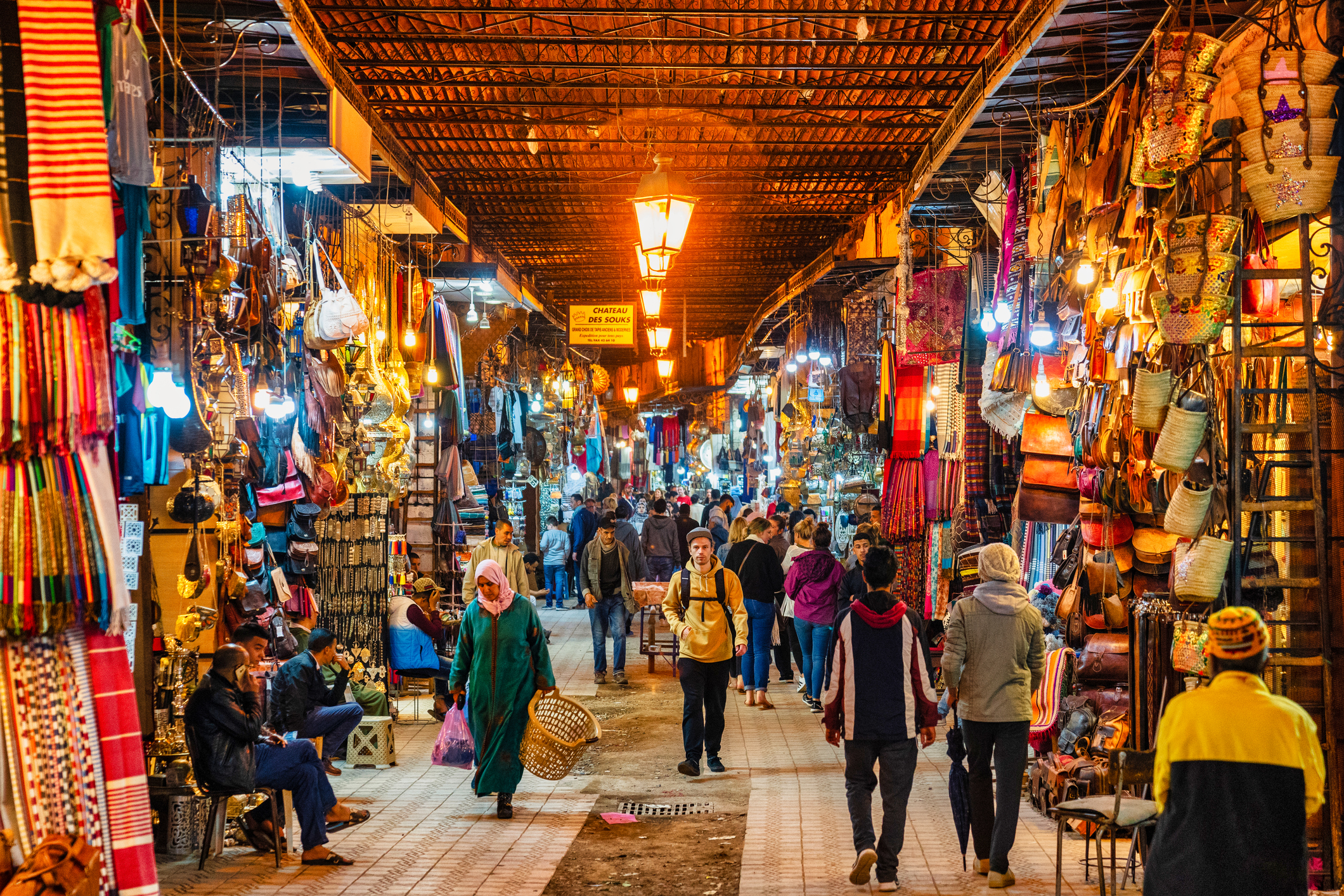 One of narrow streets in the souk of Marrakech, Morocco.

Check out Souk Chouari, Souk Haddadine, Souk Seffarine, and Souk Fehkarine for all your carpentry, blacksmithing, brass, and pottery (respectively) needs. Souk Cherratin specializes in leather goods such as bags, belts, purses, and wallets. Souk Smata, also lovingly referred to as “Slippers Souk,” is the best place to get babouches (traditional Moroccan leather slippers). Lastly, drop by Souk Bab El-Khemis for trinkets, clothes, and other utilitarian objects — this flea market-style souk is open on Thursdays and Sundays only.

The renowned medinas of Morocco

Morocco is a complex marriage of old and new, which is sure to excite visitors looking to be charmed by the city’s modern vibe and ancient traces. Its medinas are still encompassed by towering walls and narrow streets, but are now filled with a smattering of modern watering holes, restaurants, and nightspots. Five of the most popular ones are Djemaa El-Fna, Fez Medina, Rabat, Casablanca, and Tangier.

Marrakesh is the country’s cultural, economic, and political center. Nicknamed “The Ochre City” and “The Daughter of the Desert,” it is home to the quintessential medina, Djemaa El-Fna. Here you’ll find a ton of stalls selling street foods, spices, handicrafts, traditional clothing, henna for tattoos, and perfume. Djemaa El-Fna is where you’ll find the Koutoubia mosque and the El-Badi Palace, two excellent examples of Moorish architecture. 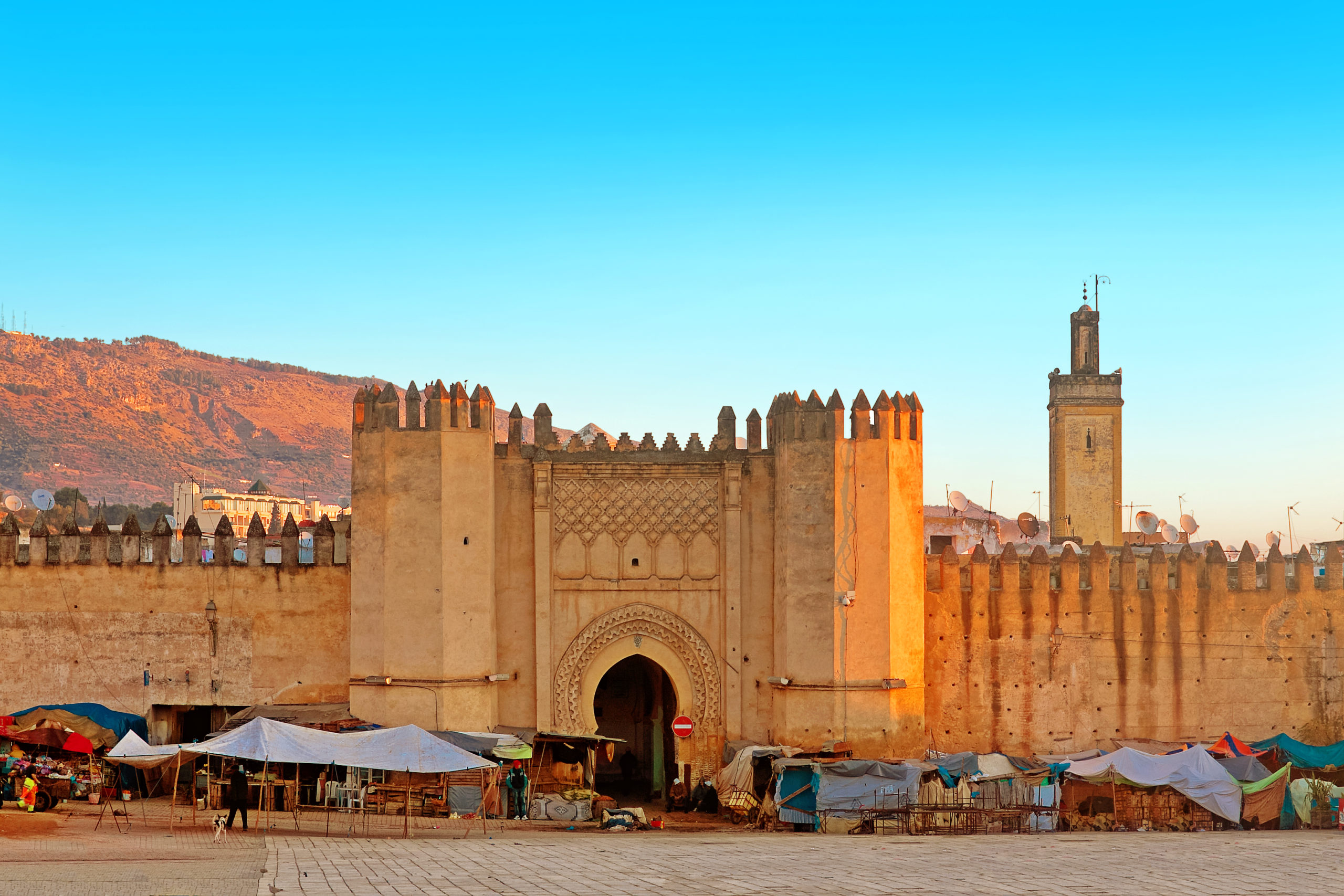 Fez, the former capital, is one of Morocco’s four imperial cities and is one of the oldest and largest medieval locations in the world. The Fez Medina (Old Fez) was established in the 9th century, and is considered the most well-preserved in the country — it has been on UNESCO’s World Heritage list since 1981. It is said that Old Fez would still be recognizable to medieval residents, as the culture and layout remain unchanged. The new Fez city was even intentionally built outside of the medina, in an effort to avoid touching any of Old Fez’s features.

Aside from artisanal shops, you’ll find the gardens and palace of Fez el Djedid within the medina’s walls. The Moroccan royal family still uses this every now and then as a private residence. 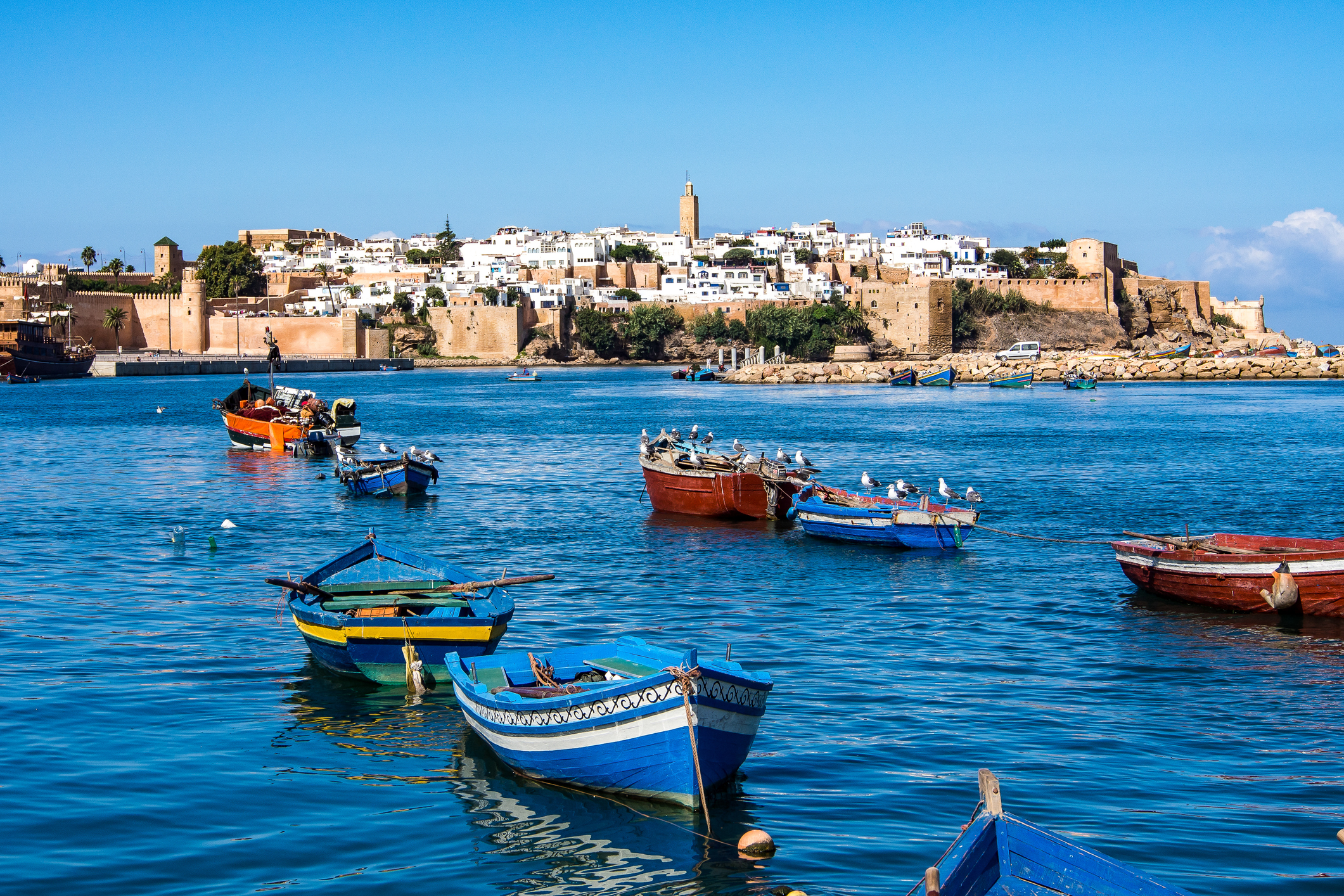 View of the harbour of Rabat, Morocco located in the river Bou Regreg at the mouth of the Atlantic Ocean.

The capital city of Rabat is situated along the coast of the Atlantic Ocean. Built by Andalusian refugees, it was formerly situated in its medina. Today, it is known for being less crowded and more laid-back than the other big medinas in the country. Rabat is best known for its tea purveyors — menthe (mint) tea leaves from here are considered to be the best in the world. You’ll also find many leather, carpet, and wood products here.

Casablanca is Morocco’s largest city and chief port. The region was heavily influenced by the Portuguese; it was considered a safe harbour for Portuguese pirates and privateers in the early 15th century. It grew in size in the 19th century due to the arrival of the British and the French; by the end of the century, almost half of Casablanca’s population was comprised of European expatriates.

This deep multicultural exposure makes Casablanca truly unique. It is known across the globe for Cinema Rialto, a famous art-deco structure exalted for its beautiful exterior with high windows and gilded balconies. The medina is also known for its selection of teas, contemporary art, oils, and artisanal shoes and leather goods. Be warned, however: this medina is usually extremely crowded, especially on the weekends.

Tangier is situated on the Maghreb coast, along the entrance to the Strait of Gibraltar. As such, it was deeply influenced by the Spanish and the British. The Tangier medina is full of cafés where one can quietly watch the street life over a pot of menthe tea as the sun sets. At its heart is Petit Socco — also called Souk Dakhli — which is full of tea shops and clothing shops. It’s an ancient city where one cannot help but feel some nostalgia with a tinge of romance — many notable writers and poets have made this city their home away from home. 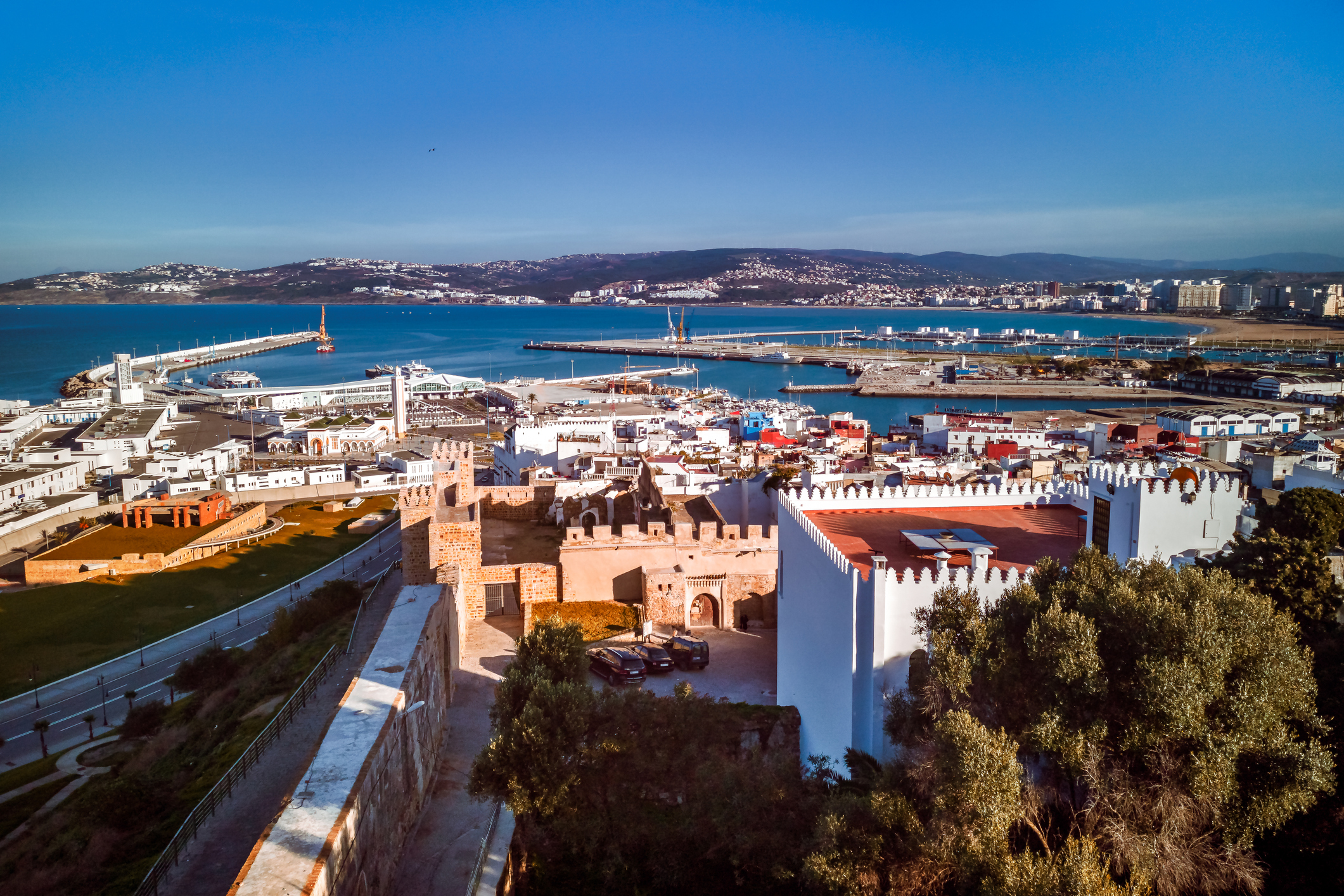 The old medina and the port of Tangier, Morocco.

Wheel & Anchor is a community of like-minded travellers. Become a part of our story of discovery by signing up today. Learn more about our future tours and destinations on our Tours page.