That the French love cheese is well-documented. After all, the average consumption of cheese in the country is 24.4 kilograms per person per year (read: a lot). And with over 1,600 types of cheese spread over 13 regions in the country, who wouldn't develop a love affair with the stuff? Fromage is a way of life in La Republique, and the Francais take it so seriously that their government established the Appelation d’Origine Controllee (AOC), a wine, cheese, and butter classification and certification authority that ensures producers adhere to strict production methods native to particular terroirs (geographic regions). 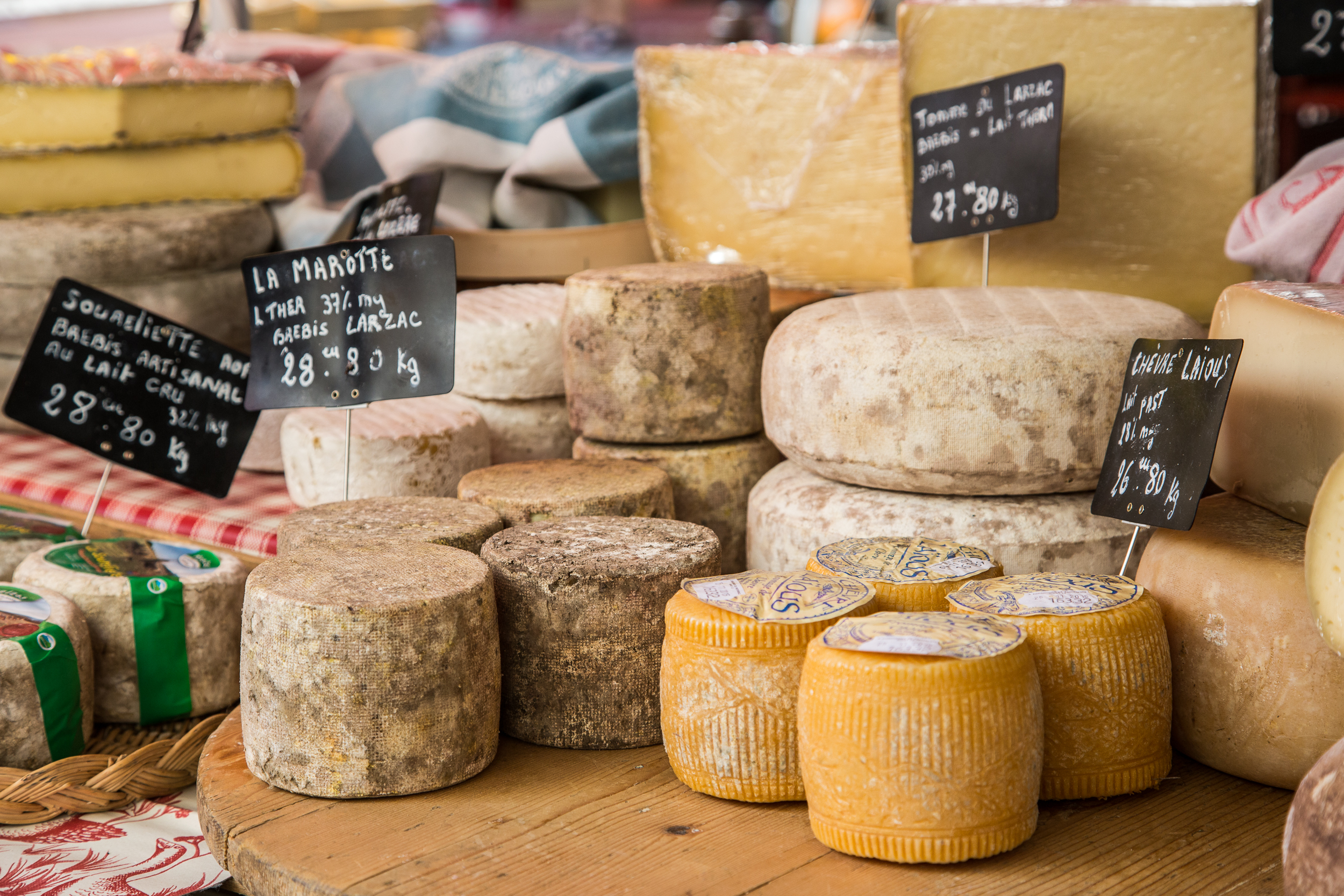 This is why French cheese is truly unique. Factors like milk sources, vegetation and diet of milk producers, temperature and humidity, and mineral content in the soil are all carefully applied at every step of the cheesemaking process. These are all done to ensure that the final product can be enjoyed as intended — as people have for hundreds of years.

Below are brief descriptions of the different types of cheese, as well as some of France’s most notable histoires sur la fromage: 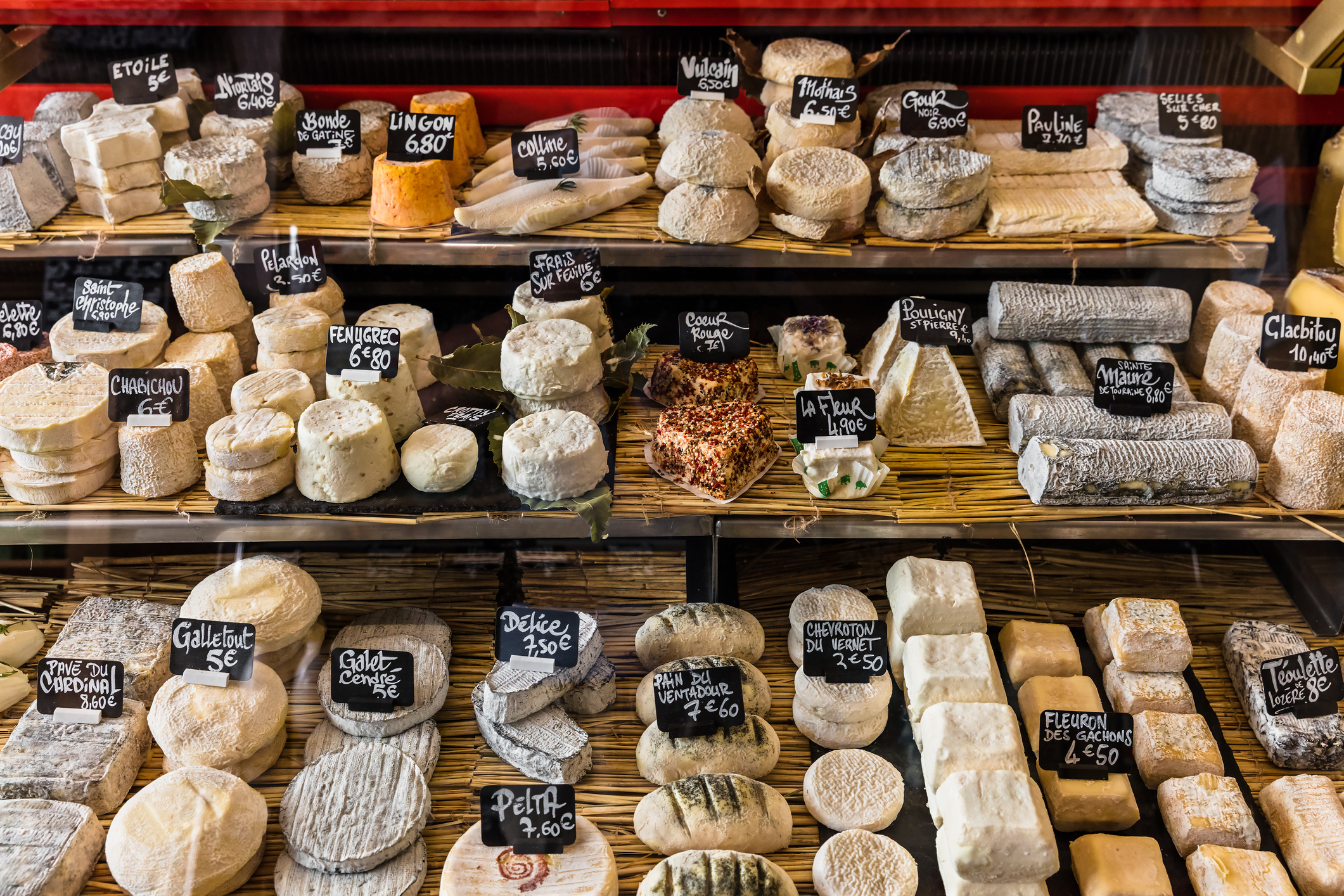 Different cheeses on the counter of a small store at the Aligre Market. Paris, France.