Clotted, Crimped And Scooped: The Delicious, Exhausting Cuisine Of Cornwall

I poke at the thick dollop of cream I’ve just spooned onto my scone. It has a slight crust, and it’s incredibly dense and stodgy, like butter recently taken from the fridge. I try to spread it around - and the scone can’t take it, and starts to crumble apart.

“If you mean safe as in edible, yes! If you mean healthy, well, that’s probably a different conversation.”

I carefully pick up the biggest fragment of my cream-slathered scone, drop a coin-sized dollop of strawberry jam onto the top of it, and take a bite. 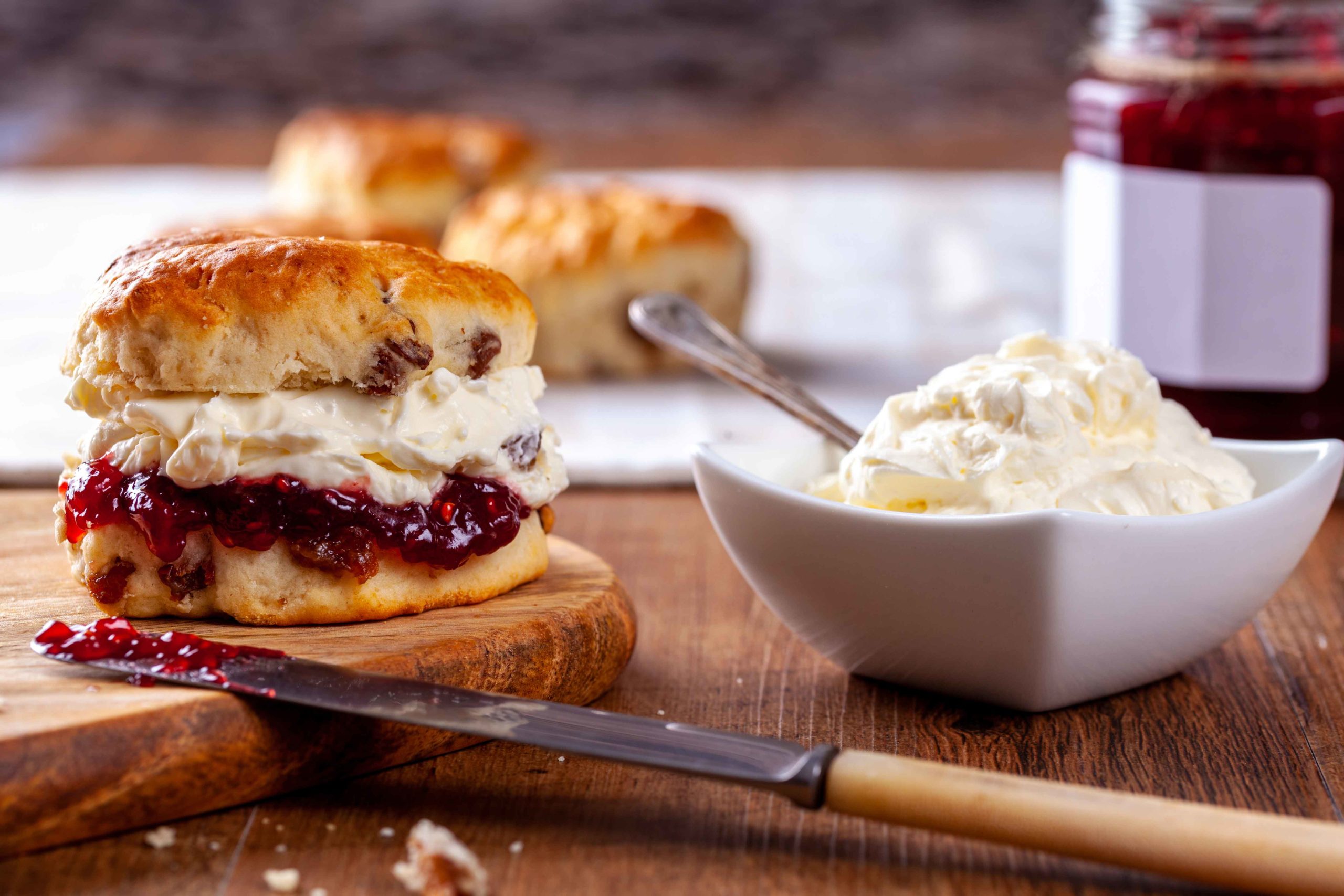 I’ve had clotted cream before. But this isn’t just clotted cream - it’s Cornish clotted cream, and the difference is there to taste. It’s all about the fat content (hence my friend’s comment about the healthiness of it): by EU law, a clotted cream cannot be called Cornish unless it’s from Cornwall AND has a minimum fat content of 55%. Evidently other creams I’ve tried were well below this standard, because this is rich and velvety in a way I’ve never tasted before.

You probably won’t find this stuff abroad. For a long time, traditional clotted cream like this was banned because it was made using unpasteurized milk (where the milk is heated to render it safe from bacteria) - and it seems this stigma still exists, even with the recent growth of popularity of ‘raw milk’ products.

However, Cornish cream is now typically made with fresh milk heated with steam, meaning the finished cream itself is heat-treated and therefore safe. Its signature thickness comes from how it’s left to slowly cool to room temperature, until it forms clouts, lumps that stick together into a thick, baked crust which is scraped off and put into jars. That’s the clotted cream, where all the flavour is.

Clotted cream is a good example of the best of Cornwall’s food, in that it tastes incredibly delicious, sounds delightfully weird, and is most definitely not good for your waistline in the long run.

A taste-explosive, high-calorie diet makes perfect sense when you look at Cornwall on a map of the UK. It’s a county that forms the “boot” of England, an enormous peninsula of land thrusting into the Atlantic ocean, lashed by storms in the winter and strong winds even at the height of summer. But like the nearby Scilly Isles, Cornwall’s inland climate is as warm and friendly as its people - there, you’ll find mild winters and warm, drowsy summers. 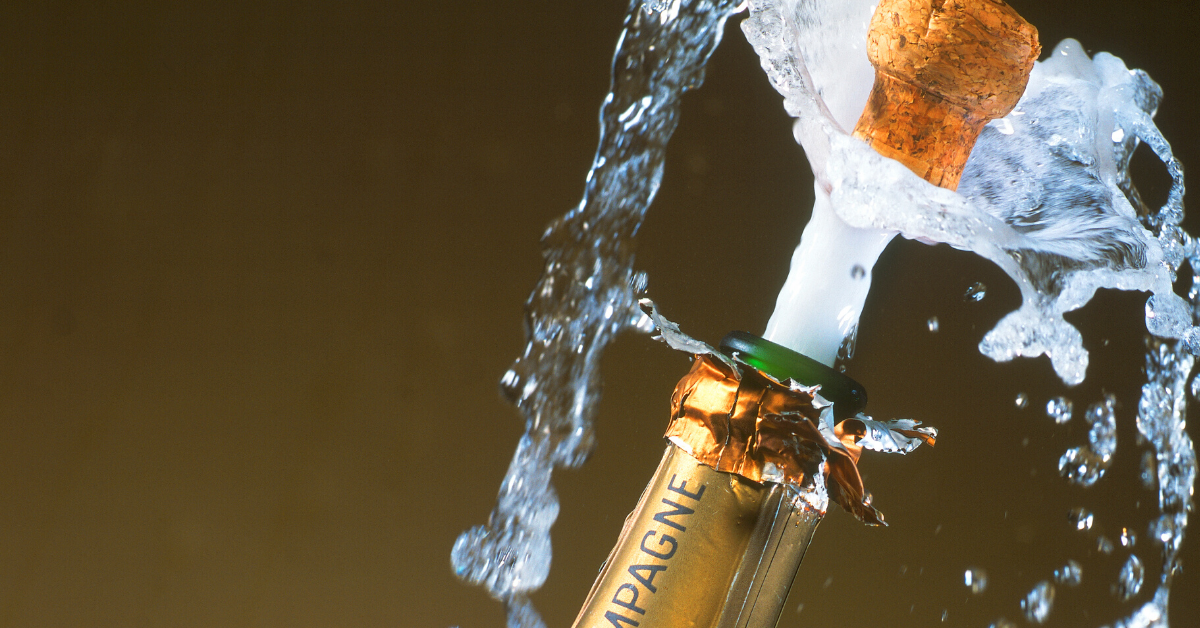 Yet there’s that rugged coast which surrounds almost everything - most recently showcased as the stunning backdrop for the BBC’s Poldark. You can burn off a lot of clotted cream walking along those sea cliffs.

If you’re out for a day’s walk in Cornwall, you should probably pack a Cornish pasty. According to its Protected Geographical Indication status (2011), this is a circle of shortcrust pastry filled with diced beef, chopped swede and onion, folded over into a pocket, crimped along one semicircular edge, and then baked in an oven.

That’s called a tiddy oggie (local-speak for such a pasty, where “tiddy” is Cornish/Devon for “potato”).

Legend has it that pasties were invented as portable, edible lunchboxes for miners, famers and fishermen, designed to be held in one hand, which is perhaps where the fingerprint-like crimping comes from. After eating the middle, miners would throw away the thick pastry edge, which would now contain poisonous tin or copper dust from their fingers. When the Cornish mining industry fell apart in the 19th Century, and workers sought employment overseas, they took the oggie with them.

It’s a nice tale, and probably what you’ll be told - and like the pasty itself, you’d best take it with a pinch of salt, because nobody knows the true history for sure. No matter. It works just as the legend says, and that’s the main thing. 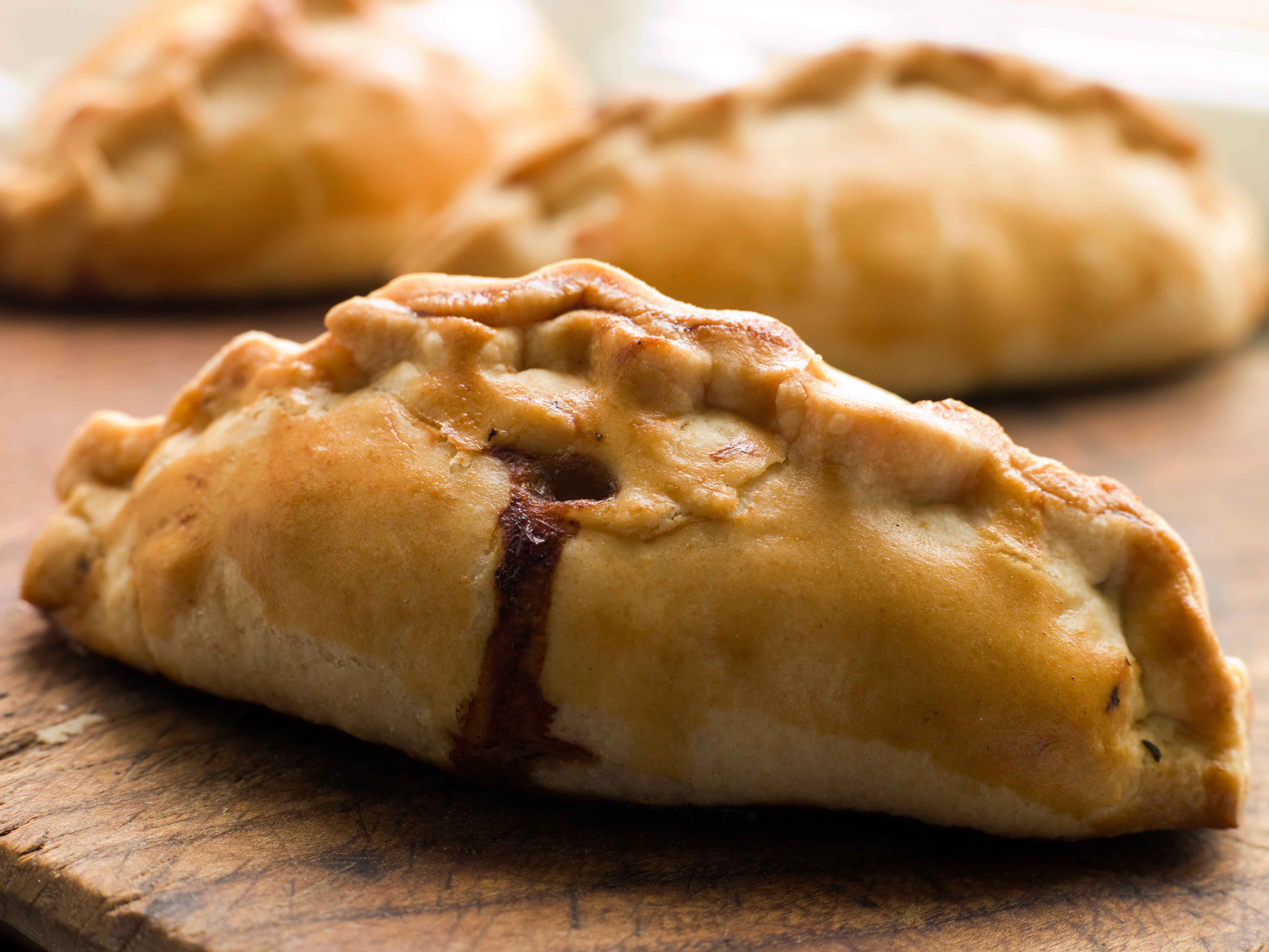 (Just watch your calories: a traditional pasty will have a fair amount of saturated fat.)

If you’re feeling a bit leaden of stomach from clotted cream scones for brunch and a big pasty for an afternoon snack, why not freshen the palate with a big scoop of Cornish ice-cream stuck on a wafer cone? It’s Britain’s tastiest vanilla ice-cream, with an unmatched creamy texture - which is because (you guessed it) it’s made with Cornish clotted cream.

If you were hoping for a low-cal option, keep looking: rumour has it that some varieties have started using sorbet, which should help spread the calories out somewhat.

In the unlikely event you still have room in your stomach, why not now grab a saffron loaf? It’s a yellow bread probably studded with currents, raisins or chopped fruit (it also comes in the form of a bun), and it’s infused with the most expensive spice in the world.

Saffron comes from the dried stigmas of the flowers of Crocus sativus, and by weight, it’s still more expensive than gold: dried saffron strands weigh almost nothing, but go an extraordinarily long way when you’re cooking with them. In this case, they turn bread yellow, and give it a slight honey-mixed-with-hay flavour. Saffron buns are terrific straight out of the oven - and, yes, they will land on your stomach like a ton of bricks.

A day of super-rich Cornish eating may want to make you skip dinner and get an early night. No judgement if you decide to do that, of course - but if you want a savoury that bursts with flavour but won’t inflate you like a hot-air balloon, order a crab sandwich (brown bread, no mayo, if you’re doing it right). 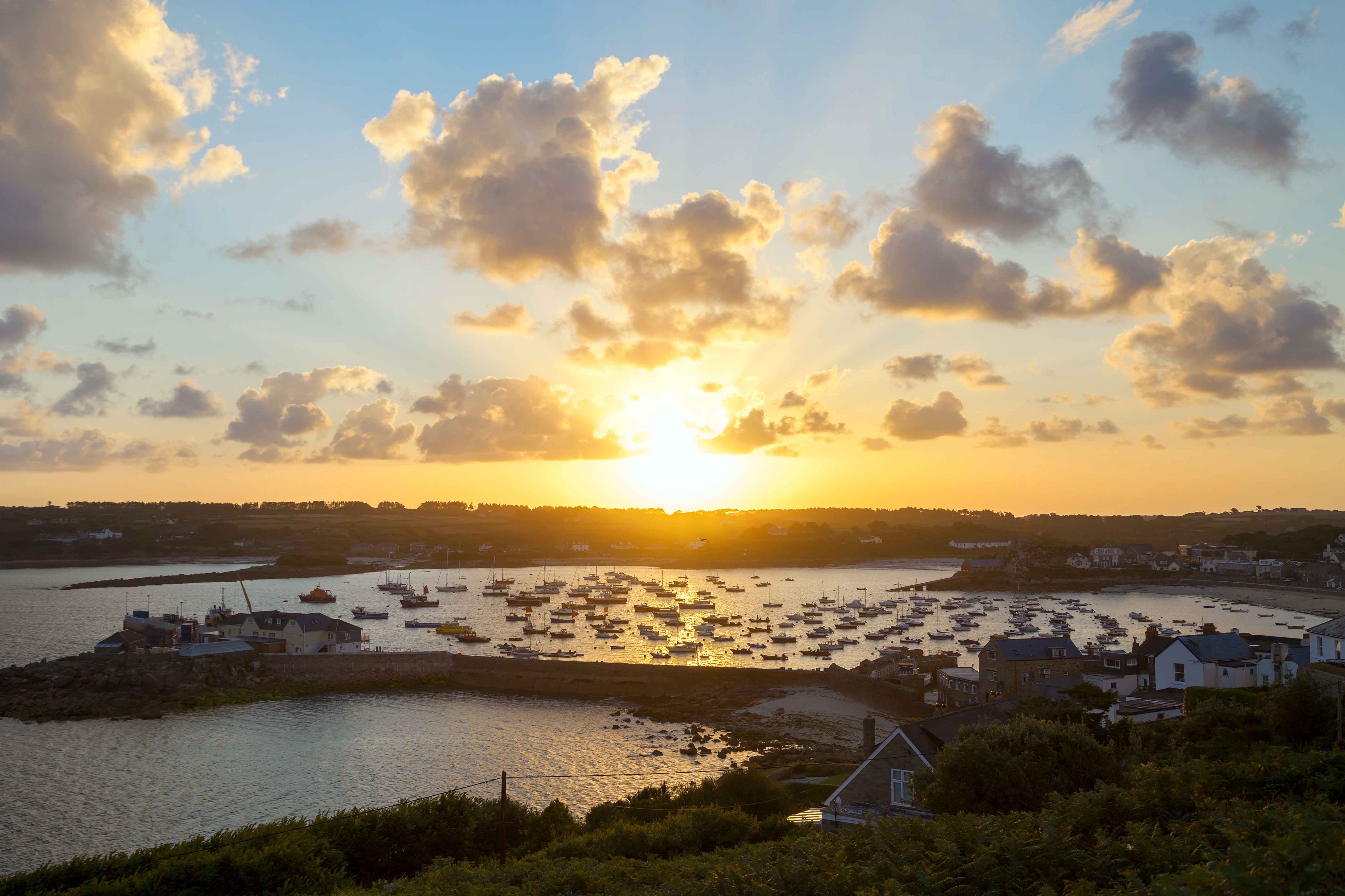 Fishing boats in the harbour at St. Mary's Island, Isles of Scilly

The Cornish shellfish and crustacean industry is still going strong (one aquaculture farm off the coast is the size of 70 football pitches), and crab sandwiches are the staple of any good harbour-side tea room. They’re as fundamental to Cornwall culture as clam chowder is to Boston.

With that lot inside you, a good night’s sleep is pretty much guaranteed. Yet even my single clotted cream scone that lunchtime made me want to go for an afternoon nap.

Yes, Cornish cuisine is a real treat for the senses - but your stomach might need a holiday afterwards.