Yes, Komodo Dragons Really Are That Big – And That Tough

If you’re a fan of fantasy fiction or stories of myth and legend, it’s usually a bit disappointing to look at real-world examples of dragons.

Yes, dragon fruit are absolutely gorgeous, inside and out, and their skin is highly reminiscent of the scales of mythical beasts seen on ancient Chinese woodcuts, or slithering across mountains of gold in The Hobbit. Yes, dragon lizards have “wings” that allow them to glide from tree to tree. And Weedy Seadragons are clearly from another world.

But none of them are what you would call truly dragon-like. (It’s hard to quake in delicious fear at something 20cm in length - or, you know, at a piece of fruit.)

It’s fortunate for our survival as a species that the kinds of dragon-like creatures that existed in prehistoric times aren’t around today - and it’s highly implausible that evolution could find a way to turn back the clock. So what we’re (thankfully) left with is a timelessly fictional creature that every world culture seems to have embraced - even though the actual word “dragon” only entered the English language in the 13th Century. It’s a lovely story, but they don’t exist, and that’s that.

But then you go to Indonesia, and you see that some myths are more real than you ever knew. 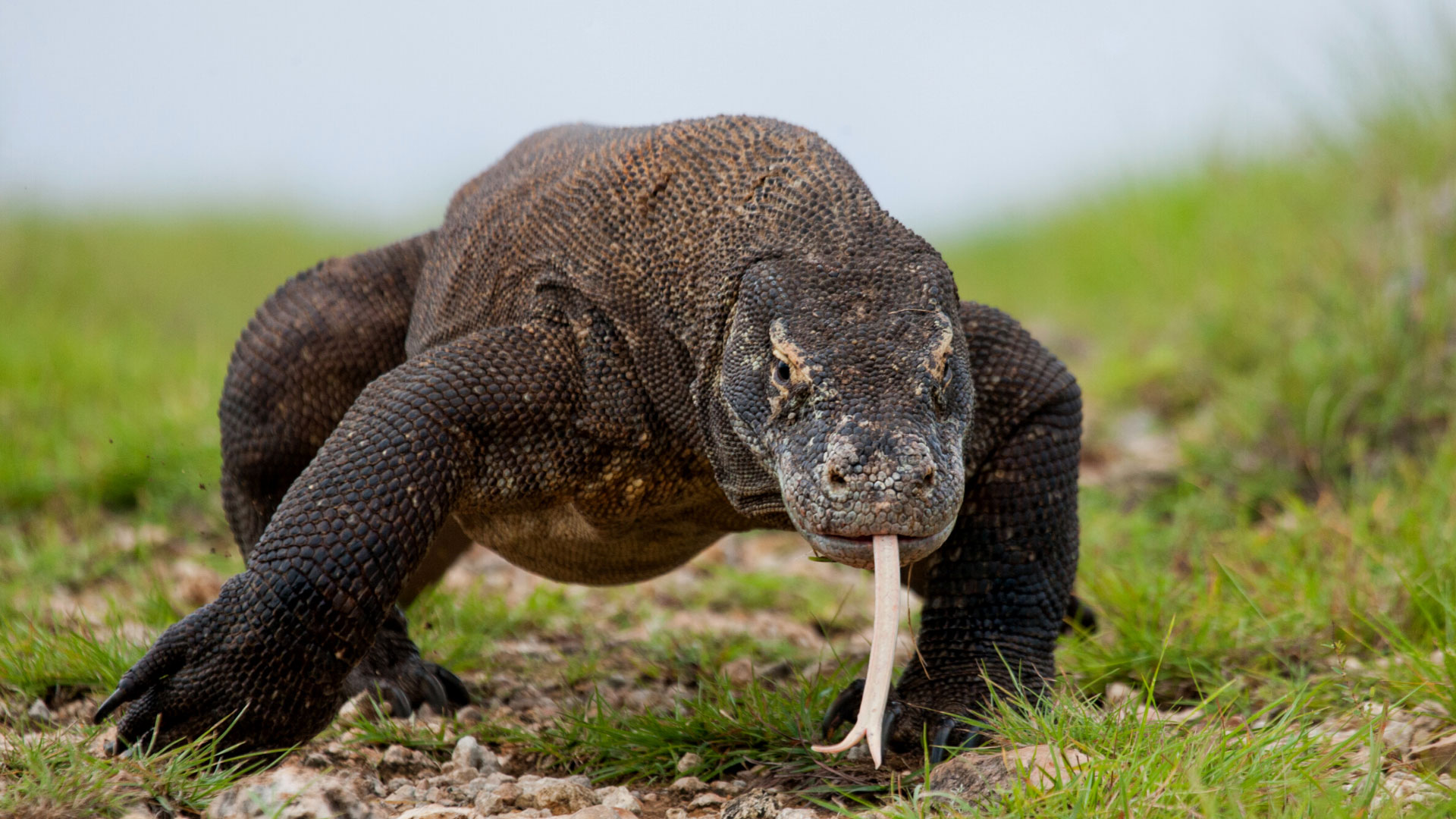 There are four Indonesian islands to visit if you want to see a real-life dragon: Komodo, Flores, Rinca and Gili Motang. Considering there are 17,508 (!) islands in Indonesia, it’s a very specific habitat - and Komodo dragons (as they’ve come to be known) were only discovered by Western scientists in 1912, entirely by accident.

To local Indonesians, of course, they’ve always been around - and their name for the Komodo dragon is “ora”, meaning land crocodile. And to the Komodo dragons themselves, it’s the rest of the world that has changed: the modern species branched off from its Australian ancestors around 4 million years ago, when low sea levels allowed it to spread across land-bridges from the Australian landmass.

Today, its isolation and lack of predators have allowed it to evolve into a giant form - and then some. A fully-grown Komodo dragon (technically an unusually huge variety of monitor lizard) can be up to 10 feet (3 metres) in length, and weigh 300 pounds (136kg), making them heavier than the average human being, or around the same weight as a baby elephant.

For something so bulky, they’re remarkably agile, being great swimmers and able to walk up to 11 kilometres per day, and sprint as fast as 17km/hr. Their weak bite is offset by their powerful neck muscles and razor-sharp teeth - but their hearing is poor, and they only hunt during the day, which explains why attacks on humans are exceptionally rare (the death of an 8 year old boy in 2007 was the first fatal attack in 33 years).

A lot has to go wrong before you’re in danger from one of these creatures - and considering that 176,000 people visited Komodo in 2018, you’re in no danger if you follow the advice of your guide. 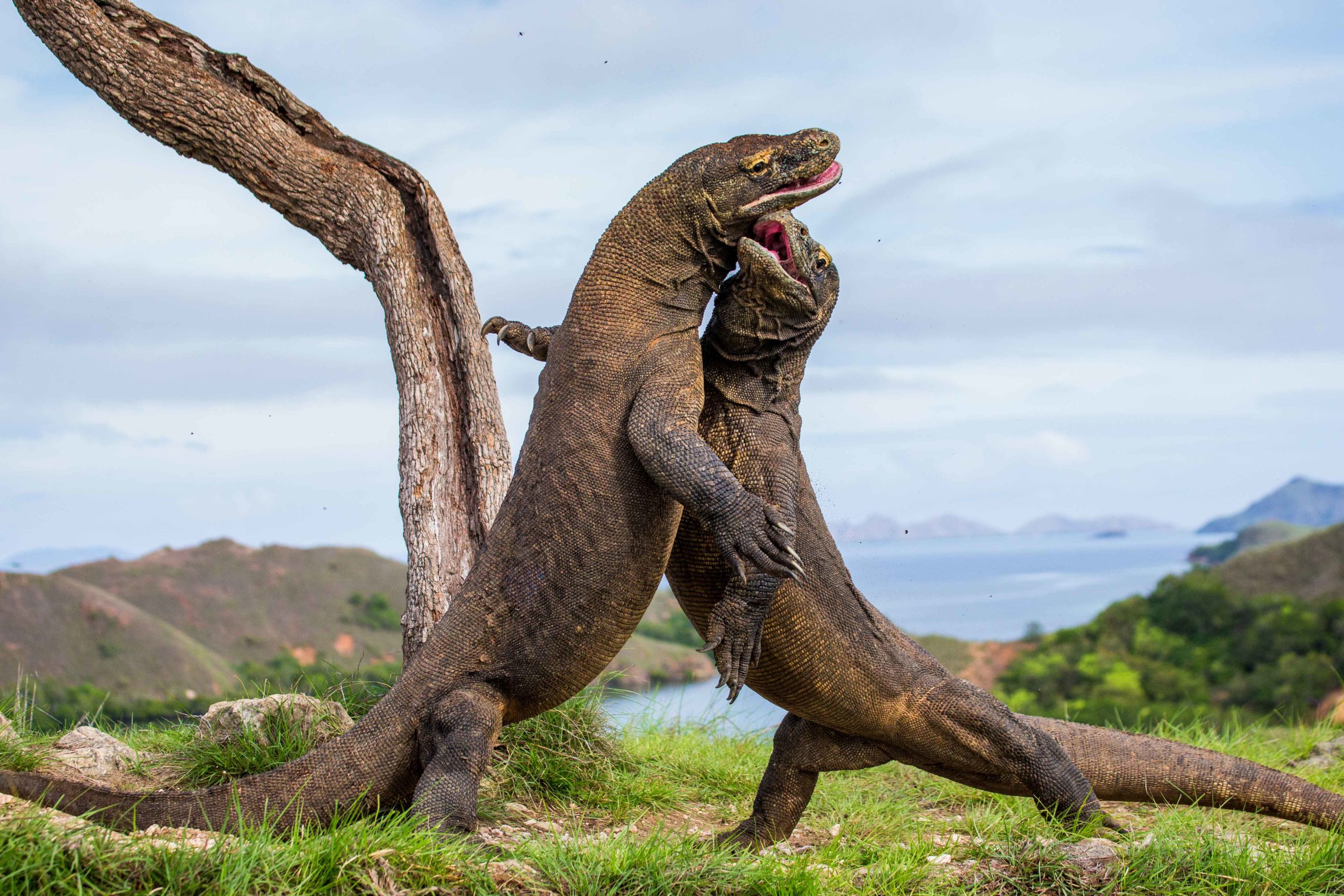 But yes - when you see a Komodo dragon, you can see it’s deserving of its fearsome reputation. This is a superbly-designed carnivore at a spectacular scale, and capable of eating pretty much any other species it encounters, including its own: gruesomely, around 10% of its adult diet is newly-hatched Komodo dragons.

(If this sounds a recipe for self-extinction, bear in mind that Komodo dragons can reproduce asexually, without the need for a male to be present for a female to bear young.)

The absolute best reason to keep a safe distance from a Komodo dragon is what it’ll do to your blood if it bites you. Its mouth contains venom glands that will send your blood pressure plunging, prevent your blood from clotting and cause enough blood loss to send you into shock. For this reason, Komodo dragons have a habit of following their prey for miles, waiting for them to collapse, at which point they eat them whole - an adult can devour up to 80% of its body weight in a single feeding. (Brrr.)

All these characteristics give the Komodo dragon a rock-solid claim to the title of “Living Creature Most Like Its Legendary Namesake” - but their skin elevates the species from impressive into the realm of the truly fantastic.

Simply put, Komodo dragons wear chainmail - or at least, the naturally-occuring equivalent, called osteoderms. These body deposits grow under the skin of most monitor lizards, but adult Komodo dragons are absolutely covered in them, particularly around the head where they form rope-like (vermiform) interwoven strands. 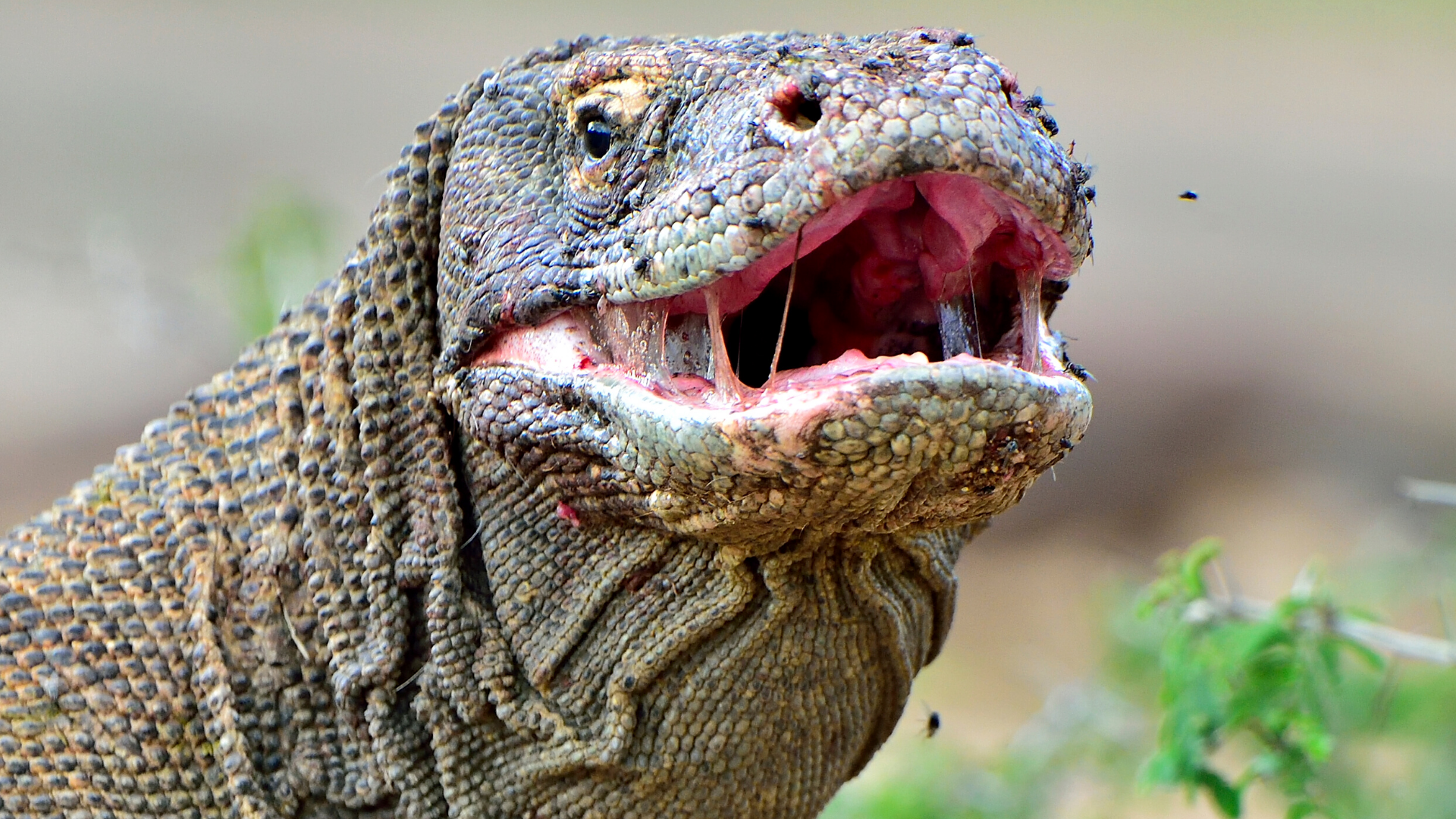 Close-up of a Komodo Dragon

Since Komodo dragons have no rivals in their environment, and since baby Komodos lack osteoderms, it seems likely that these layers are meant to protect adults from other adults - in other words, a kind of gladiatorial armour. If you’re looking for nature’s equivalent of a tank - or, to turn to pop-culture, the Batman of the natural world - the Komodo dragon is where you look. It’s an absolute juggernaut of a thing.

So, yes, you may question what your eyes are telling you, but they’re real - and despite recent proposals to limit tourist access to the lizards, studies have shown that 5,700-strong population of Komodo dragons is stable, and restrictions have now been cancelled.

The nearest thing we have to a dragon is available for public viewing - and it’s anything but a disappointment.

If you want to see it for yourself, join Wheel & Anchor’s 2023 program in Bali.