This old-town harbour at Chania is, at first glance, deeply confusing.

I’ve spent the last few days travelling west across Crete from its administrative capital, Heraklion, and since I came from a week in the nearby Cyclades islands, the landscape has been much as I expected: dry, rolling mountainsides, dotted with chalk-white villages, descending to a piercingly blue sea, under a sky without a single cloud in it. That’s how the rest of Greece often is at this time of year.

But this is different. The water in the harbour is the right colour, certainly, and a few of the buildings are blazing white in the sunshine - but the ancient walls surrounding them look the wrong style, the lighthouse at the end of the harbour looks like something else entirely...and is that a mosque over there? 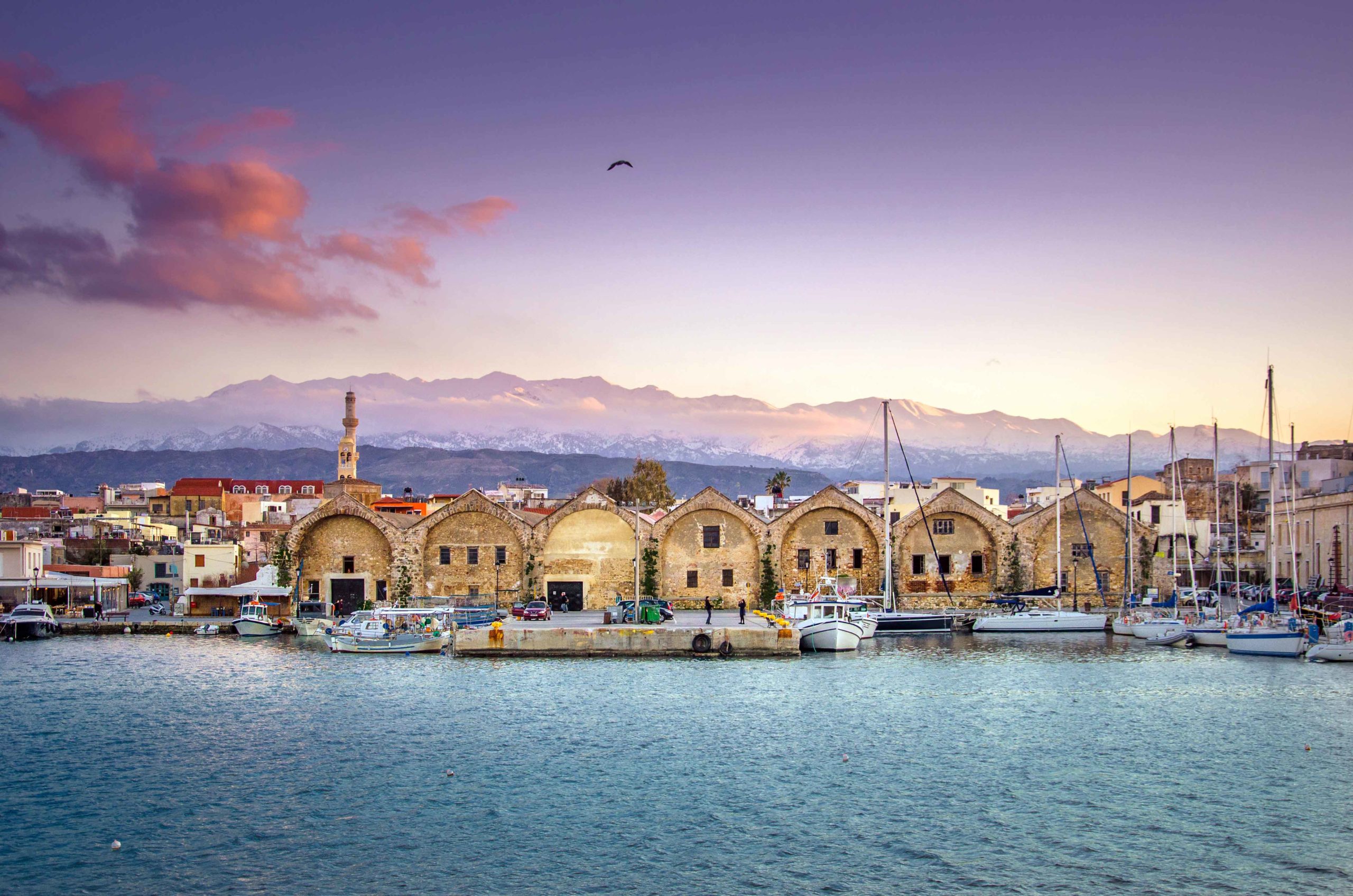 The harbour in Chania, Greece

It’s a patchwork muddle that somehow, maybe through sheer antiquity, manages to look beautiful, timeless and relaxing. It also looks like you could be anywhere in the Mediterranean: perhaps a Moorish corner of Spain, or a well-preserved, modernised remnant of Roman Egypt.

What it doesn’t look particularly like is the rest of Greece. Yet Chania, and much of the rest of Crete, can credibly lay claim to being the most recognizably Greek place in the whole country.

But first, those contradictions. Yes, that’s a mosque I’m looking at - a series of cream-coloured domes, oddly out of place against the rest of Chania’s angular architecture. Its true name is the Kucjk Hassan mosque (although everyone knows it as the Mosque of the Janissaries), and it’s built on top of a church. Since it’s so well-kept looking, you’d be forgiven for assuming that’s the sign of shifting religious trends - but this is actually one of the oldest buildings in the harbour, dating from 1645, when the Ottoman Empire took control.

The lighthouse in the harbour entrance, looking like a cross between a minaret and Doctor Who’s sonic screwdriver, originates in calmer times, when Chania was part of Venice’s vast Mediterranean trading empire. Except that’s not this lighthouse, which is the rebuilt version. This one is frequently called “Egyptian”, because it was rebuilt while Egyptian troops were helping the Ottomans wrestle back control from rebelling Cretans. (You can still see the Venetian foundations at the base of the building.)

The fortifications surrounding the harbour are Venetian and Ottoman too - except, not completely. They’re also Byzantine, taking Chania’s patchwork history all the way back to the 6th and 7th Centuries. It actually goes a lot further - as an important city-state in Classical Greece, it seems to have been occupied near-continuously since the late Neolithic (4000-3000 BC) - but none of that remains on show for visitors.

After the Greek War Of Independence (1821-29) and various revolts against Ottoman rule, Chania finally became the semi-autonomous capital city of Kritiki Politeia for the decade following 1898 - and finally, from 1908 to 1913, Crete was at last folded into the welcoming embrace of Greece.

With history like that, no wonder the place looks patchworked.

But if you know anything of modern Greece, and if you’re a classic film buff, you’ve seen this harbour before. It’s instantly recognisable to a generation of world cinema-goers...and just 15km away is a stretch of beach that’s the birthplace of the dance that, for much of the world, encapsulates the whole of Greece itself. 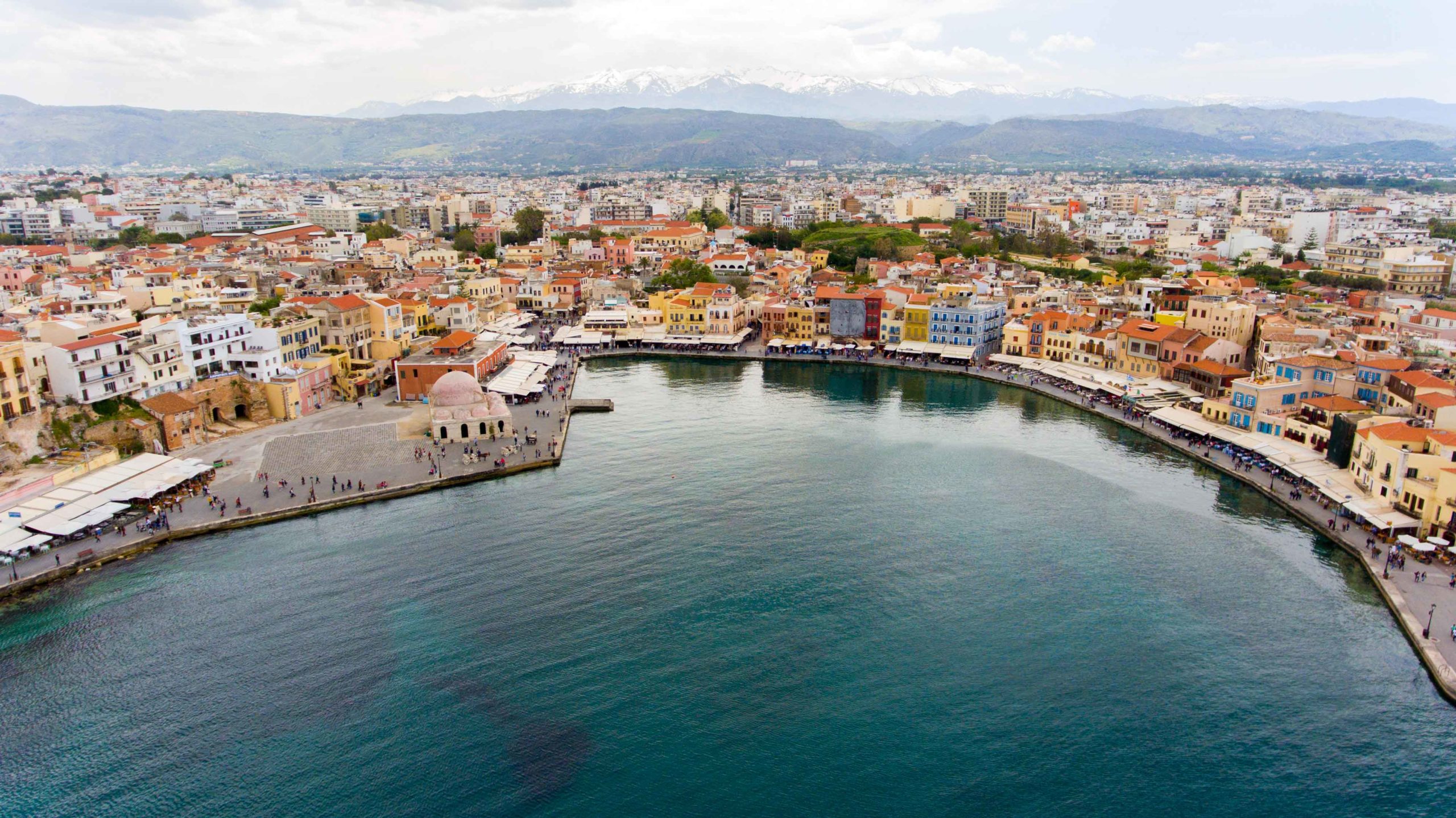 Type “Zorba” into any online search engine and you’ll find dozens of videos of dancers, some on talent shows, some with orchestra accompaniments, a few chasing a world record for number of people dancing at any one time. They’re all copying one iconic scene in a 1964 comedy-drama, based on a 1946 novel by Cretan novelist Nikos Kazantzakis - and if you haven’t seen it, you’ve certainly heard it.

It’s the final moments of the film. Uptight British-Greek writer Basil came to Crete in search of a more unbuttoned, hedonistic lifestyle, akin to the custom of the Grand Tour taken by upper-crust Europeans in earlier centuries. He has befriended a local man, Alexis Zorba, reopened an abandoned mine, romanced a local widow, and now everything has fallen apart: the locals have revolted against him (and been scared off by Zorba), the widow has been murdered, and Basil is left wondering what he’s learned amidst all this tragedy and farce.

“Teach me to dance - will you?” he says to Zorba - and against a score by Mikis Theodorakis, Anthony Quinn’s Zorba takes him through a swaying, lunging sirtaki, a dance made for the film from a mixture of earlier styles.

This is now, arguably, one of the most famous dances in the whole world. It’s astonishing how popular it has become, and not just in Greece. It’s now an indelible part of how Greece is seen by the rest of the world, and its importance to tourism cannot be overstated.

(That world record for simultaneous Zorba The Greek dancing, by the way, was established in 2012, and it’ll take some beating: 5,614 people dancing the sirtaki perfectly in time for five minutes in Volos, Greece.)

This corner of Crete, where the film was made, is what many people are thinking of when they plan their holidays - and generally speaking, Greece seems to have embraced this Zorba-ing of its world image (although you might hear a few grumbles here and there). A big part of it is that single scene, which sums up so much of how the Greeks think of themselves, and their general philosophy on life. 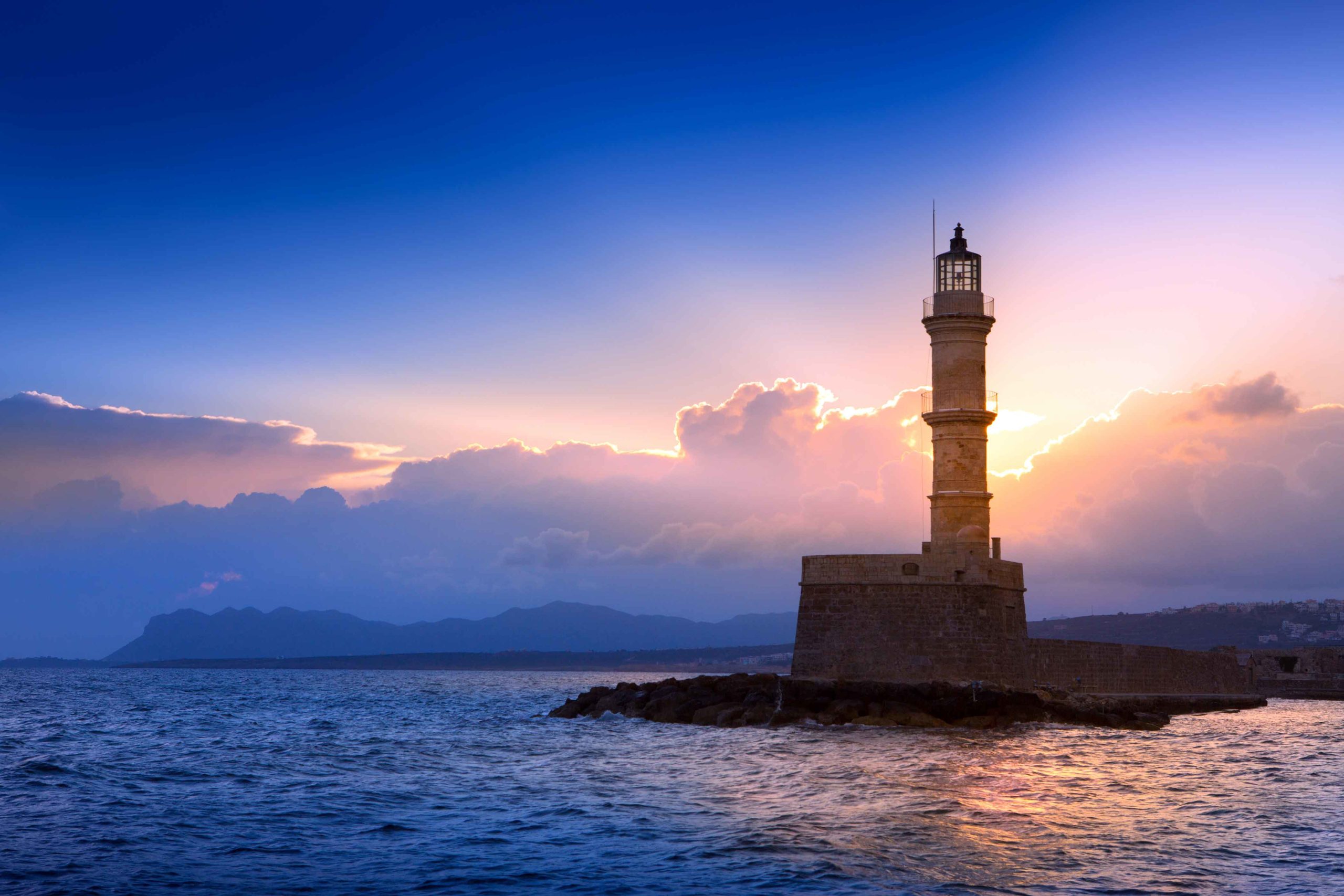 The lighthouse at the entrance to the harbour in Chania, Greece

For Basil, everything has fallen into chaos again. But Zorba is unfazed, because he’s truly Greek: he knows everything is chaos, and the meat of life is deeply marbled with tragedy and misery. To live a richer life is to deepen your suffering along with your joy. No matter. What you do is enjoy moments of ecstasy when they come, embrace every day - and dance.

In this way of thinking, no doubt deeply influenced by centuries of invasions, occupations, struggles, triumphs and disappointments, the confusion is where we live our lives, right in the middle of it. A good life is lived between the extremes of sober order (the god Apollo) and ecstatic hedonism (the god Dionysus), and it’s normal to lurch from one to the other, never finding peace but frequently enjoying happiness. The wry macho bias in this can be seen in one of the film’s most famous lines:

“I’m a man, so I married. Wife, children, house, everything. The full catastrophe.”

Basil’s problem, Zorba tells him, is simple: “You think too much, that is your trouble. Clever men and grocers, they weigh everything.”

For us non-Greeks, we can weigh it this way: Chania’s old town is so Greek because Greece is what you get by colliding cultures and influences and passions together for centuries, until enough of the pieces are sticking together. What’s left is complicated, frequently mismatched but always fascinating, and always lived with enthusiasm (and not a little drama). That’s the Greek way, and it’s how Greeks like to be seen by the rest of the world.

It’s all as complicated as the country’s turbulent history - and it’s maybe where we get the phrase “it’s all Greek to me”, meaning so complicated you can’t quite get your head round it. Basil spends the whole film struggling and mainly failing to understand what he’s experiencing.

But while Zorba has many things to teach him, he’s a Greek from Crete - so he would rather dance them. Switch off your analytical brain for a while, let your mind and body seek their own answers, and just enjoy the sunshine. That’s how you live well in these parts.