True Grit: How Sicily Is Taking European Chocolate Back To Its Roots

Close your eyes for a moment, and imagine someone popping a piece of chocolate into your mouth.

First is the smoothness as it melts on your tongue. Then the microscopic hairs furring your taste-buds communicate with the taste cells assigned to recognise sweetness, while the others pick up any accompanying cocktails of saltiness or bitterness, and a flood of messages race to your brain, and - nom. There’s that unmistakable taste you can’t get enough of.

Then the real bliss kicks in.

Cocoa beans contain trace levels of dopamine, phenylethylamine, caffeine and anandamide - all of which can combine to trigger a tiny but noticeable spike of alertness and wellbeing. It’s certainly not enough to stave off depression (sorry, chocolate PR teams), but it can give your mood a quick lift - and over time, program your brain to associate chocolate with short, restorative bouts of joy. 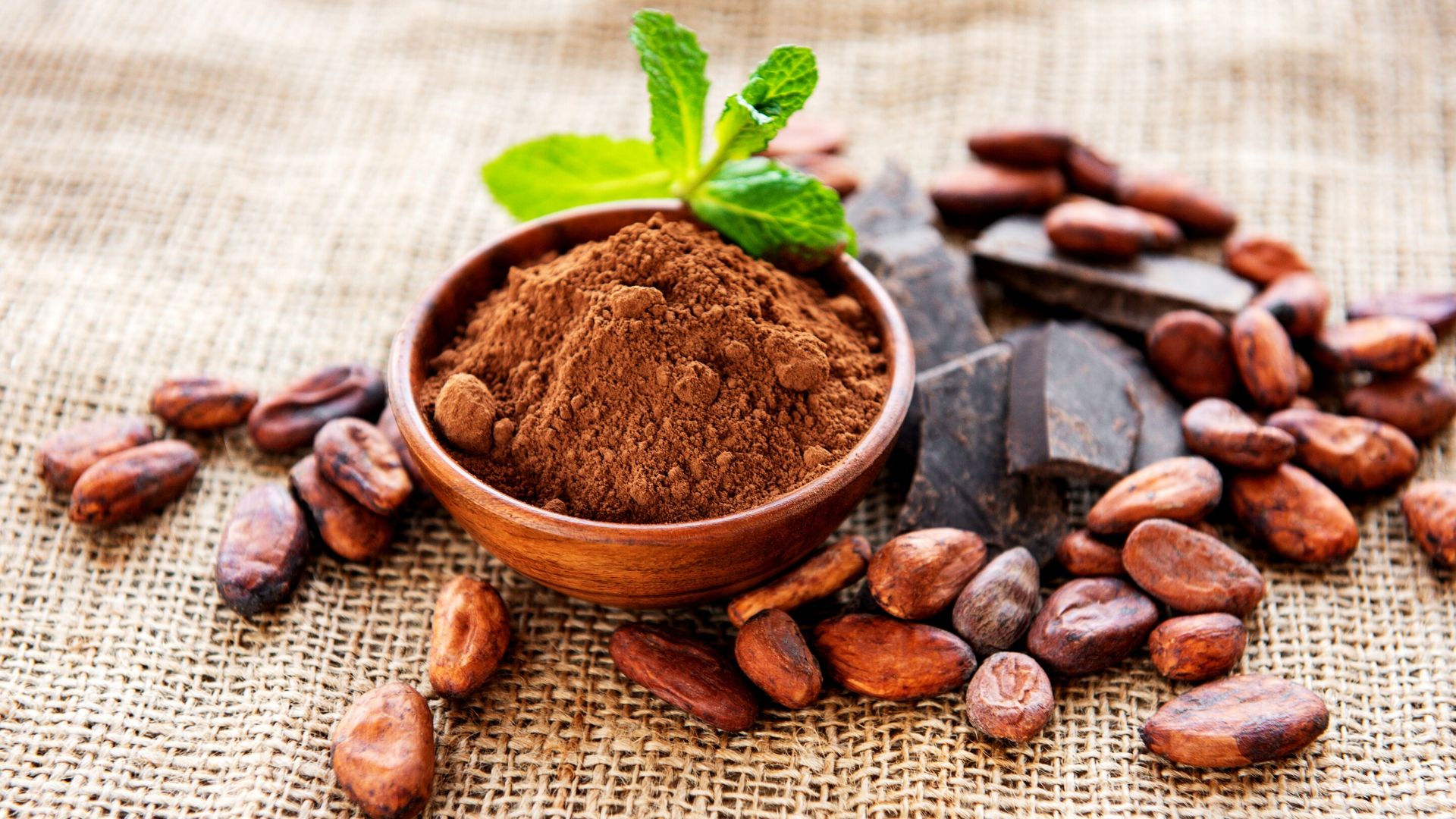 That sweet creaminess is the biggie, though. It’s the reason Europeans and North Americans like to squabble amiably (or occasionally heatedly) over perceived quality, even within the same brands sold on both sides of the Atlantic.

Does Cadbury’s chocolate made in the U.S. taste different to its British counterpart? How about compared to Hershey’s? “Yes” and “Hell Yes” are the most common answers from random taste tests, but deciding which chocolate is better is much trickier.

It seems if you’re used to American chocolate - as is increasingly the case in Canada as well - your definition of “chocolateyness” includes the bitter tang of butyric acid, formed from a process called lipolysis and found in parmesan cheese and - I’m not making this up - the spit of babies.

Meanwhile, the European Union doesn’t accept lipolysis, but does allow the inclusion of up to 5% non-cocoa vegetable fats, creating an oiler mouth-feel. Add the different flavours from regional ingredients (particularly milk) and it’s no wonder there’s disagreement about how chocolate should taste…

Well, except for those two things you first notice. Yes, the details are worth quibbling over - but proper chocolate is always smooth and sweet, isn’t it?

But if you visit Sicily, and head to one small town in the south of the island, the locals will tell you something different - and they’re correct to do so.

Back in the 16th Century, Spain controlled Sicily. From the New World, Spanish conquistadors brought cacao to the island (unknown in the West until this time, alongside potatoes and tomatoes) and the recipe for the bitter 500 year old Mayan drink called xocolātl (“bitter water”). 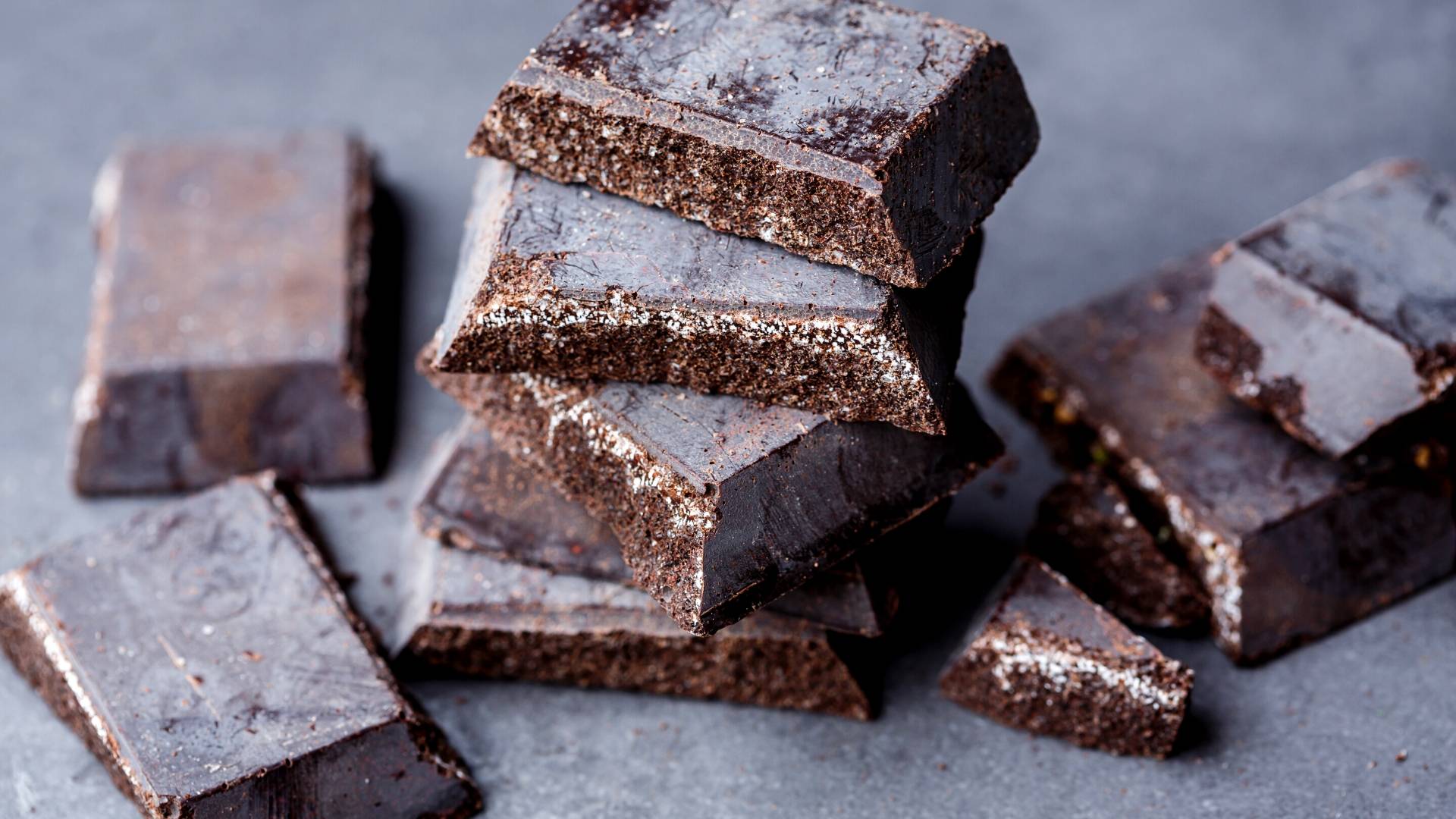 This Mayan drink was miles away from what we now consider “hot chocolate”. It’s best to compare it with black coffee or even modern alcoholic drinks, since it had that sour kick of beer, and a fiery back-of-the-throat effect similar to whisky, created by adding crushed or chopped chillies. It was both an everyday drink and a part of religious ceremonies - and later, when the Aztecs conquered the Mayans and seemingly lost the art of growing cocoa beans, a valuable form of tribute paid by neighbouring states.

That classic Mayan bitterness proved unpopular - so the sweet-toothed Spanish added sugar, and the modern European relationship between cocoa and sweetness was born.

The Sicilian chocolate made in the town of Modica has sugar in it, except with stronger-tasting cocoa content, making it more bitter than most - but the big difference is how that sugar manifests itself. Take a bite, and it’ll crunch between your teeth, like you’re eating edible gravel. It’s so alarmingly the opposite of “smooth” that you wouldn’t feel like you’re eating chocolate at all, except for the exquisite, powerful taste (just a tiny nib should keep your taste-buds happy over the length of time you’d normally down the average chocolate bar).

The way they do it part-originates from the original Aztec methods. Modica chocolate is made from roughly half ground cocoa beans and half sugar, and the whole mix is ground and processed cold - meaning the sugar crystals are never warm enough to melt.

In cross-section, it looks less like chocolate and more like a slab of brown granite, or a fine-grained British flapjack. It also has a Cadbury’s-Flake-like crumble to it, making it great for sprinkling over other things. In its heat-untempered form (which is where chocolate normally gets its glossy sheen), it develops a faint white patina on its surface, a little reminiscent of some kinds of cheese…

In short, it doesn’t much look like the chocolate you’re used to - yet it’s more authentic to the South American roots of chocolate-making than you’ll find elsewhere. 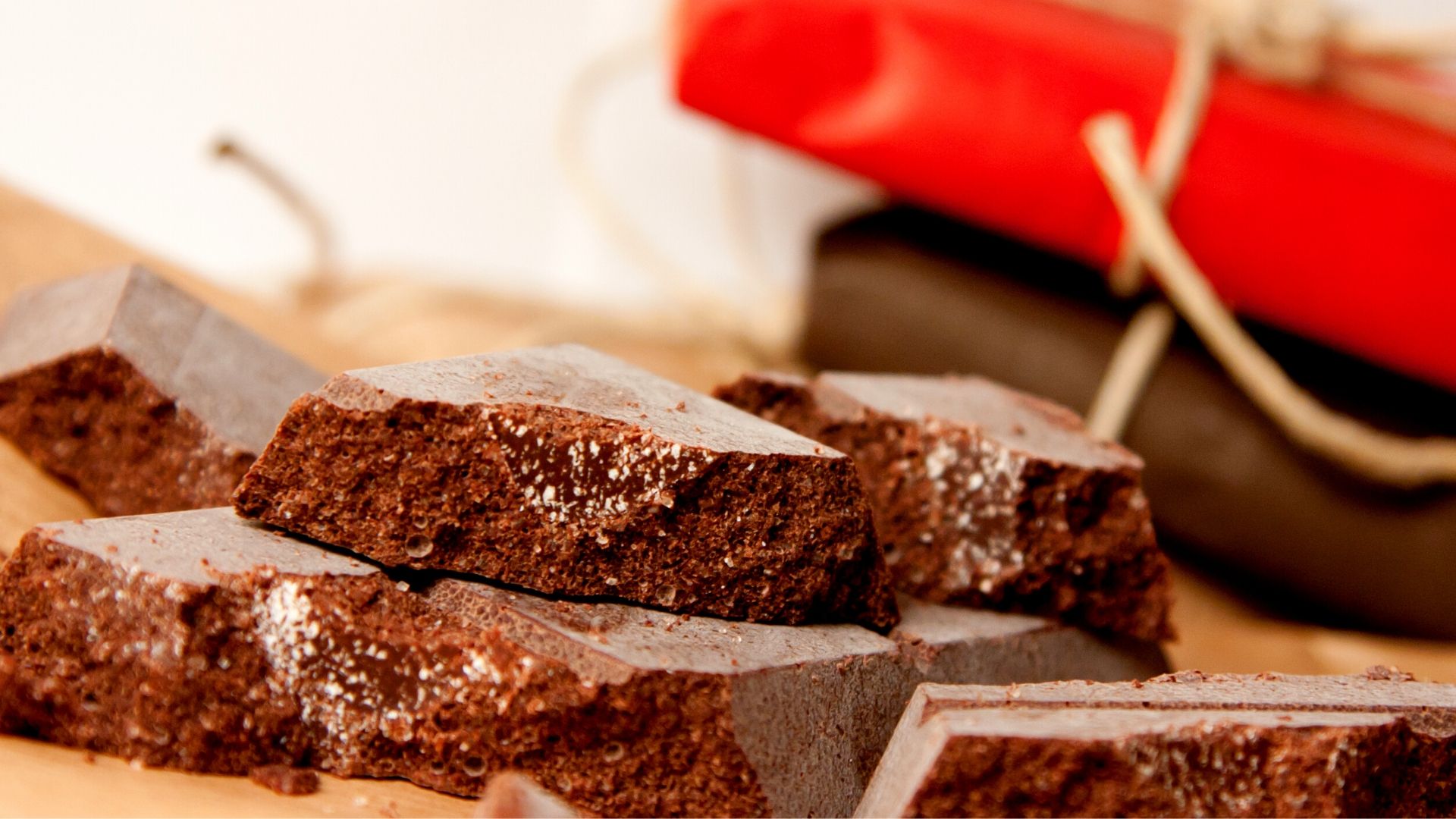 It’s a fascinating piece of living food archaeology, and seems set to stay that way, thanks to UNESCO designating the town a World Heritage Site in 2002, and the chocolate itself recently receiving protected status from the European Union. It’s a cornerstone of Sicilian cuisine and an unmissable part of any trip to the island.

(And it’s really hard to find Modica chocolate outside Sicily, so be sure to stock up before you leave.)

Just be warned - you may be about to start arguing with both Americans and Europeans about what chocolate should taste like. Once you bite, there’s no going back.

Join Wheel & Anchor for a unique cruise program covering Sicily and the Aeolian Islands - get all the information here!