Nobody Should Hurry Around The Ring Of Kerry

If you’re planning a trip to Ireland and see the name “Ring Of Kerry” on your map, you might think you’ve found yet another of this corner of the world’s thousands of prehistoric monuments. It’s an easy mistake to make - until you look at the scale of it.

In 2020, researchers of England’s Stonehenge Hidden Landscape Project discovered a circle of stones almost 2 kilometres wide - which makes it, by a long way, the biggest prehistoric monument in the UK, but vanishingly small compared to the vast, sacred landscape it’s set into.

The Ring of Kerry, on the other hand, is visible on a map of the entire Republic of Ireland. Okay, people in ancient times were ingenious in ways we’re just starting to discover - but they didn’t go around building stone circles 180 kilometres long.

This Ring’s regional history may go back as far as Stonehenge (the local archaeology certainly suggests it), but it’s a very different beast: not something dropped into the landscape as a human stamp of power and influence, but a series of natural connections that have been highlighted by modern humans in the most practical of ways: a single road, running in one huge loop. 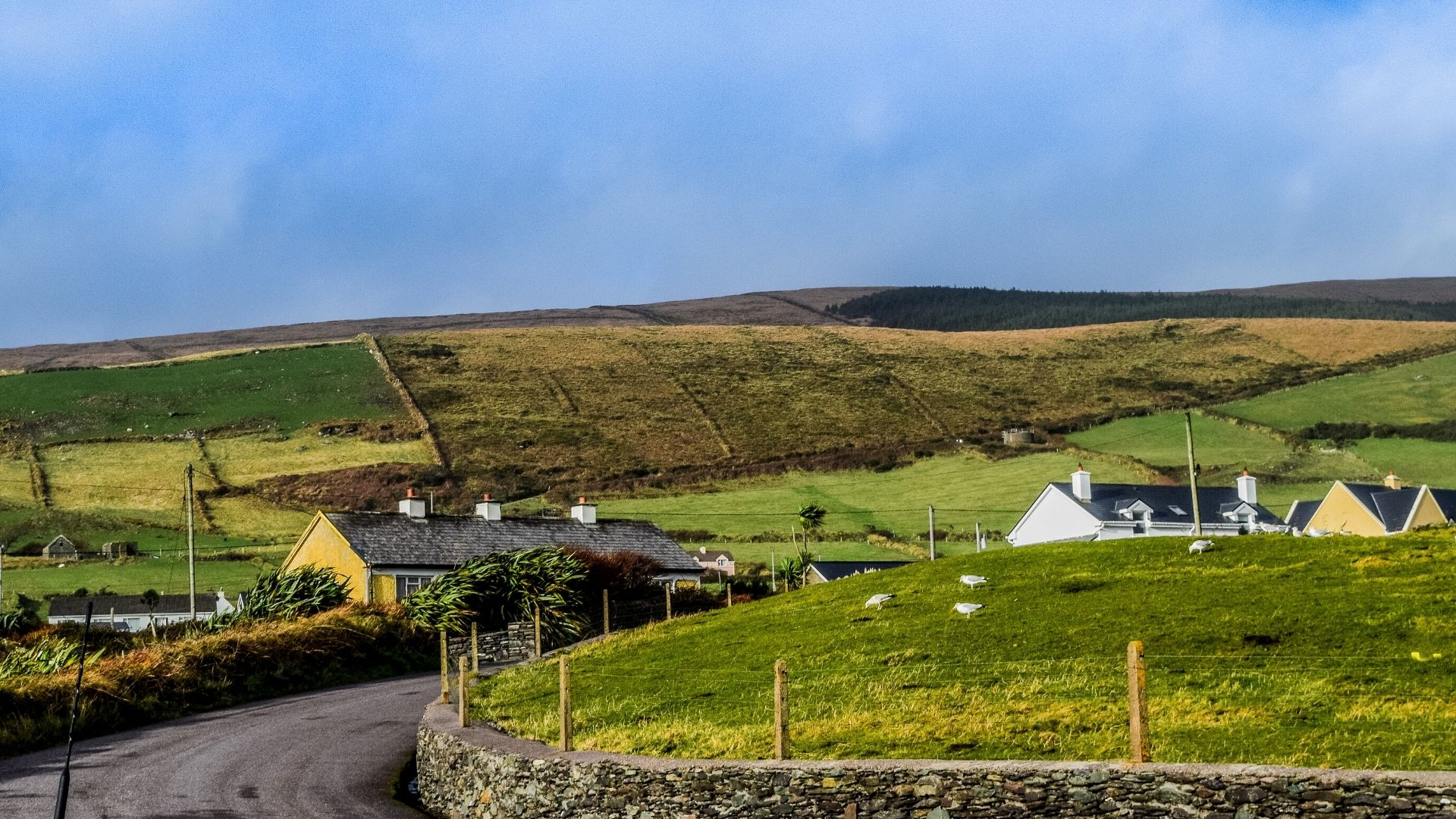 Idyllic landscapes along the Ring of Kerry

Nowadays, it’s a major tourist attraction - and a reminder of the very best way to get around modern Ireland.

As all visitors discover, the Irish landscape has a characteristic softness to it. Not in the modern pejorative meaning of the word, but instead in the sense it’s a sculpted sea of curves, an exaggerated form of its watery neighbour.

It looks that way because of the impressive rainfall onto the country’s mountainous areas, the waterways that carry that deluge outwards, the rugged Atlantic weather lashing at the western coast, and the erosive action of the colossal amounts of greenery that give Ireland the nickname ‘The Emerald Isle’.

It’s softened and it’s blunted. Compared with elsewhere in Europe, nowhere in Ireland gets particularly high. The Iveragh Peninsula, home to the Ring of Kerry, has the highest peaks in the land - but none of them are very much above 1000 metres tall.

There are certainly rugged sea-cliffs aplenty and some grade-A rock climbing available, but on the whole, Ireland is a place of gorgeous, rolling lowland, the kind that isn’t hard to thread a road through.

And nowadays, that means it’s the perfect place for a massive road-trip.

The Ring of Kerry is one such route - topping the most popular in Ireland - and it serves as the embarkation point for another, far larger journey. 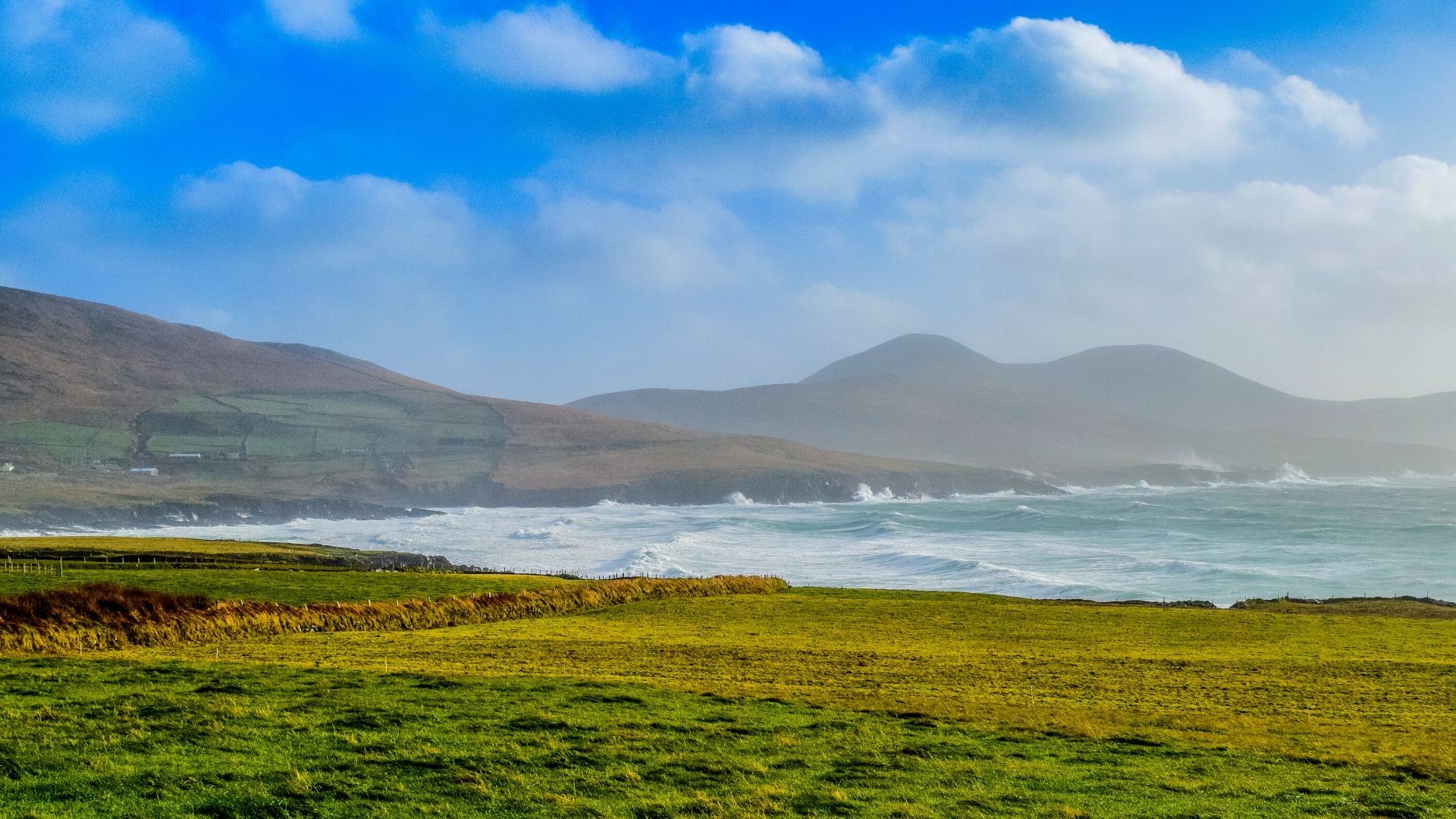 Scene along the Wild Atlantic Way

The Wild Atlantic Way is aptly named: it’s a coastal road running from Cork in the south to Donegal in the north, stringing together nine counties and three provinces into a monster of a journey that was formally launched in 2014. If you’re looking for a big adventure and have weeks and weeks to burn, it’ll tick all the boxes for you.

In comparison, the Ring of Kerry is a more sedate affair and short-term affair. It’s possible to blast around it in a day - but this is southwest Ireland, where hurrying is both deeply unfashionable and completely missing the point of visiting a place with a coastline like this.

At its widest point, Ireland is around 275 km across, and less than 500km top to bottom. If your aim on a road trip is to cover the most distance in the least time, it’s not going to take you long (and frankly, you won’t see much).

An infinitely better way to look at Ireland is crumpled, like a screwed-up piece of paper. Adventures happen when you flatten out those crumples - which is why the sub-500km length of the Irish west coast (as the crow flies) blossoms into the 2,500km of the Wild Atlantic Way, simply because it follows the course of every peninsula, headland, beach and bay.

Accordingly, the rest of Ireland is even bigger. If you somehow stretched the entire coast out into one unbroken line, it’d cover the distance from Dublin to Moscow.

(Its craggy neighbour Scotland is even more of a whopper: the length of the entire Scottish coastline, including the coast of all the islands, is a touch over 10,000 miles - the distance between London and Sydney, Australia.)

This, then, is the Ring of Kerry’s secret, and it applies to Irish road-trips as a whole. You forget the idea of “getting from here to there” except in the very loosest sense. Instead, start in the town of Killarney, on the shores of Lough (lake) Leane, with the breathtaking view of Killarney National Park greeting you across the water. (Queen Victoria was most impressed.) 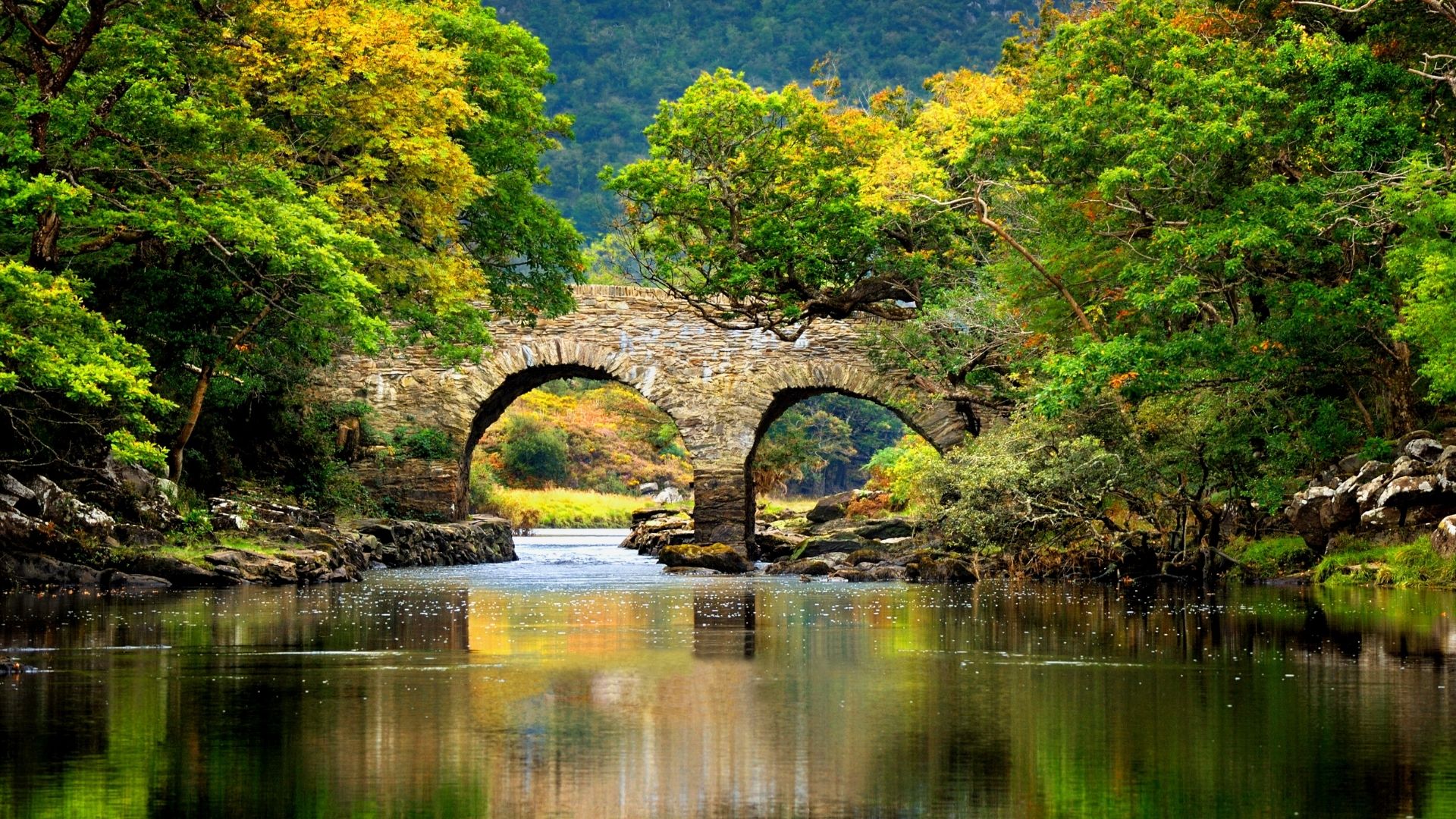 Near Muckross House and Gardens In Killarney, Ireland

And from there? As you drive east, indulge your curiosity any time something interesting makes an appearance. The road is a loop, so you know you’ll end up back here at some point - so you can forget about “knowing where you’re going” and instead focus on where you are.

Explore sleepy villages, keep an eye on the sea where you might catch a glimpse of Skellig Michael, where the recent Star Wars trilogy filmed Luke Skywalker on grumpy retreat from the rest of the galaxy - and stop the car as often as time will allow. You’ll get there eventually, so why miss anything?

Even when you’re in a car, take the time to slow down - so you can discover how big Ireland really is.