Beginnings and Endings In Restless Istanbul

It's 2011, and British writer Nick Hunt is almost at journey's end. For most of the year, he's been tracing the route walked in 1933 by legendary traveller Patrick Leigh Fermor (a man described by a BBC journalist as "a cross between Indiana Jones, James Bond and Graham Greene") - and now, after many adventures, sprawling Istanbul is in sight:

"Over the last seven months I’d reached this point many times, my imagination outpacing my body, flowing ahead through mysterious landscapes that existed only in Paddy’s words, and stopping abruptly at a postcard image of minarets, domes and water. Now that image became real…

There was the clutter of the old town – the Constantinople that Paddy, with typical romantic perversity, had always insisted was his goal – across whose skyline Ottoman mosques seemed to crawl like gigantic scarabs. 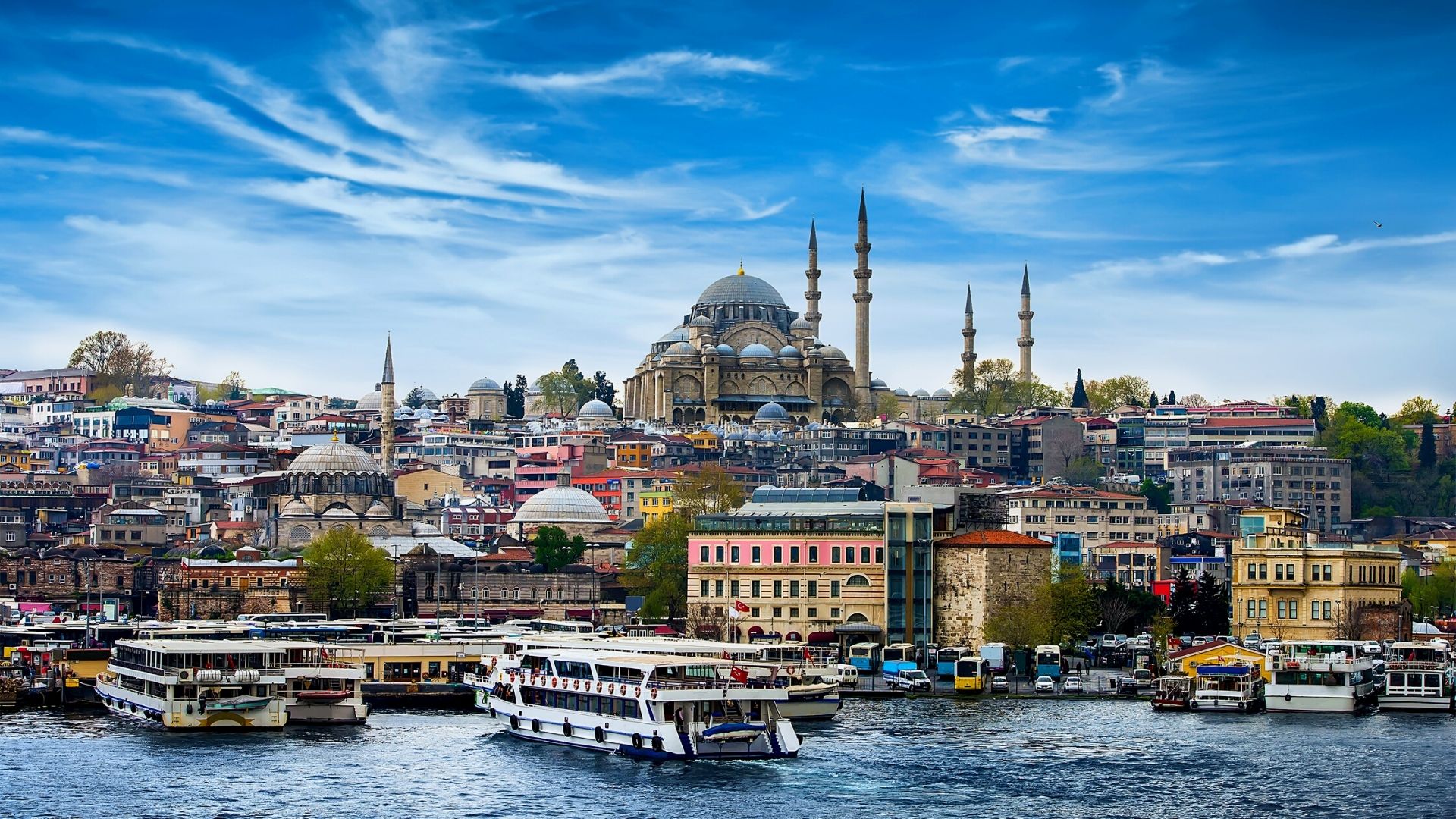 The Blue Mosque in Istanbul, Turkey

Huger and stranger than I’d envisaged, too big to look remotely real, they rose in a dividing and subdividing propagation of domes, bubbles popping out of bubbles, minarets that had the appearance of antennae or insect legs; a bizarrely arachnid, crustacean architecture that told me, more than anything else, that I’d arrived at a wholly different place from where I’d started.

And there, at last, was the Golden Horn, a radiant waterway flecked with sun, fishermen reeling in scores of silver fish from Galata Bridge. At the inlet’s mouth lay the Bosphorus, the strait between two continents, high over which the Bosphorus Bridge soared into the sky.

Beyond that, in a haze of sea mist, sparkled the Asian shore. There was nothing left of Europe."

But what a way for Europe to end.

Astride the thread of fast-moving water that ties the Sea of Marmara to the vast, landlocked Black Sea to the north, Istanbul is an astonishing mass of people to find in one place: with 15 million inhabitants, it's Europe's largest city and the 15th-largest in the world.

If you're expecting some magically lyrical name that captures the wonder of such a mass of people in one place, well, not so much in this case. It's most likely it comes from a Greek phrase, "στην Πόλη", meaning 'to the city' or "in the city" - and, yes, that's Greek, not Turkish, because the city's roots are that of a Greek colony, settled by explorers from Megara in 660 BC. 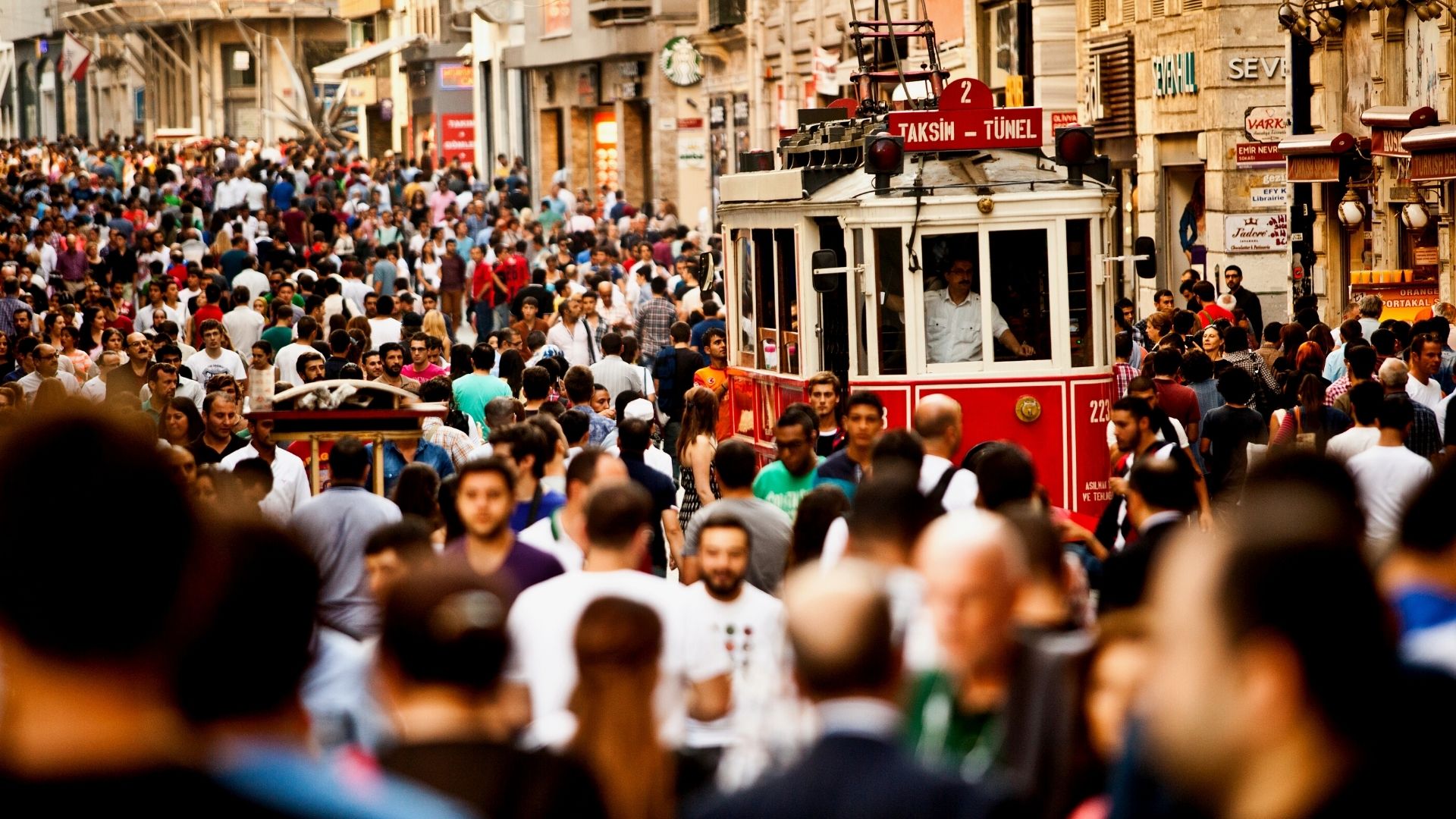 Despite its Greek derivation, the name 'Istanbul' is a fairly recent adoption - although when you're there, it's diplomatic to use it when referring to the period of late Ottoman rule up to 1923 (that's how it was then named in Ottoman Turkish), instead of the more Western-textbook-accurate name "Constantinople".

That name comes from Constantine The Great, ruler of the eastern Roman Empire from 330 AD onwards, who made the city its capital. However, this wasn't his preferred name: he did his best to ram the more politically useful name 'Nova Roma' - New Rome - into the fickle public consciousness, but to his annoyance it never took hold.

In 476 AD, Constantinople was arguably the site of one of Western history's greatest endings: the fall of the Roman Empire, and the start of the Middle Ages. After a century of attacks from barbarian invaders and the incursions of Germanic Kings, Rome's last Emperor was deposed and that city fell.

Roman military insignia was taken to Istanbul, which was proclaimed to be the new capital of the Roman Empire - but this would quickly become a different beast, strongly Hellenized and with very different geographical ambitions. Imperial Rome was done - and the Byzantine Empire (named after the city's earliest moniker) settled across its Eastern remnants.

When Ottoman ruler Mehmed conquered Constantinople on the 29th May 1453 after a 53-day siege, he was keen for a fresh start. By this point the Byzantine Empire had been splintered and torn with political infighting, and the city itself had lost half its population to the Black Death between 1346 and 1349.

This new Ottoman capital was too run down to act as much of a symbol of power for an empire on the make, so Mehmed ordered that 5,000 households of people would be imported before the year was out. These comprised of Muslims, Christians and Jews encouraged to live together within the rebuilt city walls. 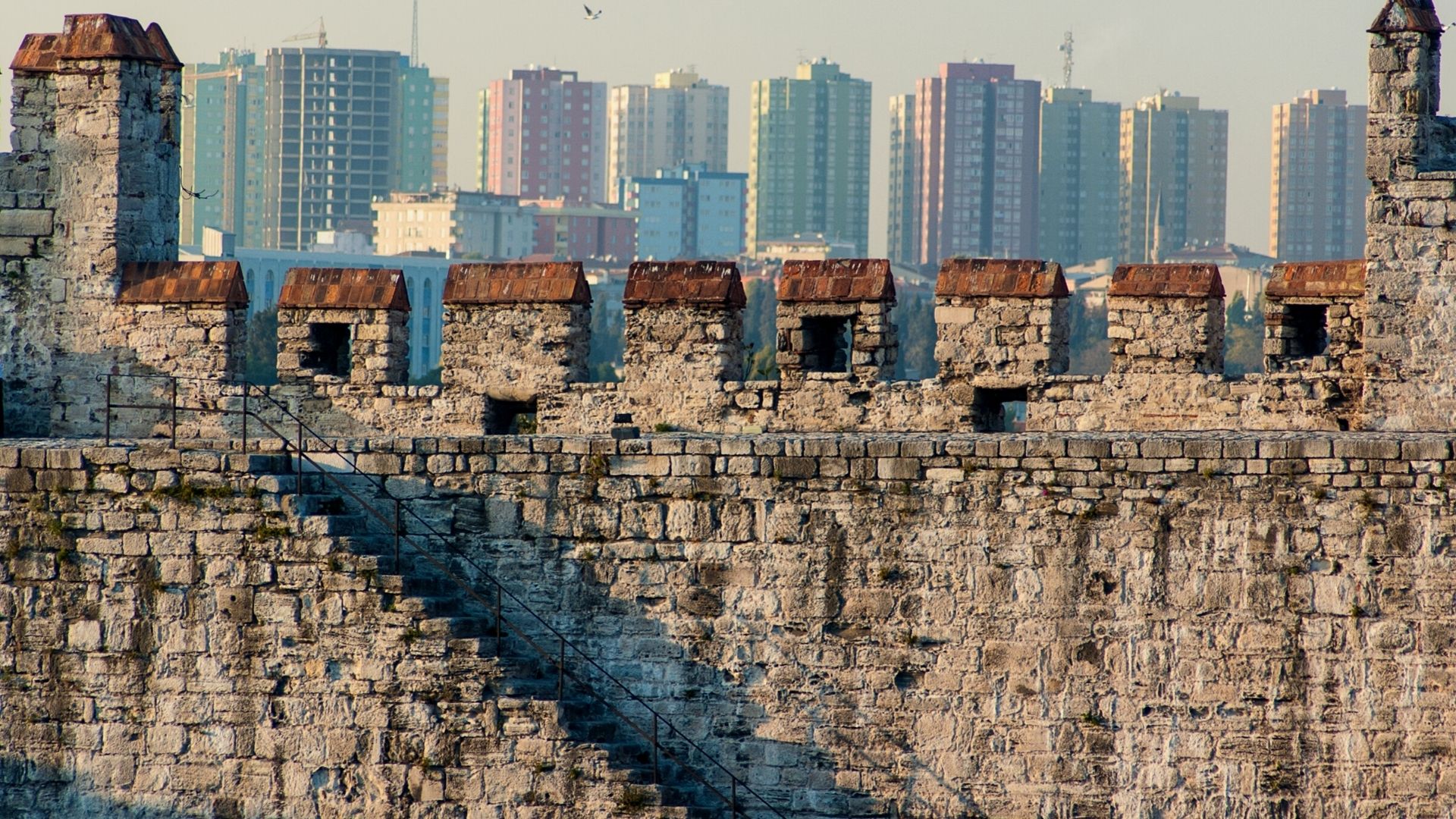 (This may sound impressively culturally tolerant, but it's maybe telling that it took six years before the hated Greeks were allowed back in.)

One city gave way to another - and marked the end of the medieval period, as it's now commonly defined. Istanbul grew and thrived at this crossroads between continents, cultures and historical periods, enticing people with the promise of opportunity and a new beginning.

In the first decades of the 20th Century, they certainly got one. The Great War of 1914-18 saw the Ottomans siding with the Axis powers. In the aftermath, the Allies occupied and started partitioning up the conquered Ottoman territory. All hell quickly broke loose on all fronts, now referred to as the "Turkish War Of Independence", because it resulted in the last Sultan going into exile, and the formation of the country of Turkey in 1923.

The Istanbul that greets you today, whether you're on foot or tracing the stunning Turkish coastline on a yacht, is still as much a journey's transition point as it always was - a resting place latticed with thousands of years of mesmerising structural history, before you head somewhere else that feels very different to where you're just come from.

That's Istanbul's way of staying itself - and why it welcomes in anyone who shares its love of a diverse, fluid view on life. It could all be very different tomorrow - so why not live it up today?