Look Harder, Stay Foolish, Tick It Off: How To Go Exploring During A Pandemic

It's late October here in the Scottish archipelago of Orkney - and that means another kind of lockdown is descending.

The rain is blasting against the window like a washing-machine on rinse, and the wind is, as they say in these parts, "blowing a hoolie". When I step outside with my rucksack to go buy groceries, I'm immediately flung into next door's garden. This is not a day to be out & about on foot.

This kind of weather certainly isn't unusual for these parts. The early 20th-century Scottish historian Hugh Marwick described Orkney's climate as "one of the foulest under heaven" (although it's worth noting that when he died at the grand old age of 84, it was in Kirkwall on Orkney's mainland, so he can't have hated the place that much). If you're Scottish, you're used to huddling down for the winter. Nae bother.

But this year is different, because that huddling-in-place has been a lot of the summer too - and the autumn. Because of pandemic travel restrictions and general curbs on socialising, nobody's been going anywhere much. This has been an all-year winter, made even more frustrating when the sun's out (which happens surprisingly frequently this far north) and the thrill of exploration seems to be off the table for now. 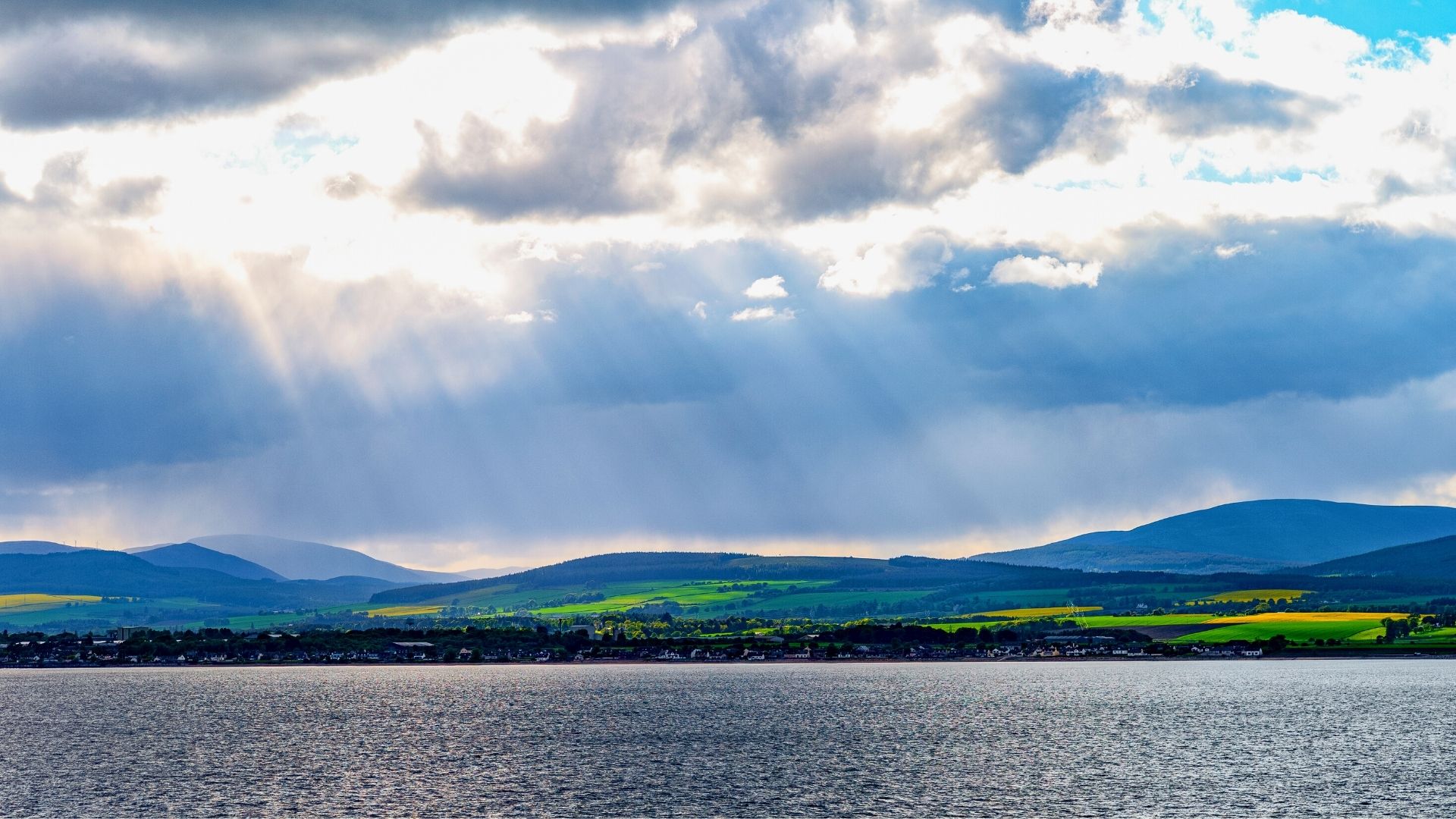 When the weather is nice over Kirkwall in the Orkney Islands

Based on the history of successful travel writing, it certainly does seem a myth that you have to go somewhere exotic to find something interesting to write about. When London's Heathrow Airport built a new terminal and wanted to drum up some publicity, it hired writer Alain de Botton to live in it for a week, paying attention and writing about the seemingly humdrum things we tend to ignore on our way through.

The result, "A Week At The Airport", is a fascinating deep-dive into a place we normally consider in negative terms, lumped together with all the aspects of travel our rose-tinted hindsight tends to edit out.

Other writers don't even bother stepping through their front door. In 1790, French aristocrat Xavier de Maistre was under house arrest in Turin for taking part in a duel, and while he recovered from his injuries he wrote a fictional pastiche of the then-popular 'Grand Tour' travel narratives, titled Voyage autour de ma chambre ("Voyage around my room"), in which his heavily autobiographical protagonist wanders around his tiny room, trying to see everything in it as if he was encountering them for the first time in a faraway land.

A little over 200 years later, one of the most popular travel writers of his age, Bill Bryson, found himself curious about where we spend most of our domestic lives, and wrote a book about it (At Home, 2010), investigating every single type of common household room in entertainingly nerdy historical detail.

It seems that despite what overfamiliarity yells at us, where we are right now can be just as surprising and fascinating as anywhere else - in quite literally book-sized amounts - if we only knew how to look.

And if ever there was a year when we needed that skill to keep us interested, happy and hopeful, it's 2020.

Here are three ways to kickstart that process and spark your homegrown curiosity. 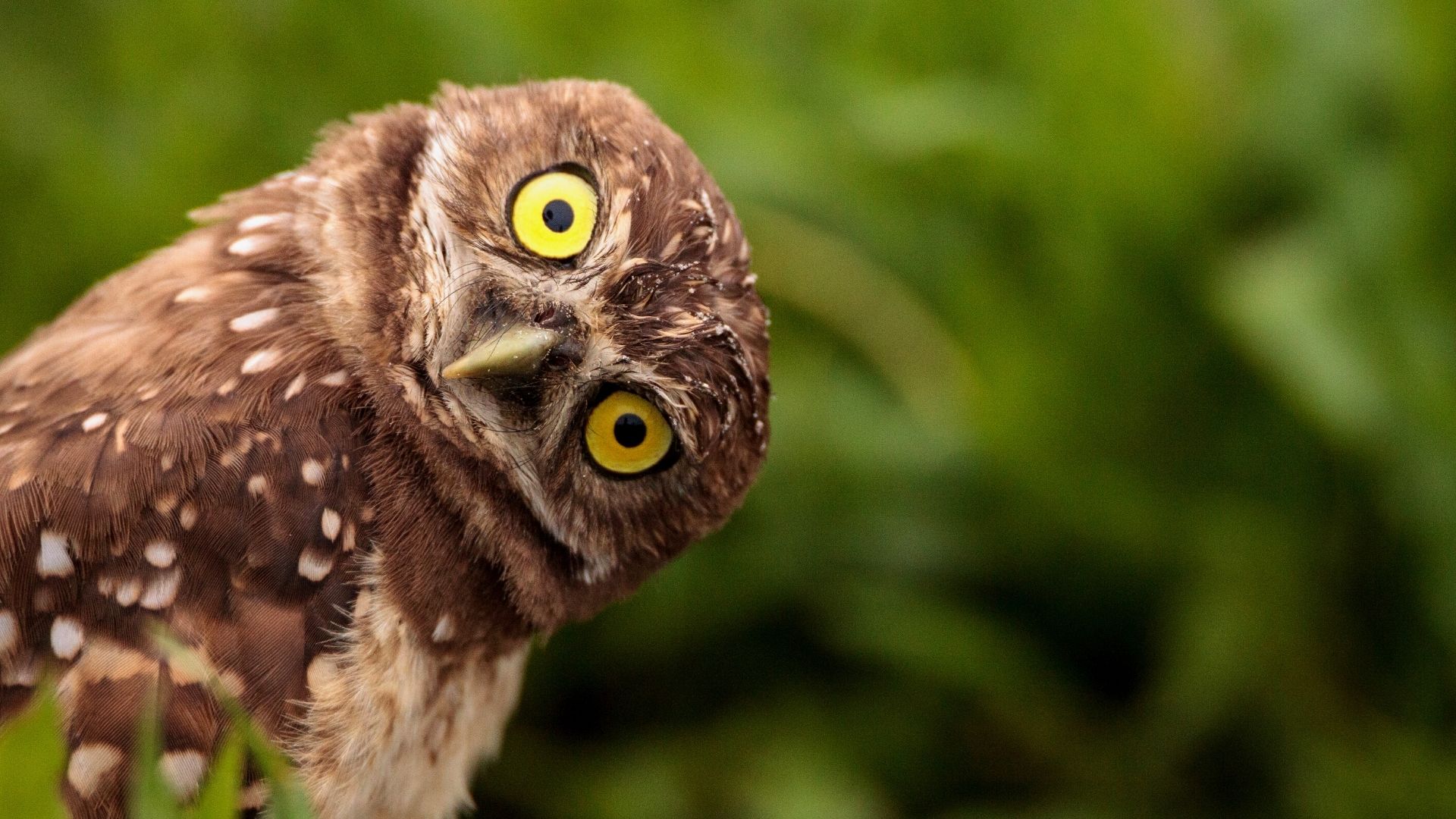 See the world through different eyes to jumpstart your curiosity

1. Learn A Little, Get Curious About A Lot

Curiosity is itself a bit of a puzzle. It seems like we'd be most drawn to the things we are the most ignorant about - but as good advertisers and marketers know so well, that's not how it works. You may have heard about the famous "information gap", where you're presented with a question and you only get the full answer if you click this link, sign up to this email or watch this TV show at the right time tonight. It's incredibly powerful - and it only works because we have a little background knowledge in our heads already (partly supplied by that enticing teaser designed to hook us).

In contrast, if we have no knowledge of something, we usually have zero interest in it - and we absolutely couldn't care less.

To jumpstart your curiosity about what's around you requires a tiny investment of initial research. Say, pull open an encyclopedia entry on a thing to see what you find, or pull up Wikipedia, or ask someone who either knows more than you - or, even better, ask a complete and total nerd on the subject (you may have to rein them in a bit here).

You could even take a page from Alexandra Horowitz's magnificent book On Looking, and take an expert on something you know basically nothing about on a walk around your own neighbourhood, so you get a glimpse of it through their curious eyes. 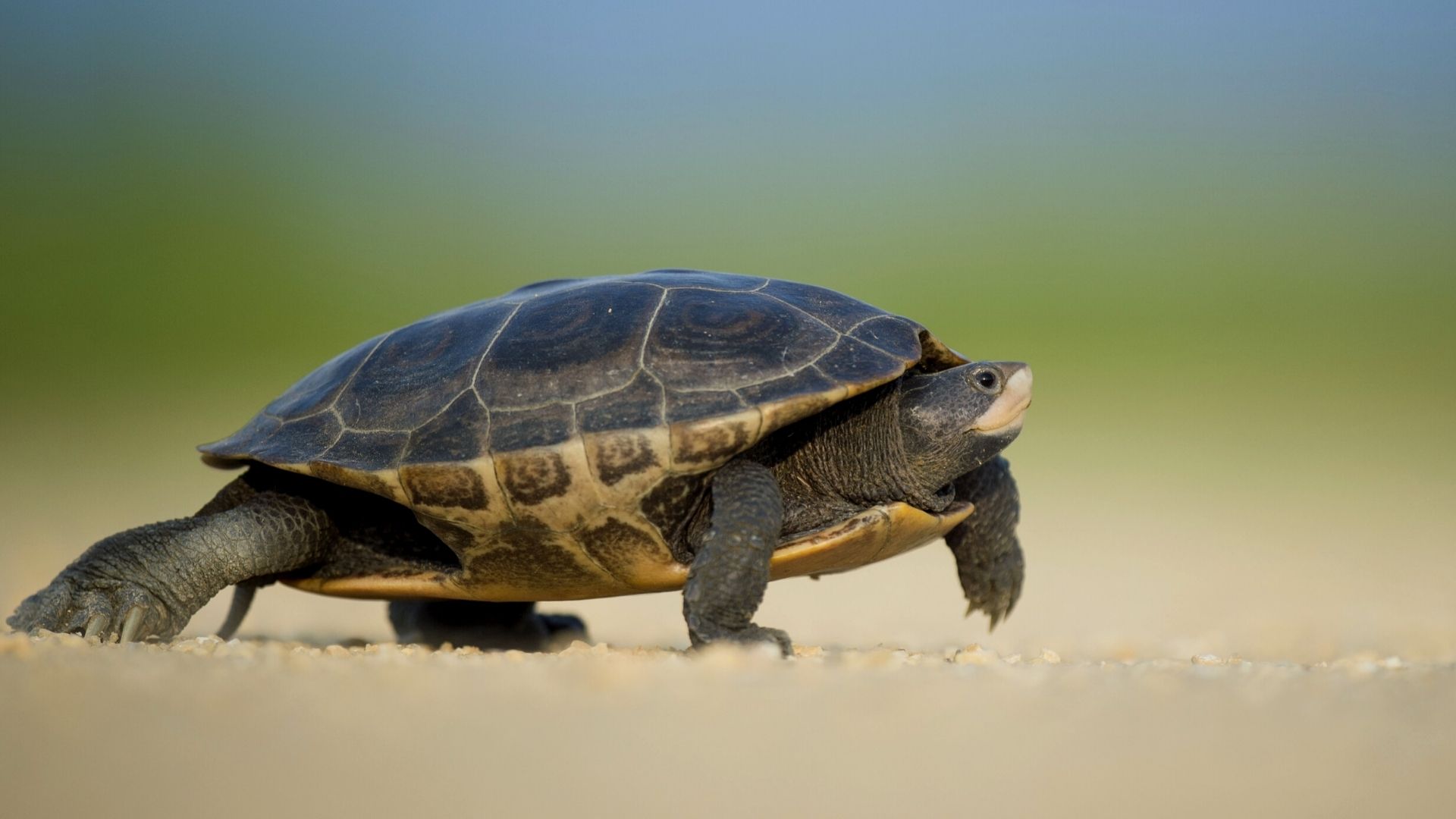 Explore topics for depth rather than distraction

2. Slow Down To Look Deeper

What we call "curiosity" really exists in a number of flavours, The one we're painfully familiar with is diverse curiosity, which powers the Internet, better known as Shiny Thing Syndrome: an endless parade of superficial distractions that grab our attention but act like neurological junk food. We don't need more of that, frankly - and it can't help us at home, where at first glance, novelty seems thin on the ground.

More useful here is epistemic curiosity, which powers academia, good travel writing and any form of deep study. It's where you look at something long and hard enough that you start to see all the things you previously missed (because you didn't ask the right questions, or because you didn't lean in and really, really look at the thing).

Journalists are taught the tools of epistemic inquiry, and use them to spend unusual amounts of time digging into a story to find how deep it goes. The result is usually surprising and enlightening, even if you think you know something about the topic already - because you never looked this hard at it.

A good rule of thumb for triggering this kind of curiosity: interrogate your boredom. In other words, seek out the things you'd normally regard as tedious and dull, and take a harder, slower look at them. The more boring it initially seems, the more capacity it has to surprise you when you find out something new about it. 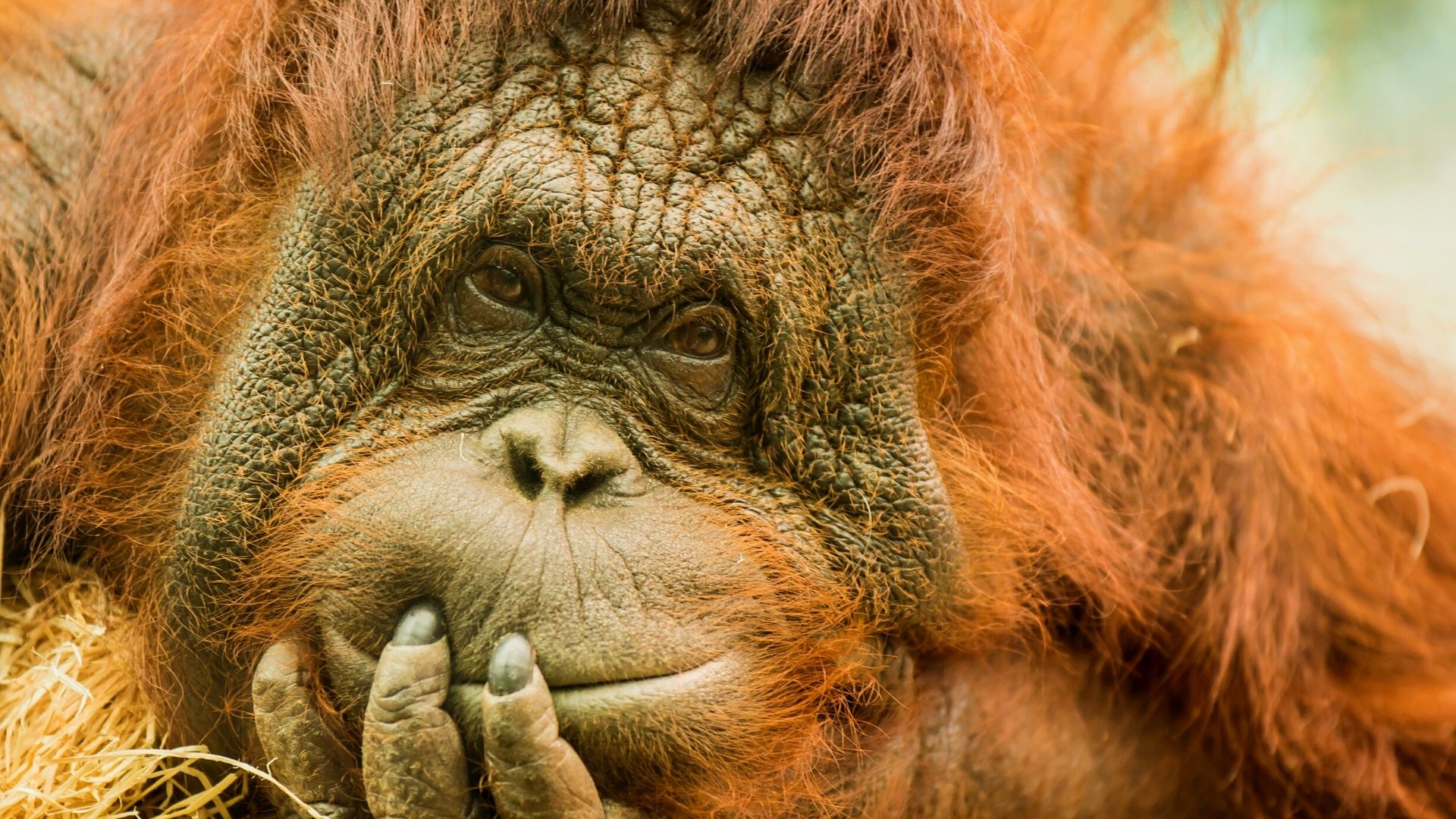 Learn something new and challenging

Sometimes the best way to become more curious is to act stupidly.

Not in the antisocial, reckless, rule-ignoring, endangering-yourself-and-others way. No - this kind of stupidity is a bit of ridiculous fun, done for the enjoyable hell of it, for no reason other than it seems an entertainingly daft thing to do that keeps you pleasantly busy.

During lockdown, you may have seen a lot of people baking bread. Why? There are certainly practical reasons, and bread-baking is a great joy of life at the best of times, but - why so much now, in such staggering amounts? And what about the people walking or running every single street in their neighbourhood? Or spending 26 days photographing something pertaining to every letter of the alphabet in succession? What's the point of all this?

The point is usually something you discover while you're doing it, or perhaps afterwards - but it's not obvious in advance. The point, in this case, is not going to motivate you to get moving, and to put yourself in places where serendipity and curiosity can take hold of you. It's actually better here to do something pointless, in the logical, rational sense.

Or in other words, to go do something stupid.

Quick question: exactly how many chairs does your house have? If you don't know, go count them now. And hey, where are the five nearest trees to where you're sat reading this - and what varieties are they? And also, how many people live within a square mile of your home? Yes, these are all fairly stupid questions. But you never know what you'll find out if you try to answer them.

Learn the basics about the unknown. Lean in closer towards what you do know, and challenge yourself to go do something today that you'd struggle to explain coherently if someone asked you.

It might open your eyes to a whole new world on your doorstep.