Orkney And Shetland: The Forgotten Heartland Of Britain?

If you're used to big-city - or even small-town - life in Britain, doing weekly chores on the northern Orkney island of Westray, my home for the rest of 2020, can be a bit of a puzzle.

Take yesterday. I'm low on groceries, so…where around here sells fruit and veg? What about a butcher? Or a baker? I realise I'm low on cash: where's the nearest bank, or failing that, automatic cash-point?

A quick search on Google Maps finds a Bank Of Scotland, smack in the middle of Pierowall, the island's only settlement. It's only open twice a week, and even then, just for a few hours - but I'm in luck because one of those times is right now. But when I arrive, I find a tiny box of a building with a sign on the door: CLOSED DUE TO COVID RESTRICTIONS. It hasn't been open for six months. Um - okay. Time to ask someone for some answers. 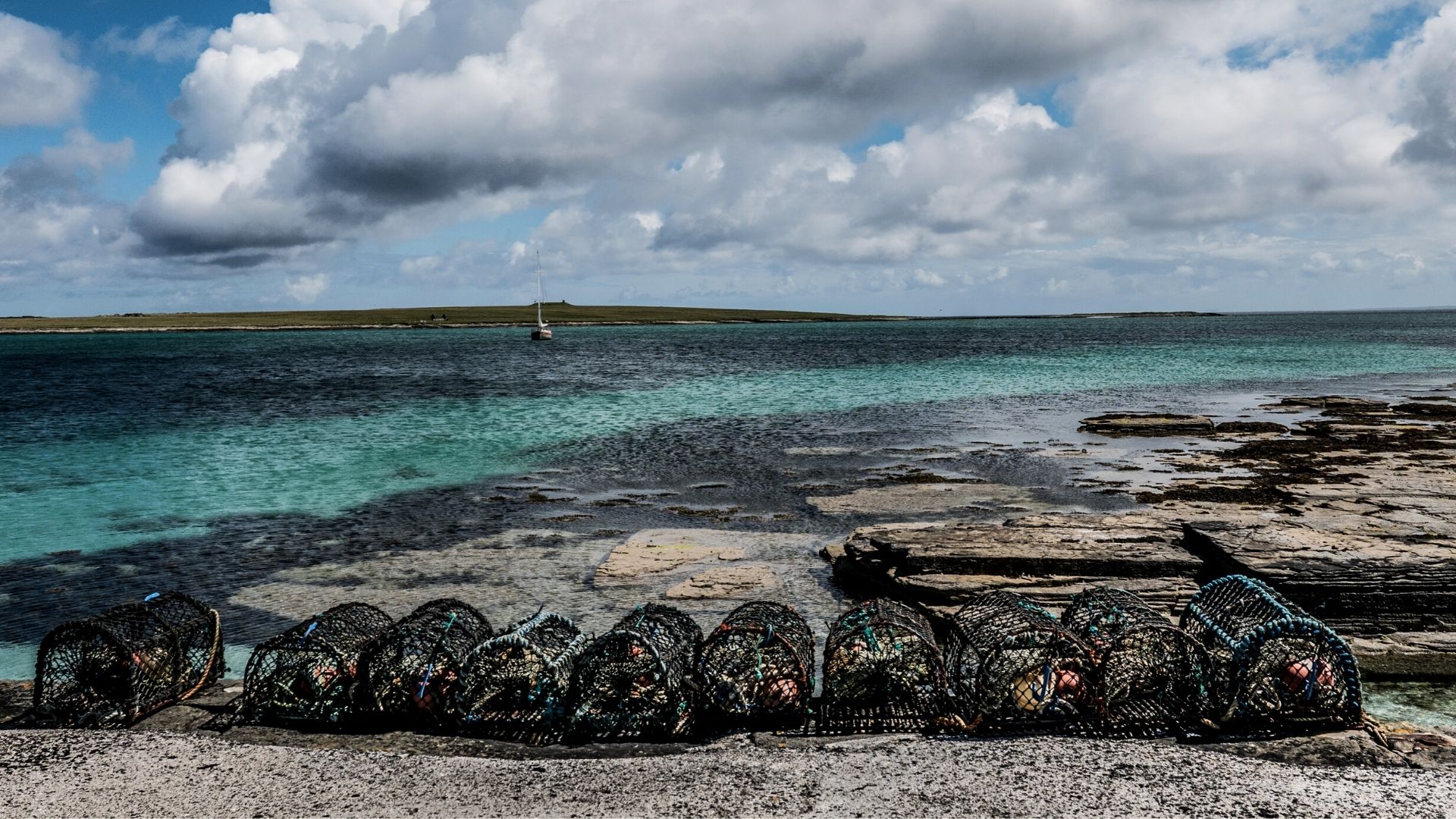 Lobster traps in Westray in the Orkney Islands

If you're a local, all this is a no-brainer. If you want cash, if you want food, if you need a new t-shirt or a woolly hat to fight off Orkney's terrifically stiff breezes, you go to Tulloch's general store - or Rendall's, directly opposite it. There's another shop on the south end of the island, but for most people, Rendall's and Tulloch's provide everything, stocking every kind of Westray and Orkney produce and shipping in anything that can't be fished, baked, woven or spun locally.

There's also a craft shop, a Post Office (set into a corner of Tulloch's), a cafe (inside Rendall's), a school, a doctor's surgery, a hotel, pub and restaurant all in one, a gospel hall & community centre, a fire station, an airfield supporting the shortest commercial flight in the world (a 90-second hop to the next island, when the conditions are right)…and, well, what else would you need in life?

For Westray's 600-odd inhabitants, this is plenty. There's a new restaurant opening up the road early next year, there are a few new wind turbines on the hills providing a welcome source of income for the community, but this is more or less the Westray I remember when I worked here as an archaeologist 20 years ago.

I could go for a walk out of town, maybe onto one of the low hills surrounding it, or along the cliff edge with its spectacular views of the North Atlantic with nothing beyond but ocean for hundreds of miles until you hit Iceland - and it's quite possible that I won't see another soul for hours.

The word you'll most hear being applied to Scotland's outer island chains is "remote". But - remote from what?

There's a prejudice showing itself here, a bias towards capitals like Edinburgh and London and great places of modern industry and governmental energy. Everywhere else, it's suggested, is on the fringe of normality, a place for people 'escape to' when they want to flee the modern world to cool off (or, in my case, find a quiet place to write over the winter).

Consequently, places like this acquire an unrealistic reputation for…shall we say, weirdness. Isn't it so weird that there are just two shops that sell almost everything? Wouldn't the quietness drive you a bit potty? And isn't it peculiar that someone would actually choose to live in such an empty place (perhaps with the unspoken judgement I wonder what's wrong with those people)?

(How easily that perceived strangeness can turn to prejudice.) 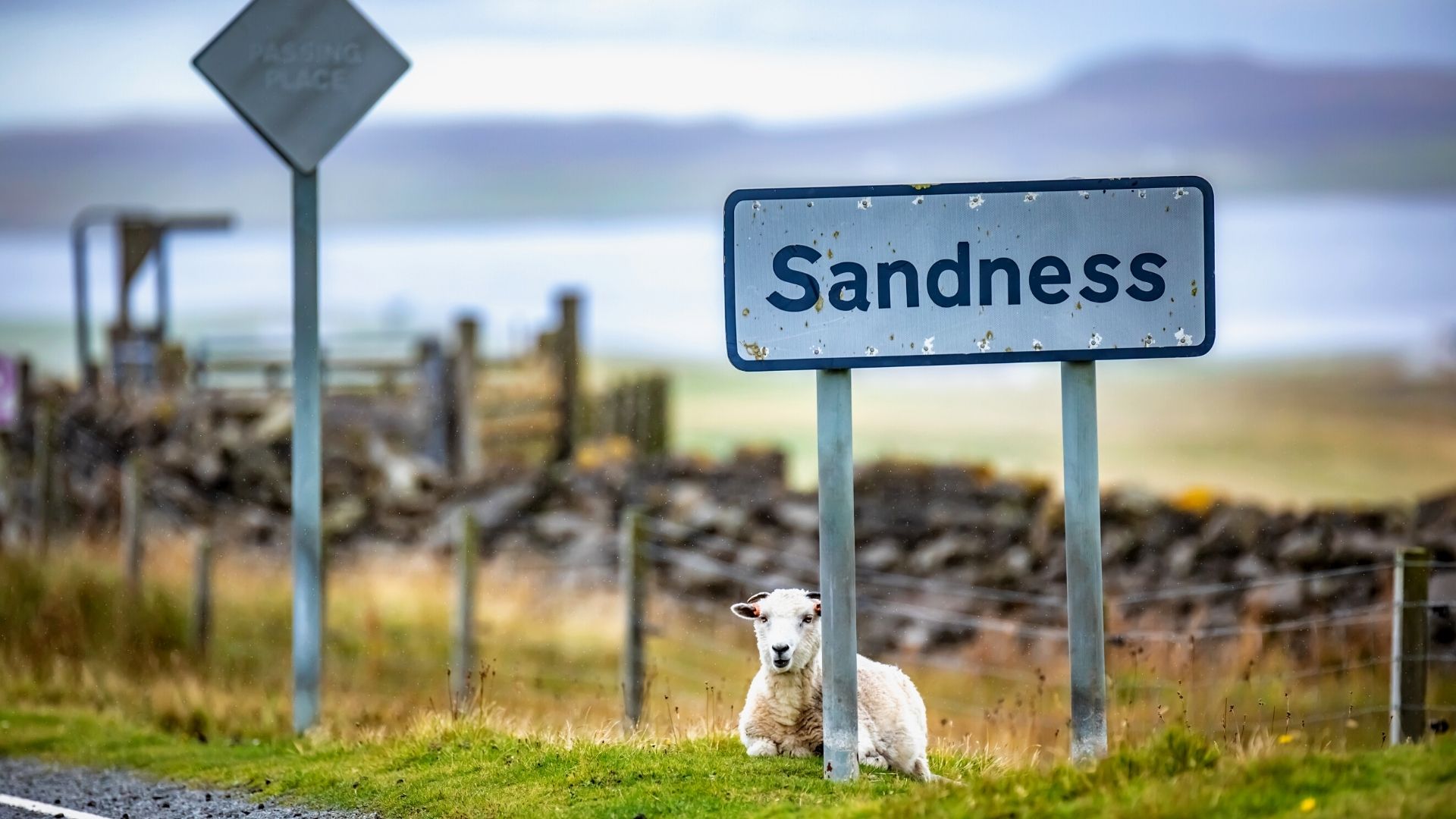 Traffic police at work on the Shetland Islands

"Since the show debuted in 2013, there has not been a single murder in the islands. Nor were there any in the five years before that. Shetland, indeed, is one of the safest places in the British Isles. So accepting even the premise of the programme requires a suspension of disbelief almost heroic in scale."

As a visitor, it's easy to bring that kind of bias into what you're seeing. If you're sailing into the northern isles on Scotland by sea, you'll be most fascinated by the empty or abandoned islands - fifty of them in Orkney, more than eighty in Shetland, rarely more than a low hump of grassy land surrounded by wave-pounded rock. It's easy to imagine you've gone beyond the lines of civilization, to a precarious place where humans have always feared to tread…

This is an excellent time to pull out your map and have a really close look at each of those islands from above. In many cases, you'll find they're far from empty. There might be the outlines of a house, the tumbled ruins of a jetty, or the mark of a cairn, hundreds or even thousands of years old. In many cases, there were people here, even if they aren't there now - and sometimes they lingered for an incredibly long time.

Zoom out a little, and things get even more surprising. At the heart of Orkney are archaeological remains on a staggering scale - the 5,000 year old temple complex of the Ness of Brodgar, for example.

Only recently investigated in detail, it's a colossal ancient landscaping project, a mind-boggling investment of time and energy that suggests these islands were home to a relatively huge number of people for the time, maybe as high as 10,000 (almost half of Orkney's present-day population). In the words of the site's director of excavations:

"We need to turn the map of Britain upside down when we consider the Neolithic and shrug off our south-centric attitudes… London may be the cultural hub of Britain today, but 5,000 years ago, Orkney was the centre for innovation for the British isles. Ideas spread from this place." 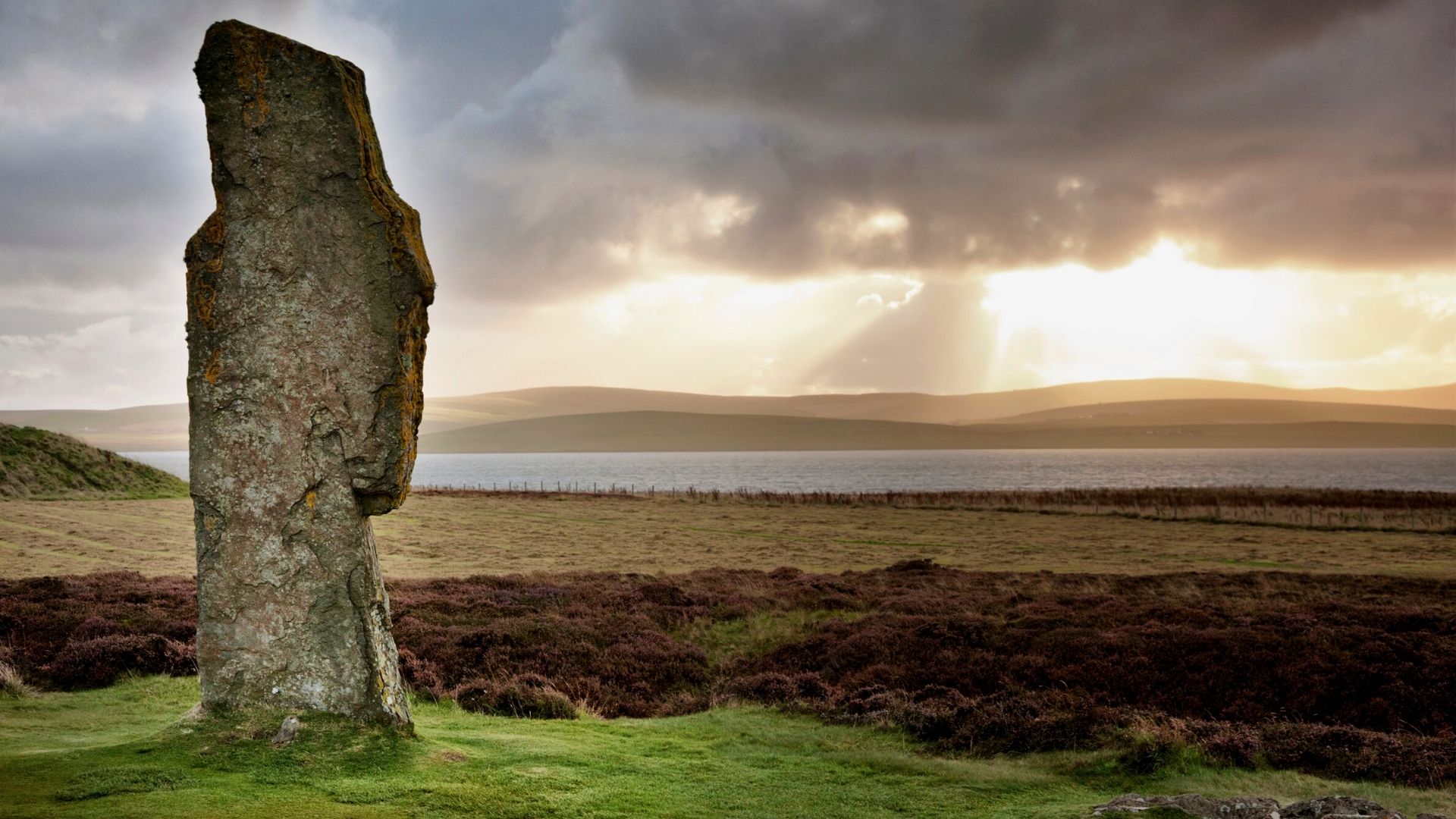 So the apparent strangeness of these islands is undone in two ways. Firstly, they certainly don't seem odd to anyone living up here, so used to these rhythms of life that a city would perhaps seem unfathomably, unnecessarily complicated in comparison, at a scale that was inhumanly weird. A steel and concrete jungle with a million people in it? Why on earth would anyone want to live there?

And secondly, there's the prejudice of our simplistic views of edge and centre, core and periphery, where we tangle distance with narrow-minded ideas of remoteness, backwardness and the unimagined terrors lurking at the edge of our maps.

In fact, as archaeology is showing us, we frequently get this all wrong.

Coming to a place like the Scottish Outer Hebrides or through the inner passages of Orkney and Shetland isn't "getting away from it all" - it's returning to a cultural source, sunk deep into European history and only glimpsed through the nearly-vanished fragments of structures built to last for thousands of years...

Perhaps the real puzzle isn't why we came here - it's why we left.

For more stories like these and news about upcoming trips and webinars, get our weekly newsletter by signing up here!