Return Of The Iron Rooster: The Timeless Appeal Of Train Travel

It's fair to say that this year will remain memorable for most of us for a variety of reasons, not all of them pleasant. But for me, 2020 will always be the year I discovered the joy of train journey videos on YouTube.

Yes, it's a thing. And it's a popular thing. Open up the world's second-most-popular search engine (yes, we're still talking about YouTube here) and type something like "train journey video" - and also "4k", to make sure you get a really high quality one.

Scroll down through the results, and you'll notice something a bit startling: just how long they are. Yes, some of these are recordings out of the driver's cab of the entire journey between two points - and some of them last hours. The level of obsessive detail being displayed here is worthy of any dedicated train-spotter. If you want to watch the 9-hour-50-minute journey between Trondheim and Bodo in Norway, you can take your pick between Spring, Summer, Autumn and Winter recordings. 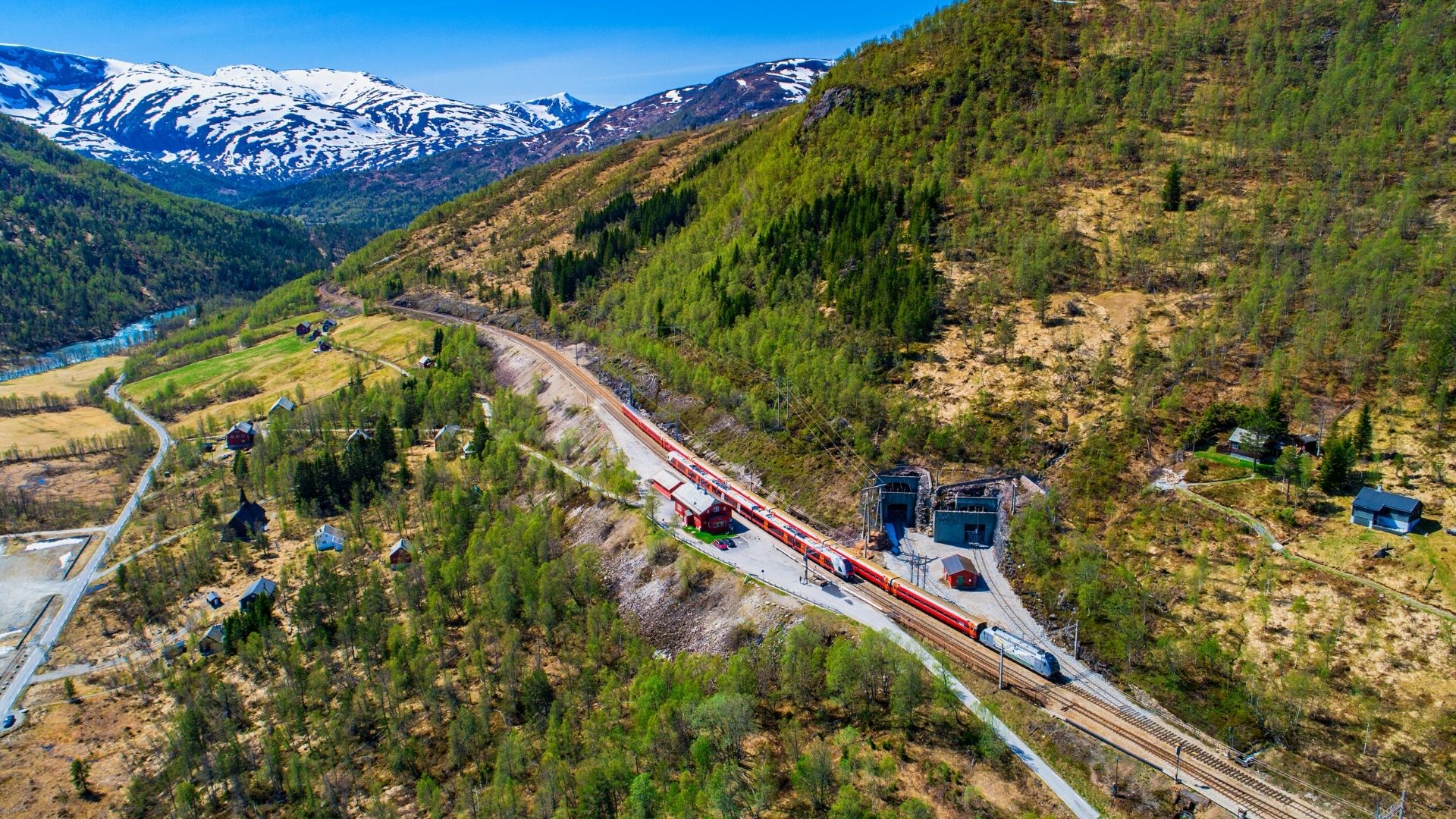 A train runs between Oslo and Bergen in Norway

Do people really watch these? And just how bored would you have to be?

The answer to the first question is: oh yes. Many people. And this year, I became one of them. And as for the second question - actually, you don't have to be bored at all. All you need to be is someone who has taken a lot of great train journeys, who knows they're the best way to travel, who misses them like crazy at times when they can't travel like that - and who wants to sleep better at night.

The enduring popularity of these "real-life travel" films (as far as I can tell, they've been an internet subculture for at least a decade) has a lot to do with how you feel as you watch one. If you're accustomed to the frantic, pounding pace of most online content, these videos are like meditating for the first time, or dozing pleasantly on a really soft mattress after a day of demanding travel. Yes, boring might be the right word - but only if it's expanded to encompass all forms of relaxation, including the really delicious ones.

In this way, it's pretty much like the real thing. That's train travel, for me, for many millions of people, and judging from the popularity of Wheel & Anchor's recent webinar on great train journeys, quite possibly that's how you see it too. Going by train can be the opposite to other forms of travel, especially flying: it has the ability to deposit you at the other end in a more relaxed state than when you first embarked. Not always - but when it happens, it feels like magic.

Of all the forms of mass travel, the railways seem set to recover from the ravages of 2020 the quickest. With an estimated 500+ new high-speed trains launching across Europe over the next decade, and growing environmental concerns over airline emissions, the foundations are in place for a public-consciousness shift from flying to riding the rails, at least in my corner of the world - let alone in places that have invested far more heavily in hi-tech travel travel, like Japan. 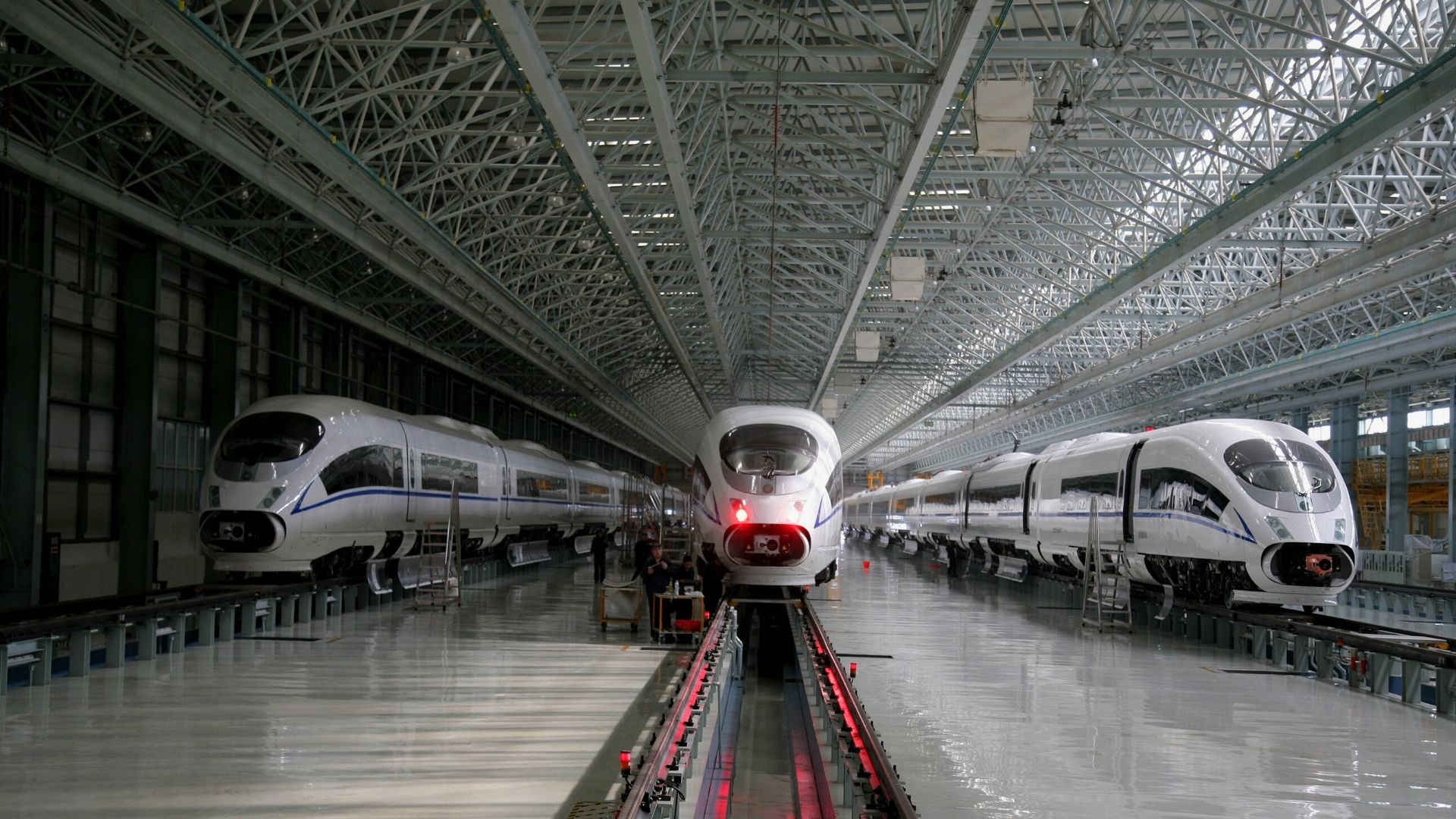 Bullet trains in a station in Japan

From a practical perspective, with a few caveats (eg. the need for infrastructure investment and affordable ticketing), train travel seems poised to adapt impressively quickly to a post-COVID world.

But for me, it's the lived human experience of train travel that really puts it into a category of its own.

Fo example, the meditative aspects of train journeys go further than the view out of your window. There's the motion of your carriage - a gentle swaying that anyone who has laid in a hammock will recognise - or perhaps sat on the beach with the sea water up to your waist, so each wave gently tugs you back and forth.

Then there's the stops: an annoyance if you're in a great hurry to reach your destination ("oh come on, not another one") - but if you're there for the ride and it's an unfamiliar land you're passing through, the announced place-names have the evocative quality of a mantra in a language you don't understand.

(On the flip side, a familiar set of stop announcements can make you feel enormously nostalgic, as I found a few years ago when living in Costa Rica - I stumbled across a recording from a London Overground service and listened, transfixed and goosepimpled, for a gently homesick half-hour.)

The mellowness of train travel is not lost on professional travel writers. Paul Theroux's much-loved The Great Railway Bazaar (1975) and its railway-focused sequels are responsible for inspiring a new generation to grab a notebook and a ticket to ride. The late 20th Century boom in the European 'all you can eat' InterRail experience introduced zero-budget backpackers to the travel possibilities when you can travel overnight, sleeping in your train seat, then disembarking at dawn to make the most of a day in a new place without bothering with accommodation.

And then, of course, there are the legendary train rides - the scenic ones, the luxury ones, the thrillingly adventurous ones. You know their names (we covered some in the webinar, if you want a refresh). They've even become familiar staples of popular entertainment: the most recent version of Agatha Christie's Murder On The Orient Express (Kenneth Branagh, 2017) took $350 million at the box office. 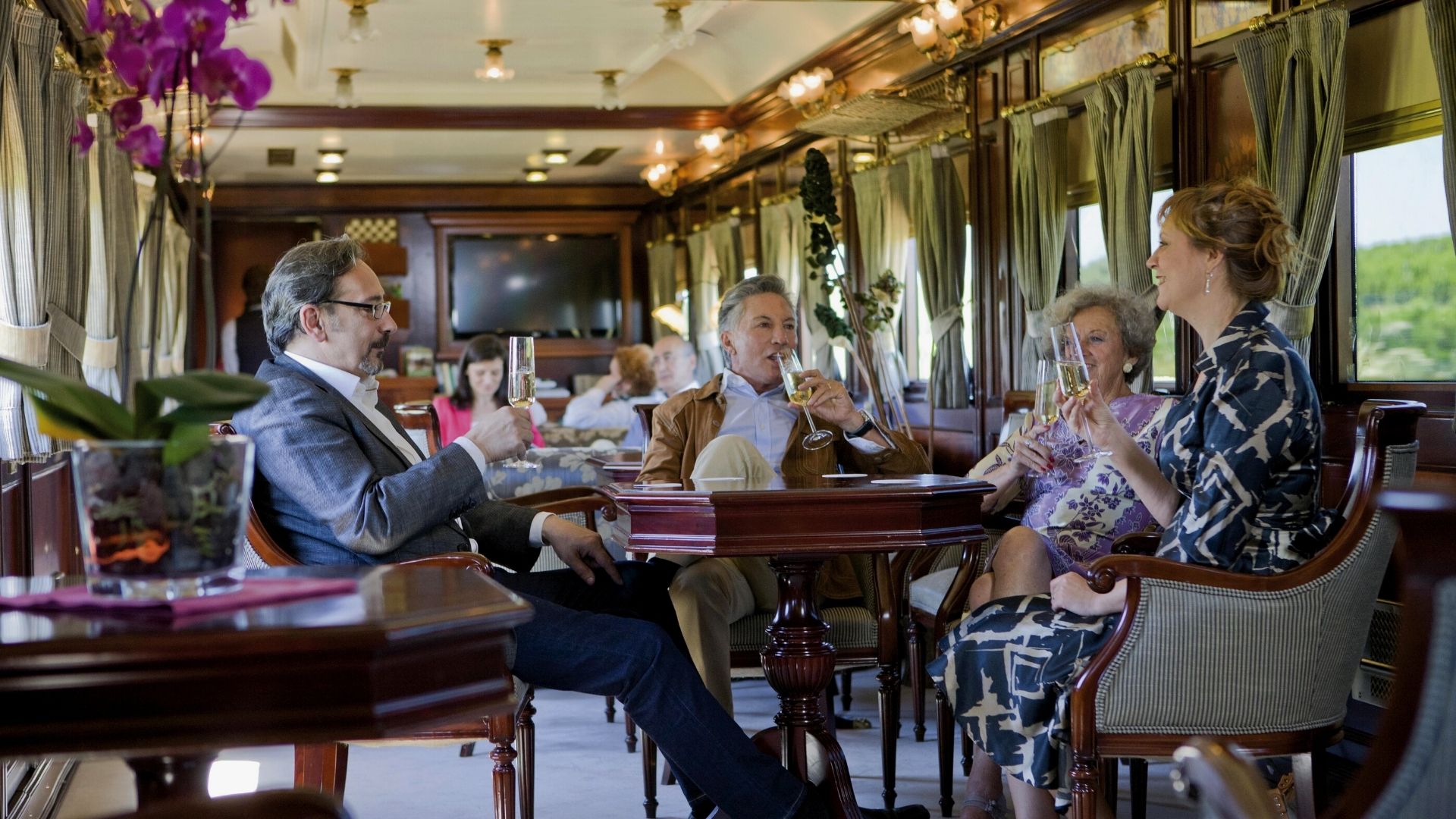 Inside the luxurious Al-Andalus train in Spain

A journey by train can be something to savour. In this case, how you get there is as important as when you do - as opposed to the strange, otherworldly non-experience of flight. In a train, you've got the best of both the terrestrial and aerial worlds: firmly plugged into an exciting landscape that's just there, at the other side of the glass you're staring out of - but whooshing along at an efficient lick that will get you somewhere interesting in good time (and without the hassle of all that queuing and sticking tags on luggage that can eat up extra hours if you go by air).

There's one other aspect of train travel that gets me every time, and you don't even have to be on a train to appreciate it. Just take a trip to your local railway station, find a seat somewhere, and watch the trains as they load up with people.

There's a sense of mystery at the beginning of a train ride, of a story just beginning, the first connection in a journey that can span the world - and it starts here, now, with a door closing and a cab horn honking, and that wonderful klikli-klahklah of metal wheels crossing interwoven tracks. It's still a romantic thing, even if the breathy whistle of steam trains has been replaced by less exciting modern alternatives - and to me, it's all the promise of good travel in one sensual cocktail of sights and sounds.

As I write this, my next train-ride is a week away, taking me from the northeastern corner of Scotland down to the cabin I'm renting for the winter in Argyll. It won't feel the same as normal - I'll be masked up and socially distancing from the strangers I'd normally try to spark a conversation with - but it'll be a reminder of better train journeys I'll be taking in 2021 and far beyond.

I wouldn't want to see the world any other way.