Post-Pandemic Travel: Looking Forward To A World Of Firsts

You never forget your first time.

My first sight of France was from the deck of a ferry, carrying myself and 20 other school-trippers, plus teachers, towards a disastrously unruly visit to Paris and the Loire Valley. We clung to the guardrail, transfixed by the French coastline. (The ferry back was a rather more sombre affair: many of us were worried that our exasperated teachers would be expelling us for bad behaviour.) 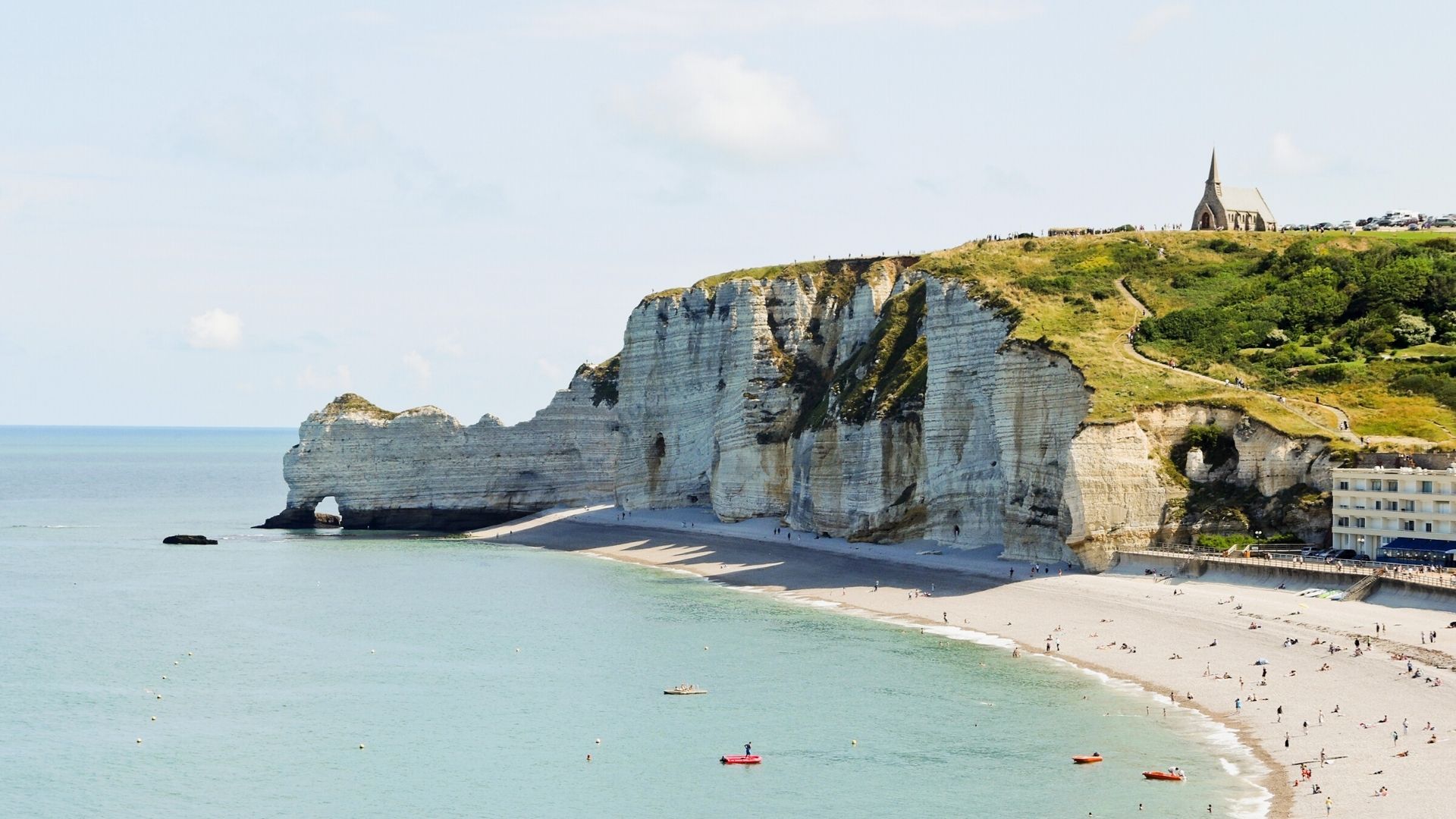 The coastline near Etretat, France

My first coastline of Belgium was from a ship, sweating and nervous, because I was taking a huge risk by going AWOL from my English university degree to spend a week with a girlfriend.

And Germany was...well, I was born in Germany, so perhaps my first sight of it was upside-down - but as an adult, it was a night flight: the tight cobwebs of lights below my airplane window thinning out, turning from middle Europe into the vast, patchy forested darkness of Western Germany.

In a way that catches you off-guard, how you arrive in a place, and the journey you’ve taken to get there, dictates a lot of how you’re going to feel about it for the rest of your life. We build our expectations in the days, months and years before arriving, and they sink deep.

If they’re met or delightfully exceeded in a way we partly choose (and feel proud of choosing), it’s really magical. If not? Well, that’s no fun at all, and those kinds of disappointments tend to stick. As comedian Tim Vine says: “I just went on a once-in-a-lifetime holiday. Tell you what: never again.”

As we head into what looks like the final stages of the 2020 COVID-19 pandemic, everyone is feeling that longing to hit the road again. The simplest, most everyday moments of travel have acquired a new lustre. How about takeoff, or that soft jolt that means the train is moving? I can’t wait. These things will say, Welcome back.

There are dangers in getting your hopes unrealistically high, of course. Nobody wants to be the protagonist of French novelist J.K. Huysman’s book À Rebours: after a lifetime of romanticising his first arrival in London, he loses his nerve and turns back at the train station - because of a fear that reality could never meet what his imagination has wrought. Please don’t ever get that overheated. Feet on the ground, and all that.

But pining for travel like we’re doing now - yes, it’s frustrating, but it’s also part of the enjoyment (in a slightly perverse way). In talking about that washed-out faded blue tint that makes all distant mountains look so appealing, and tying it with our desire to visit places we’ve never been, writer Rebecca Solnit says this: 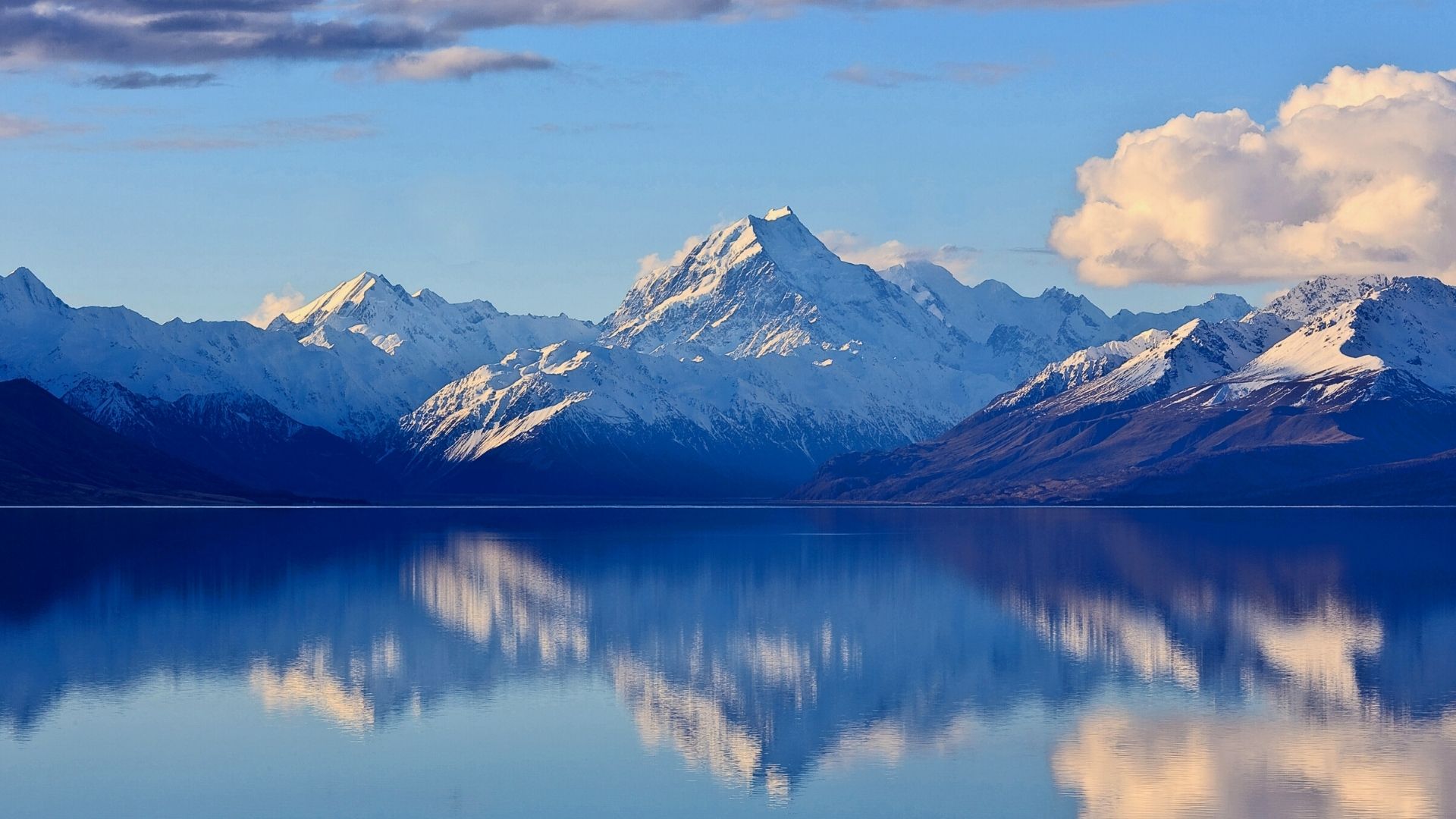 “We treat desire as a problem to be solved, address what desire is for and focus on that something and how to acquire it rather than on the nature and the sensation of desire, though often it is the distance between us and the object of desire that fills the space in between with the blue of longing. I wonder sometimes whether with a slight adjustment of perspective it could be cherished as a sensation on its own terms, since it is as inherent to the human condition as blue is to distance?

If you can look across the distance without wanting to close it up, if you can own your longing in the same way that you own the beauty of that blue that can never be possessed? For something of this longing will, like the blue of distance, only be relocated, not assuaged, by acquisition and arrival, just as the mountains cease to be blue when you arrive among them and the blue instead tints the next beyond.

Somewhere in this is the mystery of why tragedies are more beautiful than comedies and why we take a huge pleasure in the sadness of certain songs and stories. Something is always far away.”

So here is a thing to ponder as the clock runs down on this strangest of years. What are we actually looking forward to, right now?

Is it the freedom to travel anytime, as a background, taken-for-granted kind of thing like a piece of furniture that never gets used? Travel’s always there, so what’s the rush, and who cares if we never seem to find (or more correctly make) the time for even those really special trips?

Or is it something more tangible, specific and time-sensitive? Is it that specific adventure we’ve been putting off for years - but now feels more urgent, because we’re in this new world where the act of travel can be so completely and profoundly taken away from us? What does that do to our someday-someday plans?

Here’s a personal first that is now forever denied to me. If I could re-see Scotland for the first time, I know exactly how I’d do it. I’d be on a ship sailing through the islands: the distant mountains inland just visible and tinted that special, enticing shade of blue, the spectacular rocky coastline before me, not hidden as it would be from the landward side, but in full jaw-dropping view. I would see Scotland rising into the sky out of the sea before me, and I would say whew, and my knees would suddenly feel weak. That’s how I’d do it.

(Pretty much this way, in fact.) 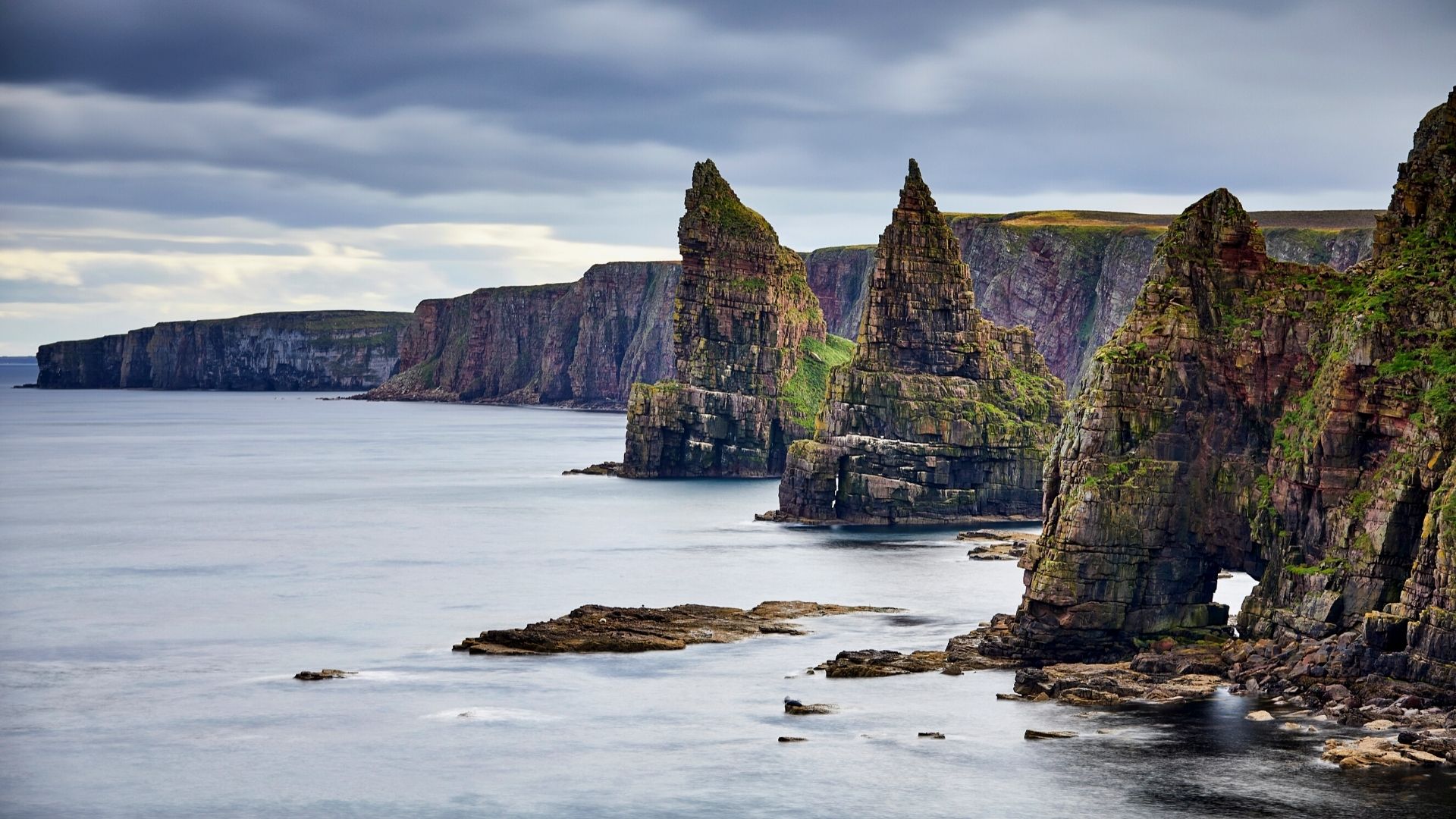 The magnificent coast of Scotland

I bet you have a place too. A special place in the world, a first that hasn’t happened yet. Somewhere that’s always brought a lump to your throat when you think about it. Ah. Some day, that would be amazing.

But exactly how specific is that longing right now?

What if you decided to actually go, as soon as practically possible? Manifesting it as a real thing, something to treasure because it exists, not regret because it never did.

Yes, tempering such a dream with reality can be a little nerve-wracking. But the reward? If you finally made that decision - to commit to trying to get there, and working out the practical details when it was possible to do so - then you can seriously start thinking about the best way to have those experiences and memories you crave.

Do your research. Get lost in the very real wonders of that place, things that it’s not too late to see (and not unrealistic of you to want to do so). Anticipate properly, so when the time comes at a date you’ve now decided will be sooner rather than later, you’ll have a trip that truly fulfils you.

In 2016, I was exploring southern Spain with my then-girlfriend - and Morocco was just there, across the Strait of Gibraltar, the Pillars of Hercules themselves. I’d grown up reading stories about them, of the journeys of Ulysses and the ancient Phoenician navy. 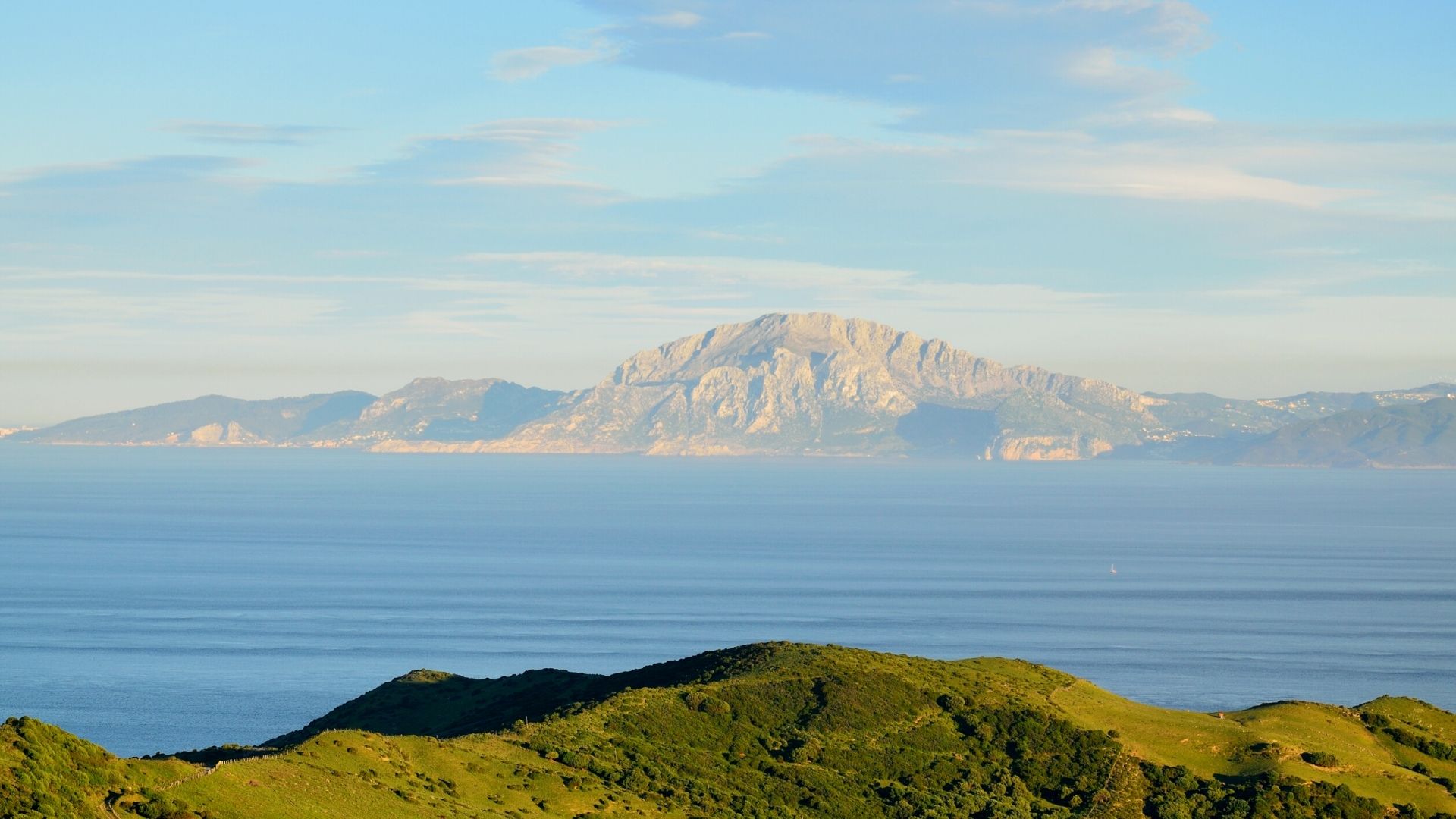 Morocco, as seen from Gibraltar

Those stories really mattered to me - but so did the reality, and that was right over there, a little over 8 miles away across the racing waters of the Strait. A whole new world of mystery, threaded with the vanishingly little I already knew about it.

It was cheaper to fly. Less than half the price of going by land, and much quicker. (I find that a lot: cheapness and efficiency are fickle guides to satisfying experiences.) By air, we could have gone straight from Granada to Marrakech in just a few hours. And if we’d done that, based on both our loves of seeing new shores from the deck of ships, we’d now be regretting it.

Thankfully we didn’t. We booked a ferry passage across the Strait, from Algeciras to Tangiers, and over one glorious sunny hour, Africa grew more and more real, less a dream and more a place, until we were walking down the gangplank and the world’s second-largest continent was under our feet for the very first time.

I hadn’t planned it that way, it was something of a whim at the time - but if I’d sat down and thought about it properly (maybe in the midst of a pandemic), that’s how I would have wanted to do it. A dream turned into reality in exactly the right way.

So when the world has opened up again, let us go forth and have all our best firsts. It’s the perfect time to do it.