Shinkansen – The Japanese Train That Outclasses Most Airlines

On the 16th November 2017, the Tsukuba Express train, running between Tokyo and Tsukuba, closed its doors and departed Minami Nagareyama Station, just north of Tokyo, at exactly 09:22 and 20 seconds.

If you’ve never been to Japan, you may think this is fantastically precise - which of course it is, but it’s also typical of Shinkansen, the bullet train network, which will be one of our primary modes of transport for our Japan: Ancient & Modern tour in 2023.

Shinkansen is a marvel of timeliness.

The average Japanese bullet train arrives at its final destination just 54 seconds behind schedule - a whole other world of reliability when compared to some modern Canadian services. 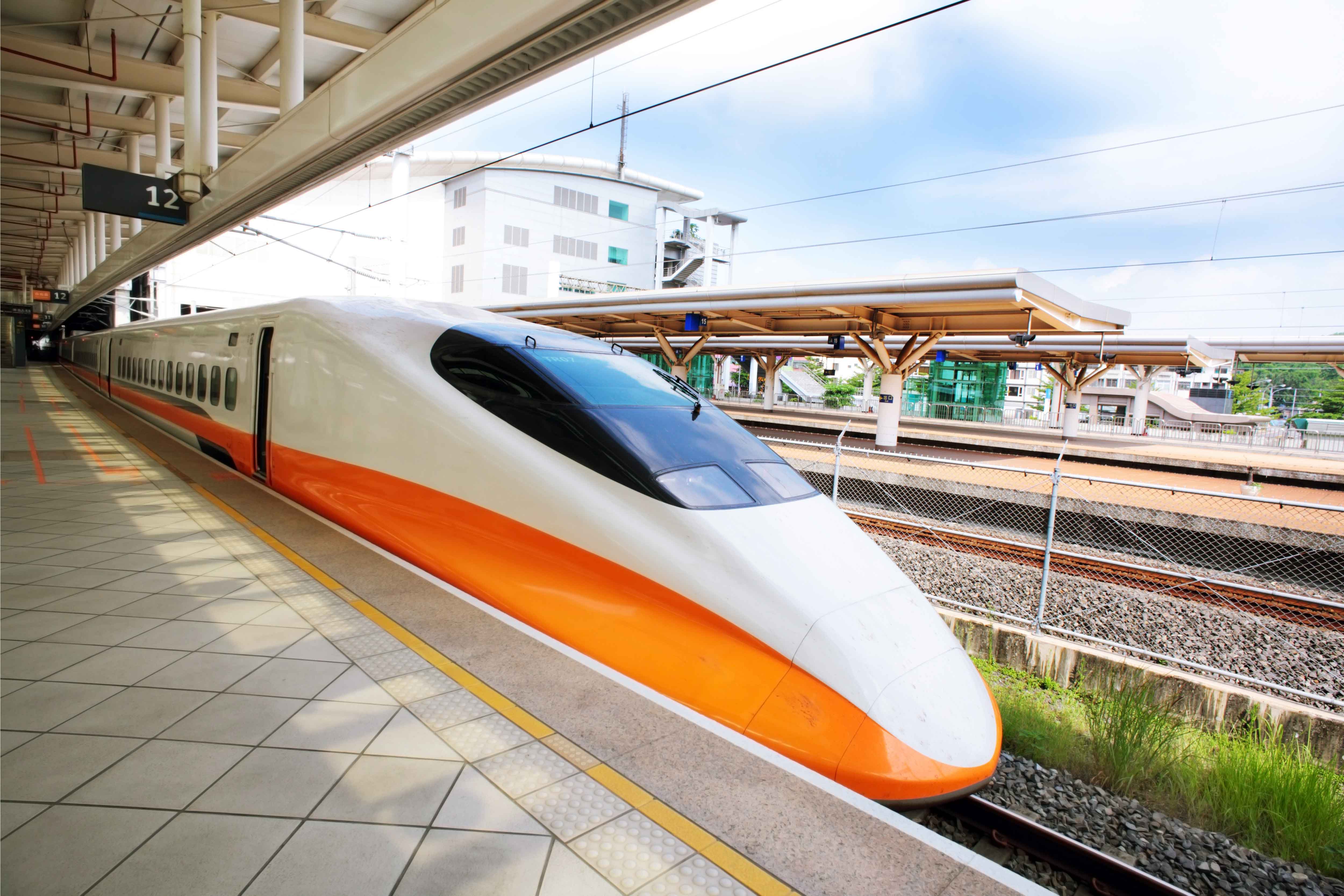 Unfortunately for the Tsukuba Express that day, it wasn’t quite punctual enough.

The scheduled departure time was 9:44:40 - a full 20 seconds later, an eternity in Japanese rail timetabling, enough to thwart those who prided themselves at diving through the closing doors at the very last second.

The result, incredibly, was an official apology:

As you might imagine, the news media lapped it up.

“Tokyo train company’s apology for 20-second-early departure is one of the best things about Japan,” ran one headline.

Half a year later, when another train departed 25 seconds early, the rail operator responsible apologised by saying the “great inconvenience we placed upon our customers was truly inexcusable".

If this sounds like hyperbole, know that the incident came to light because there were late-boarding passengers who didn’t get on board in time - and they reported it to the train company.

Japan is a country of apparently paradoxical extremes, where centuries-old traditions (including houses that flow like water) sit comfortably alongside some of the most advanced - and mindbogglingly punctual - consumer technology in the world. 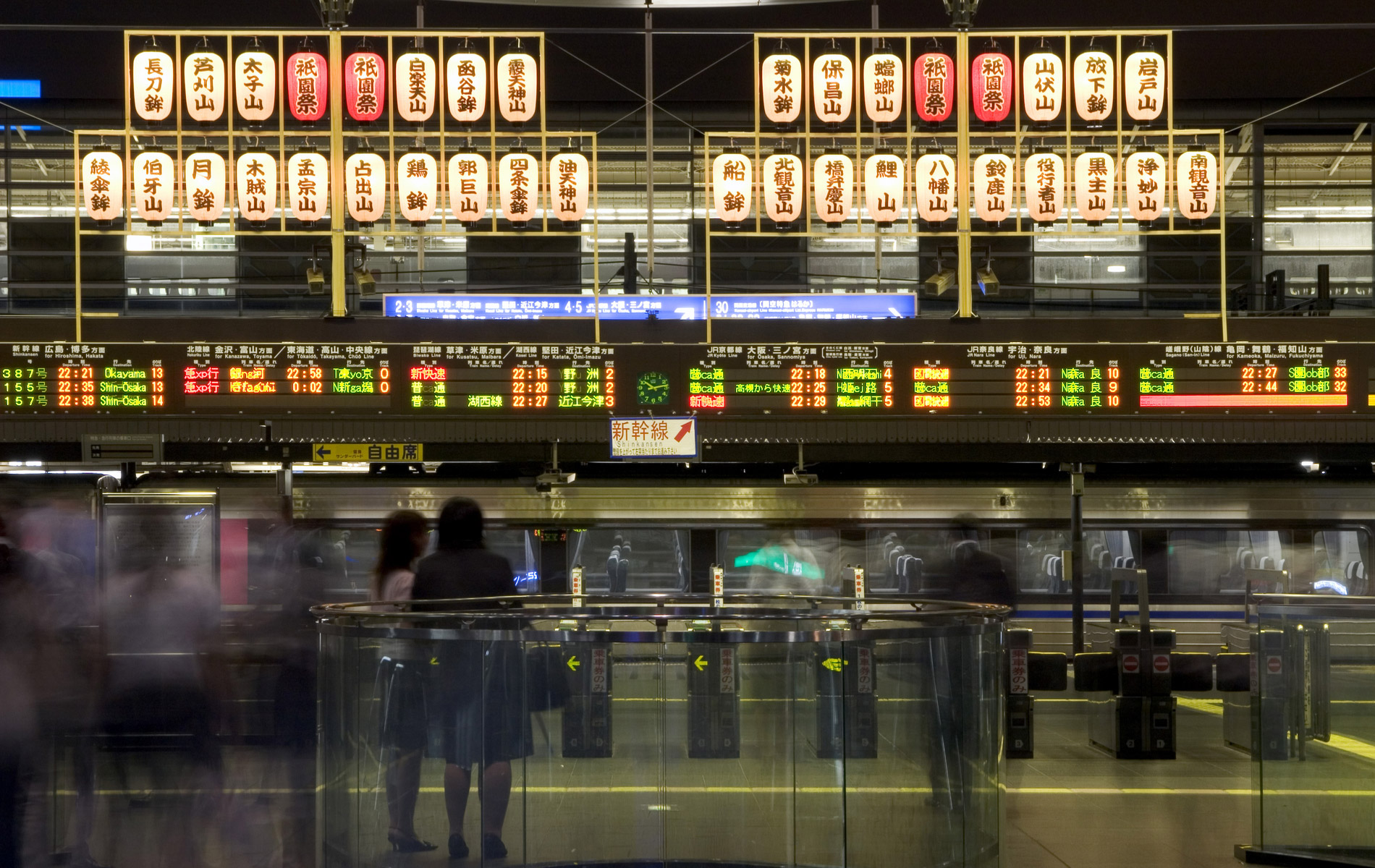 The bullet trains are typical: world-famous for all the right reasons outside of Japan, and yet within it they’re regarded as so reliably commonplace that nobody bats an eyelid.

The first Shinkansen train was launched onto the rails on October 1st, 1964, onto a new 615-km high-speed line.

Today there are over 2,700km of these lines stitched along the length of Japan, allowing its trains to reach top speeds of 320 km/hr - around a third of the speed of a bullet fired from a pistol.

The line connecting Tokyo, Nagoya and Osaka is the world’s busiest, having transported almost 6 billion passengers since 1964.

You won’t think it when you first step on board (just make sure you turn up 30 seconds early, just to be on the safe side).

The average bullet train carriage is spectacularly clean, well-lit and spacious. All the seats face forward, or should do - and if not, you can rotate them in their housings so they’re facing the direction you prefer.

Leg-room is generous, and if you’re used to having your knees squashed up when flying Economy class, you’ll want to kick your legs in joy.

And that litter-free tidiness is an attraction in itself - a result of a whirlwind, 7-minute cleaning schedule known as the “Shinkansen Theater.” 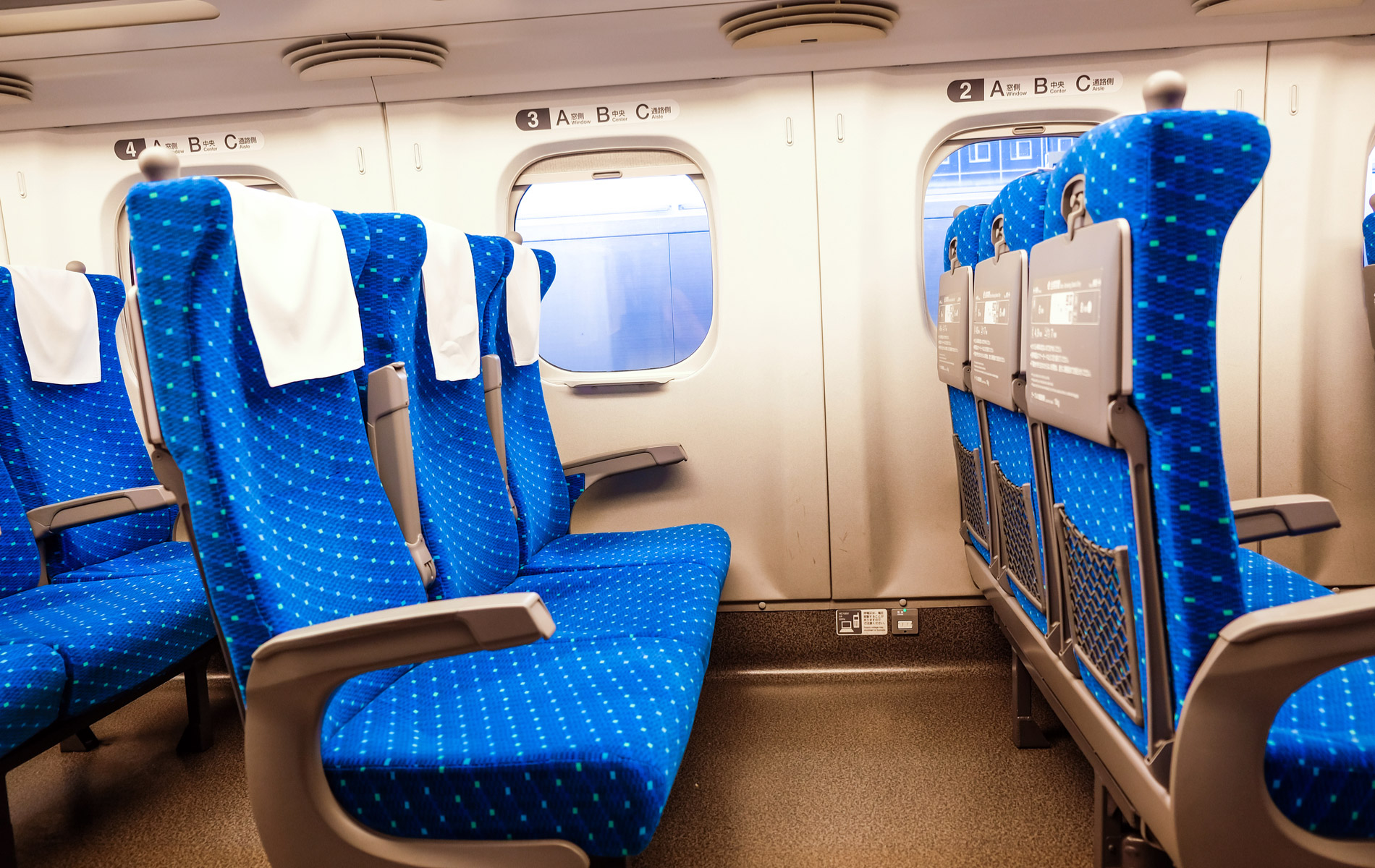 Look at all that leg room...

There’s surprisingly little sensation of movement, even when the train is accelerating hard.

Forget the rattling, clanking and swaying of some European and American continent railways - this is more like a flight through smooth skies, and that was the aim from the very beginning.

The first designs were drawn up by Japan’s chief railway engineer of the time, Hideo Shima, who wanted the bullet train to look and feel like an airplane.

Nowadays, Shinkansen is more like how planes used to be, before cost cutting and overcrowding set in.

(Even this wasn’t enough technological accomplishment for Shima. After retiring from the railways, he became head of the National Space Development Agency of Japan, spending eight years helping develop hydrogen engines for rockets.)

On the more everyday form of Japanese train, eating your own food would be a big no-no. But this is Shinkansen, so pull out your own stuff and munch away, it’s totally allowed.

However, other things certainly aren’t.

Skipping your place in the line when the doors open, for example. Talking loudly on your phone. Stealing someone’s prebooked seat.

Reclining your chair so dramatically that it’s resting on the lap of the person behind you (which really takes some doing, considering how much leg-room is on offer). Being generally disrespectful of the needs of your fellow passengers.

This is Japan, you know, and there are certain ways to behave. 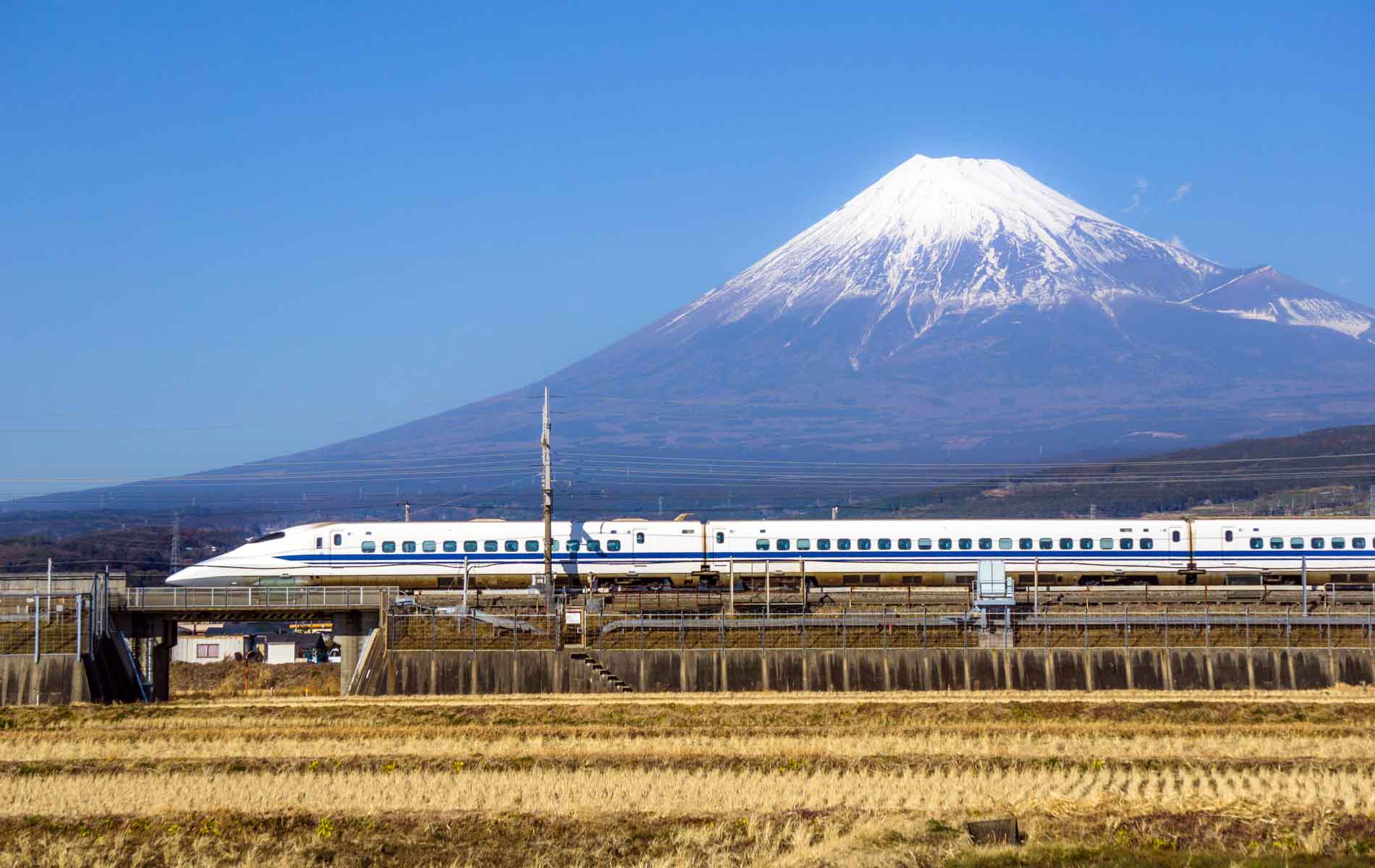 But generally speaking, travel on a Japanese bullet train is a party (and yes, actual parties are allowed as well, as long as you don’t breach any of the above rules.)

Then, usually before you know it, your destination station is near and your carriage is employing its specially-built high speed brakes, bringing things smoothly to a halt.

You’re where you wanted to be spectacularly quickly, and probably within 60 seconds of when you expected to get here. What more could you ask for from public transport?

Doumo arigatou, Shinkansen - and we’ll forgive your 20-second lapses in efficiency. We could do a lot worse.