Why Cyprus? Exploring one of the planet’s most historically contested island nations

Cyprus is an island tucked deep into the Mediterranean that has a vivid and substantive history. It is a spot I always knew I would find myself one day given that my father lived there as a child, and his brother was born there.

Once I arrived, I understood my grandfather’s motivation for moving there. The ocean is a glorious clear blanket that wraps itself around the mountain littered island, which enjoys sun through ten months of the year.

Cypriot tradition, its relevance in mythology and its contribution as a bridge between Europe and The Middle East still lives on in an unrivaled juxtaposition to its modernisation with its marinas full of yachts and high end fashion outlets. The marina in Limassol, Cyprus

Yet even today, the new architecture respects the old, utilising the beautiful sandstone which makes up much of the island, creating stunningly picturesque cities, filled with quaint boutique hotels in historically relevant buildings and stylish modern restaurants offering an array of cuisines which back onto old cathedrals and castles.

Mosaics and ruins of Roman villas, Greek temples, and great forts of empires gone by are still being discovered on this island which boasts one of the highest densities of UNESCO world heritage sites in the world.

Between our history lessons we explored the Troodos mountains, with its many tastefully restored villages, we hiked the trails of the Akamas ranges, treading in the footsteps of the Greek gods and their adventures of Cyprus. We feasted on kleftiko (slow roasted lamb and chicken), moussaka, halloumi and sea bream and tasted the labours of the budding wineries of which there are many.

The principal message of Cyprus, in my experience, was one of acceptance of the ever changing nature of life. We’ll take on the best bits, and continue onwards.

Over the recorded thirteen millennia of inhabitance it has a number of significant constants which spring to mind, but the principal of them all is that Cyprus has never ceased “changing hands”. Even today the island is divided; yet when speaking to most modern Cypriots (from wherever they descend), one can discover that the majority show little animosity towards their neighbour, irrespective of creed or origin.

The split creates a most unusual spectacle when you can visit two vastly differing cultures in one day, the Greek influenced south and the Turkish occupied north. One can enjoy a traditional meze lunch in a little village taverna then pop over “The Green Line” to find the most enormous array of baclava one could dream of for dessert before sitting down for your Cypriot coffee. Again the message of acceptance returns. Most now seem to accept that a solution is far from likely, and seem to have largely made peace with the scene as is presents today. 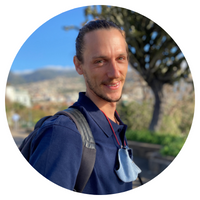