Language of Landscapes: What the Andes Have to Tell Us

People for millennia have had the power to shape rocks. What’s more interesting to wonder, in my mind, is what power do rocks have to shape a people?

Nothing evokes this question for me more than looking on the ruins of Machu Picchu.

Framed in morning mist, Huayna Picchu stands in stark contrast with the patchwork of ruins chiseled beneath it. Deep in the Andes Mountains, this congregation of terraces and buildings are astonishingly and essentially different from the rest of the wild mountain-scape. Machu Picchu is one of the most remote ruins in the world. So remote, that during the near 40-year Spanish conquest of the Inca Empire, not a single Spaniard found it. The structures were left in wait, forgotten for centuries, only rediscovered in 1911.

Walking through Cusco, or any of the now-modernized ancient Incan cities, you see remnants of the empire in the form of beautiful stonework. (Acllawasi, the “House of the Chosen Women,” in Cusco is one example worth visiting.)

Withstanding centuries of drenching rain and destructive earthquakes, Incan masonry is famed for its genius engineering and austere beauty.

The type of masonry the Incans built with depended on the importance of the structure. Hand-hewn rocks fit together with no mortar between them, also known as ashlar masonry, was reserved for places of great significance.

The sacred plaza in Machu Picchu is constructed like this, with specially shaped rocks forming a flat face of wall, so snug together that a needle couldn’t fit between the stones.

In the residential area of Machu Picchu, the houses (kanchas) are also remarkably shaped and engineered, though with less precision. Everywhere you look in this ancient city, rock echoes history. Even the most crudely-formed terrace—as if any of their engineering could be called “crude”—is worth marveling at: human hands built this. With care and precision, this rock was selected, hauled, and fitted to form this intricate assemblage of stone.

At nearly 8,000 feet elevation, the citadel of Machu Picchu is a precarious five-mile bus ride (with 5,000’ elevation gain) from the nearby settlement of Aguas Calientes. The motor of the bus chugs as it snakes up along frightening switchbacks. Looking out the window at steep cliff-drops beneath the road and towering vistas above, it’s easy to wonder: Of all the places to build a city, why here?

In 2019, geologists believe they found an answer. Six to ten-million years ago, the Andean mountain chain was formed by the subduction of tectonic plates. But it’s not the rock’s formation that makes the location of Machu Picchu special. It’s the way the rock was broken up.

Massive, landscape-scale cracks in tectonic plates are called “faults.” These fractures crisscross all throughout the Andes, but Machu Picchu happens to be built where “X marks the spot,” right where two fault lines cross.

Rualdo Menegat, a Brazilian geologist studying these fault lines, believes that this is why the citadel was founded there. All ancient Incan cities depended entirely on the presence of loose, workable rock. And Machu Picchu isn’t the only one founded this way: Ollantaytambo, Pisac, and Cusco are all found at these geologic crossroads. "Machu Picchu clearly shows us that the Incan civilization was an empire of fractured rocks," he said at a Geological Society of America meeting in 2019.

Without the shifting of the tectonic plates, these mountains wouldn’t exist. Nor would the fault lines cracking through them. Or the small, fractured rocks to be used for building. Or, without the threat of regular earthquakes, the need to build so solidly in the first place.

Our societies are founded on stone. As you travel, exploring the different flavors and cultures of the world, I invite you notice the rock that creates the backdrop of your voyage. How does this great system around us work? From animal to vegetable to mineral, what dynamics underly all that we see?

Terrain defines us more than we could ever know. Without such difficult trekking, would Peru still value lamas as it does? How did the soil of these mountains decide what the ancient people could grow and eat? Without these towering mountains, would the people here be so rugged, so regal, so kind? The imposing igneous rock of the Andes has prevailed for as long as ten million years. Then, for a blink, this rock helped found, build, feed, and then hide an entire city. And when, in another blink, the city was empty, these mountains remained.

Awe permeates when you explore Machu Picchu. Walking through the empty city, you stand in a doorway that existed before you were even a heartbeat. You stand in a doorway that will exist after all our heartbeats fade. And from that doorway you look out into the mountains, knowing that some ancient person, whose name is lost to history, stared out from that same place, perhaps with that same sense of awe. 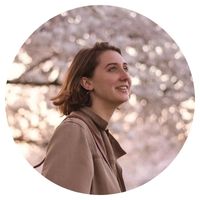