It’s an easy mistake to make. As Lake Baikal vanishes behind, and the plains and low mountains give way to the suburbs of Ulan Ude, your Trans-Siberian train prepares to switch tracks onto the Trans-Mongolian Railway, ready to cross the spectacularly empty Gobi desert.

You turn to the person next to you, and say, “At last - we’re entering the Mongol Empire!”

It’s understandable. I mean, it’s right there in the name. The Mongols ruled Mongolia - and maybe a little further beyond? You’re not sure. But *this* is where they ruled. Right? 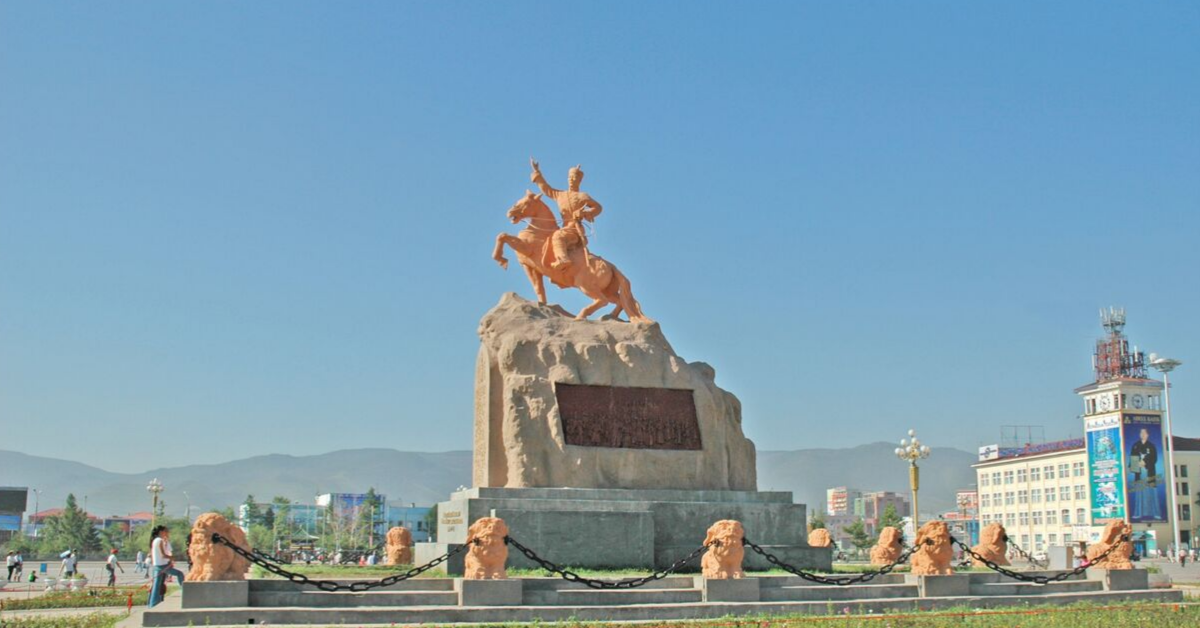 You could, entirely accurately, call the most famous railway route in the world the “Mongolian Empire Railway” - except if you did that, you’d have to extend it westwards as well.

As world empire rulers go, the Mongols don’t always get the attention they deserve. It’s usually about the British, Spanish or Portuguese for the sheer expanse of their territorial conquest, or the Russians or Romans for the area of unbroken territory uninterrupted by sea.

But Mongolians can confidently claim to have had the most impressive, even if most people aren’t aware of it.

You’ll know the name of its first ruler: Genghkis Khan (also called Chinggis, Jenghiz or Jinghis, or far less frequently by his original name, Temüjin). It’s true that he was the catalyst - but the world power he created only became the biggest unbroken empire in history after his death, in 1294 AD. 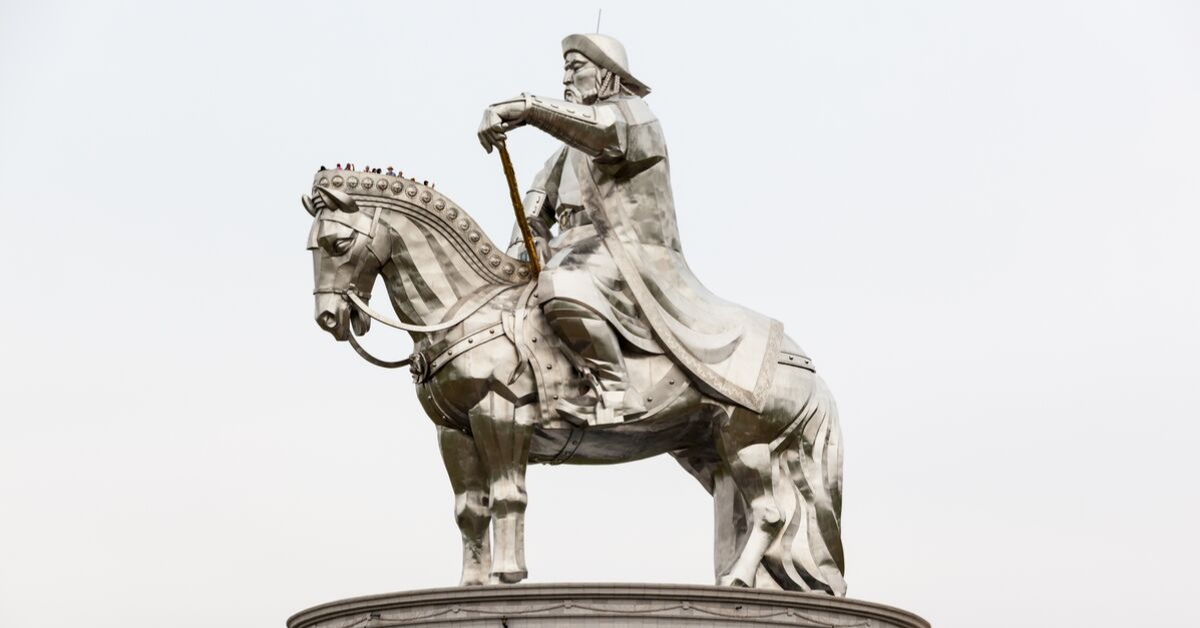 At this time, it stretched from Eastern Europe - forming a bulge of territory stretching halfway from Kiev to Vienna - right across to the edge of the Sea of Japan. It butted up against the Himalayas to the west and to the north, hugging the borders of India. It swallowed up Iran and Iraq and the Caspian Sea, and ran alongside the Black Sea to claim Constantinople (modern-day Istanbul).

In doing so, it covered over 24 million square kilometres - more than 16% of the Earth’s entire land area.

The obvious question is simply “how?”

How did a nomadic, warlike group of people, prone to keeping their fighting skills sharp by fighting amongst themselves and with a lifestyle perfectly calibrated for life on the Eurasian steppe, conquer and hold an area five times bigger than the Roman Empire and filled with over 100 million people, the vast majority of them non-Mongolian?

There are two parts to this answer, and they’re related to the words “conquer” and “hold”. 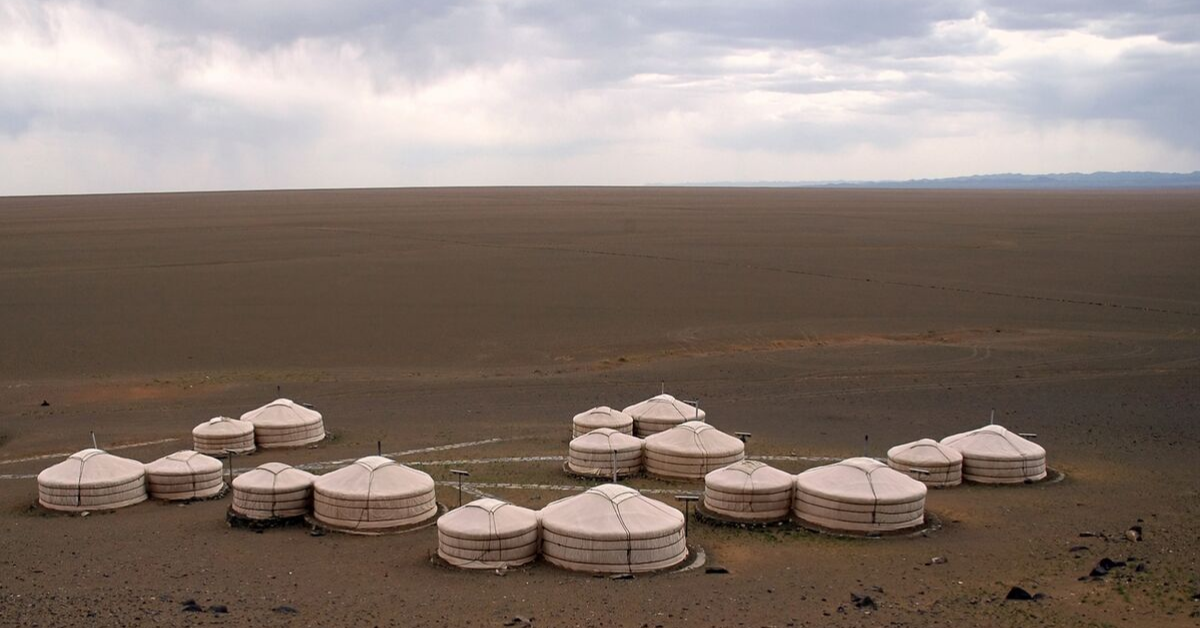 A ger camp in Mongolia. Ger have been the primary style of home in Central Asia, particularly Mongolia, for thousands of years.

When it came to conquest, the Mongols took exactly the same approach as the Romans a thousand years before: they were absolutely merciless.

You may have heard the origins of the term “decimate”, where Roman troops were punished for perceived cowardice and insubordination by being ordered to form a line, and having every tenth man in that line executed on the spot. (Consequently, Roman troops were famed for their loyalty and discipline.)

The Mongols had something similar, called “measuring against the linchpin”. It went like this: if your tribe rebelled against Mongol rule in some way, all the men were marched past a wagon. If the top of their head was taller than the linchpin of the wagon’s wheel, that man was immediately put to death. Without question. Without reprieve. It was just the law.

Like the Romans, the Mongols were disciplined, ruthless and brutal. On the battlefield they were masters of intelligent techniques like flanking, encirclement and feigned retreats that quickly turned into massacres of their enemies. They were brilliantly trained, expertly organised (in groups of multiples of ten, like Roman army “centuries”) and their communication during battle was superb.

With superior tactics and strategies like these, the Mongols quickly expanded their empire with little in the way of serious resistance, under the guidance of Genghis Khan. At first, conquest was all about forcing other peoples to live in the Mongol way - but Genghis was canny enough to see the usefulness of foreign technologies, so he brought foreign advisors and fortification techniques into his military structure.

The Mongols seemed unstoppable - but that was because stopping was their biggest challenge.

While there was more territory to conquer, the Empire held true around its ruler, but as soon as it came to holding that territory, the problems began.

The Romans, facing the same challenge, largely allowed the locals to get on with things as they always had done. They ruled, they imposed taxes, but they let local rulers make all the management decisions on their behalf. The Mongols took a similar approach (it really does seem like Genghis Khan studied the Romans in detail, although there’s no evidence of this). Under a system of laws and agreements (later to become the Pax Mongolica), the Mongols encouraged the peaceful exchange of culture, goods and ideas - with an iron fist if you didn’t agree to it, of course.

By 1294, the Mongol Empire stretched to the edge of modern-day Europe - but it was already fragmenting. By now, “the Empire” was really four different territories evolving very different types of leadership: the Golden Horde to the Russian north, the Ilkhanate across Persia, the Chagatai Khanate in central Asia, and over the remaining majority, the great Kublai Khan had ruled for 30 turbulent years, conquering all of China in the process.

On February 18th, 1294, Kublai Khan dies - and the last hope of reuniting the Mongol Empire went with him. His son continued the policies of Kublai’s Yuan dynasty and even secured a peace treaty that nominally uniting the Empire under him once more, but under the surface it continues to dissolve.

By 1368 the Mongols had lost China to its Han Ming dynasty, and had lost contact with the other Khanates and retreated to Mongolia - and the story of perhaps the world’s most unlikely empire was at an end.

Curious to see the Mongolian steppes in person, and try sleeping in a Yurt? Join us for an unforgettable trip on the Iconic Trans-Siberian Railway, happening in September of 2022!

Join Wheel & Anchor for an Adriatic adventure, beginning with 4 nights at Lake Bled in Slovenia. From ...

Join us for two weeks on the stunning east coast of Sicily. Blessed with the mild climate of the central ...